Fresh from the 2015 Ibiza season, Vista Club’s premier parties like Do Not Sleep & Windtalkers Ibiza were a major success and no doubt shaped the prosperous dimensions of this season’s party developments. During the 2015 Ibiza season I spent many a hazy morning releasing my aura under the spectacularly glistening glass covered roof, so as I re-entered the club at 4.30AM, I had a real jitter of excitement in my ‘Tie-Dyed’ vans.

Spanish DJ Heath Holme has profound respect amongst the European electronica community for his immense track selection and ability to fully ignite dance floors across the continent. He proved his point early Saturday morning as he rocked the initial stages of the Vista & Heath launch with a monster blend of dope, immersive techno grit combined with groove officiated, power surging authentic house cuts. After blistering my ears for several hours to a vast helping of EDM in the Privilege main room, my whole aura rebirthed as I sunk into pure ‘casa’ comfort. Soon sporadic ‘High 5’s’ & ‘Yahoos’ were spreading everywhere from this Irish ravers body. I was home again. No doubt Heath Holme has been making major impacts on the Balearic white isle, you can catch him at the Holi Garden Festival at Benimussa Park in the San Antonio area of the white island this summer.

Luna City Express followed Heath Holme in what was a master class of unified house music; expressive, sensual and splendidly subtle. European, American and all kinds of international revelers painted the ethnic dance floor mosaic of Vista Club. Beautifully crafted ethereal feelings filled my body during the LCE set, I was so honored to be back in this youthful but already legendary glass covered club. A club which once held depraved Circo Loco after party scenes before it’s 2012 makeover! Let the hedonistic party vibes long continue! Lustful sweat dripping from my body, I craved the next crafted doctrine house drop from Luna City Express. As the sunlight creeps up slowly behind the mountainous San Rafael backdrop, LCE continually pumps out crunchy, jackin’ house cuts that send me asunder. No doubt these are artists who continuously ooze timelessness and innovation. Check their Moon Harbor release coming soon!

The glass furnace of Vista Club erupts with sensational light! Ravers can now see their kindred brothers and sisters in full light. Ok, there’s a few jaws still swinging around the Privilege main room but this is the most natural, elegant view in my eyes. Ravers in their purest form; hedonistic, animalistic and provocative.  One-half of groundbreaking, Washington DC duo Deep Dish’s Sharam Tayebi rocked the early morning Vista Club party vibes with a relinquishing set of blistering deep lush grooves, showering the already 6 hours deep stompers into a jazz-tinged, soulful sway! Deep Dish sprang from the flourishing deep house scene, with Junk Science but now Sharam in the modern electronica scene transcends into his own musical finesse by dropping newly produced progressive tech house grooves like Octodub into the multifarious mix. Innovation and dexterous delicacy on the decks are what make a DJ unique and it’s fair to say my soul fully rejuvenated under the mixing skills of this legendary American-Iranian artist. The Vista crowds are pounding in an early morning chasm, there is a newly resurrected raving energy in the air; this is a sign of the utter hysteria about to follow!

Now it’s time for Italian Techno driving forces to take over, we welcome to the decks Torino’s Yaya & Scampia’s Deborah de Luca. These insanely talented Producer / DJ’s curled the musically sadistic blood of their awaiting dance floor purveyors with two monstrous b2b sets! Yaya starts off proceedings blasting deep twinges of illicitly subversive techno rhythms; clanking high hats and continuously chunk-tastic bass lines combine with pulsating, layered subterranean sounds. Resurrection is the key word for the 9.30AM – 12PM period of the Vista Club opening as many of these marathon ravers have already been on their feet for 10 hours plus! Hats off to the Sunrise Edition crowd for they have fully earned their bread! The dance floor is now in swaying unison, in loving appreciation as Deborah De Luca stomps out the last lashings of industrial bangers, straight from Berlin’s 19th century Feuerland (land of fires).  Both of these Producer / DJ’s have crafted their skills from years of experimentation in career and audio, Yaya coming from the M’bamina spread, exotic afro-beat sounds of 80’s Italy. Their dexterity in production and sheer craftwork on the decks make sure these two will be tearing dance floors up all over international waters for years to come. As the crowd spills out of Vista, we make our way to the Privilege bus stop arms held tightly around each other in safe knowledge we were the survivors! We made it!

This season at Vista Club expect parties like London-based label and party Solid Grooves to take over proceedings on Thursday nights and Italian power house techno aficionados Materia to take over on Sundays @ Vista Club, Privilege. Worth a mention also is the Vista Blue room which welcomes MATE, the artist collective formed by Ibiza residents DJ’s and producers, whose goal is to create something new in the underground music scene on the white island.

Until next time, search for the Sunrise! 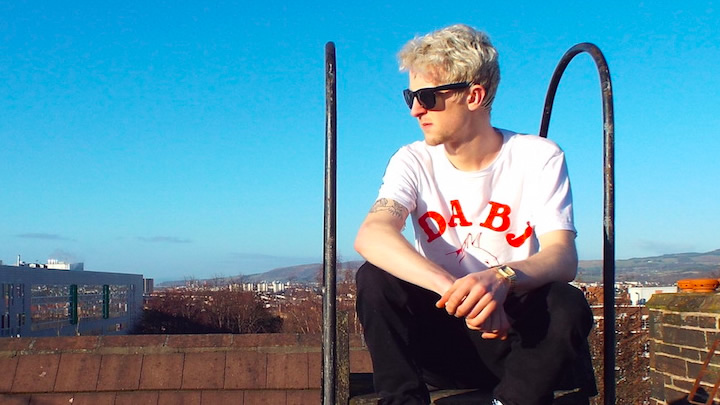