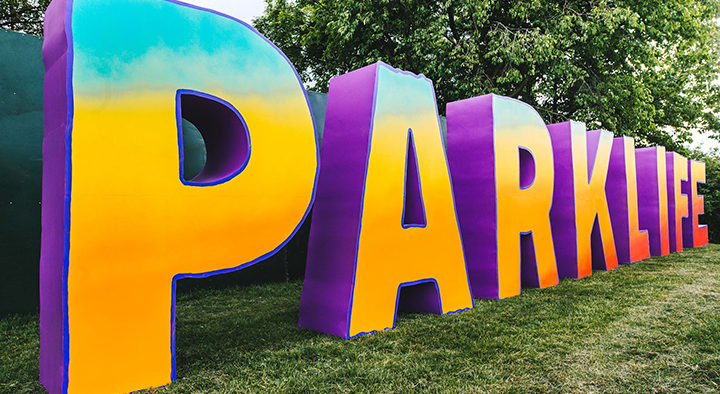 Glitter-covered bodies in their tens of thousands filled the sun-kissed grounds of Heaton Park at the weekend as Manchester’s biggest festival Parklife returned to the city for its ninth edition.

Eighty thousand music fans made the most of the scorching weather – mostly sporting shorts, Hawaiian shirts and sunglasses with cocktails in hand – filling each of Parklife’s eight main stages. 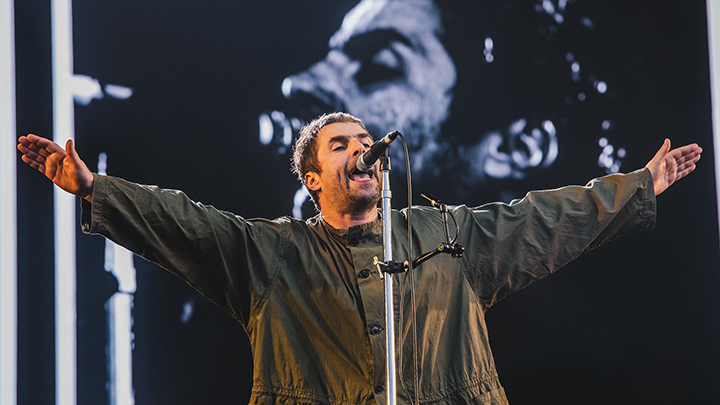 Yet again covering virtually every music genre going, the Parklife team – who are also in charge of The Warehouse Project and Lost and Found festival – curated an impressively diverse line-up that offered up countless memorable moments varying from an emotional rendition of ‘Wonderwall’ by Liam Gallagher and J Hus arriving onstage out of a giant fisherman’s hat with his name on it to A$AP Rocky bringing out Skepta, Bonobo performing with a trumpeter and flute player, Pharrell Williams inviting dozens of fans to join him onstage during N.E.R.D’s performance of ‘Lemon’ and thousands sticking with Annie Mac’s upbeat set even as the heavens opened. 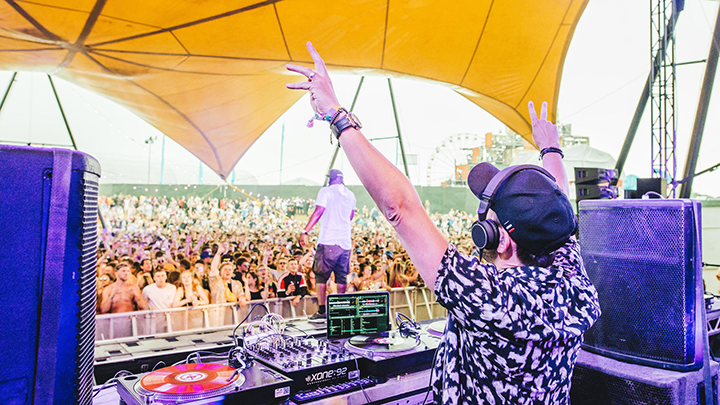 While there were some great pop/R&B performances by Raye, Mabel and Kelela, as well as a Ram Jam takeover with Andy C, David Rodigan and My Nu Leng bringing ground-shaking bass, the main focus of the 2018 weekender steered towards house and techno artists with at least half of the bigger stages dedicated to dance music. 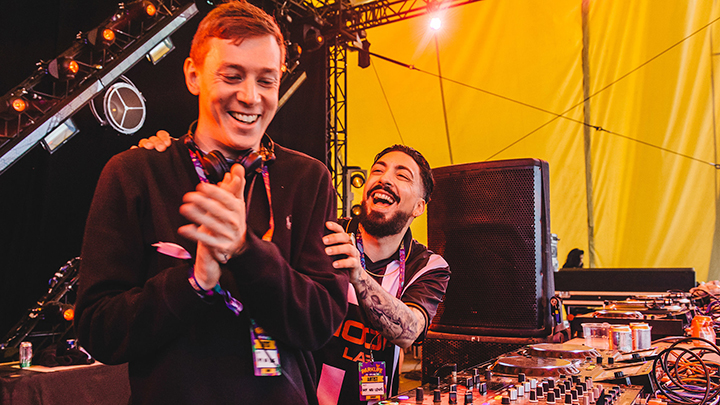 The Palm House was the place to be for house and disco lovers as Chicago’s The Black Madonna brought a top-tier line-up to the greenhouse-like space for her high-energy We Still Believe party.

Following a tireless set by Honey Dijon, Motor City Drum Ensemble delighted the thousand-strong crowd before him with upbeat funk and disco classics, filling in for a delayed Peggy Gou who ran onstage in her hoodie and sunglasses ready to prove why Goumania has taken hold of the dance scene over the last few months.

Starting on an acid-tinged vibe, it only takes a few songs for dozens of shoes to come off and be waved in the air, much to her delight. Closing with her unreleased edit of Shakedown’s ‘At Night’ she hands over to Glasgow’s Jackmaster for an hour of heavier selections before she returns for a brief back-to-back that peaks with Floorplan’s screamer ‘Never Grow Old’. 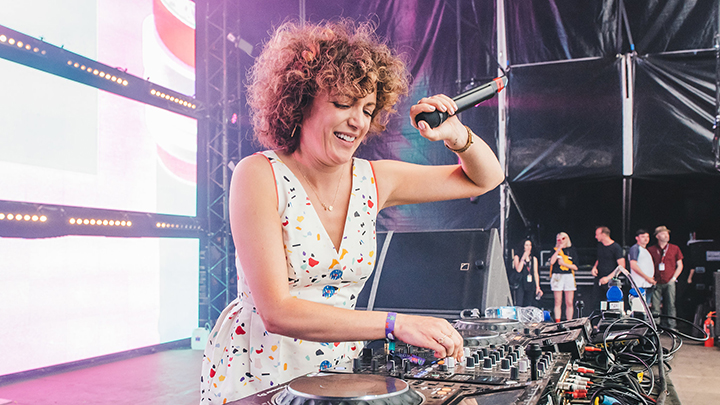 Headlining the stage, Marea Stamper – aka The Black Madonna – delivered upbeat selections as she veered from disco to techno and acid, closing out the first day of the festival brilliantly.

With the sun continuing to shine on Sunday morning, watching Artwork attract a growing crowd to the festival’s newest stage, the Blade Runner-inspired Valley, whilst sat perched on top of the hill was a great way to ease into the second day.

Opting for feel-good disco classics like The Bee Gees’ ‘You Should Be Dancing’ and then bringing the energy several decades forward with Todd Terje’s funky ‘Inspector Norse’, it was exactly what we wanted to hear at just after midday. 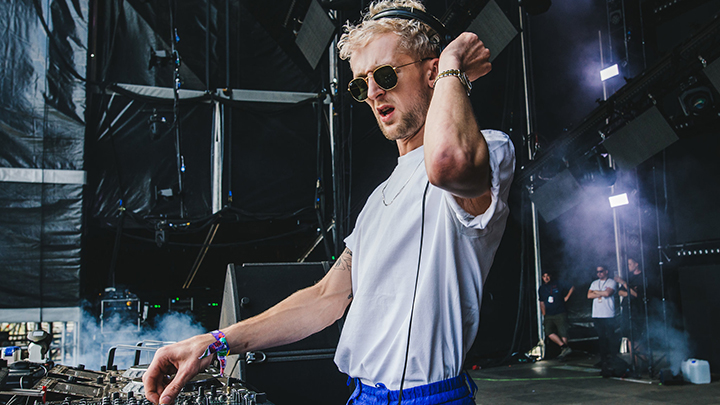 Nearing the end of his hour slot, Glaswegian party starter Denis Sulta appears on the stage, hugging Artwork before picking his friend up to thousands of cheers.

Winning the crowd over instantly after some technical problems, Denis brings it back effortlessly by dropping Destiny’s Child’s ‘Lose My Breath’ (there aren’t many DJs that could pull it off, but here it really works) and later Brame & Hamo’s summer-friendly ‘Roy Keane’.

Over at the crate-stacked industrial-looking Temple, there’s a totally different atmosphere as Manchester promoters Kaluki welcome a succession of hard-hitting techno talent; Alan Fitzpatrick even incites a mosh-pit with the anthemic fist-pumping ‘Turn Down The Lights’.

Later at the Bronx-themed elrow tent, Melé’s percussive and drum-led tech-house is the perfect soundtrack to an explosion of coloured confetti shooting overhead. 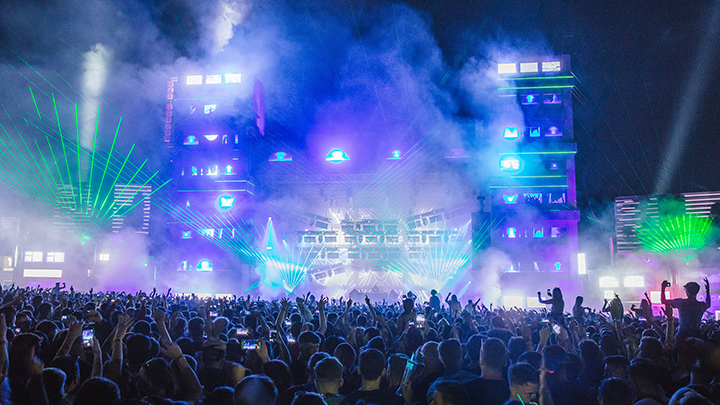 The biggest spectacle of the weekend, though, belongs to Eric Prydz and his astounding light show in the massive Hangar stage. The most impressive strobe set up we’ve ever seen, neon colours move up and down overhead in time with each of his intricate beats. Ending with the now iconic build-up of ‘Opus’, the almost eight-minute-wait is more than worth it as thousands of phone cameras capture the euphoric moment. People talk about real festival moments, but they don’t come bigger than this…

Retaining its crown as one of the most musically varied festivals in the UK, the team behind Parklife are showing no signs of slowing down. And with preparations already underway for next year’s tenth birthday celebrations, its reign at the top looks sure to continue.