Reviewed: Noisily Festival 2018: The Beauty And The Beast 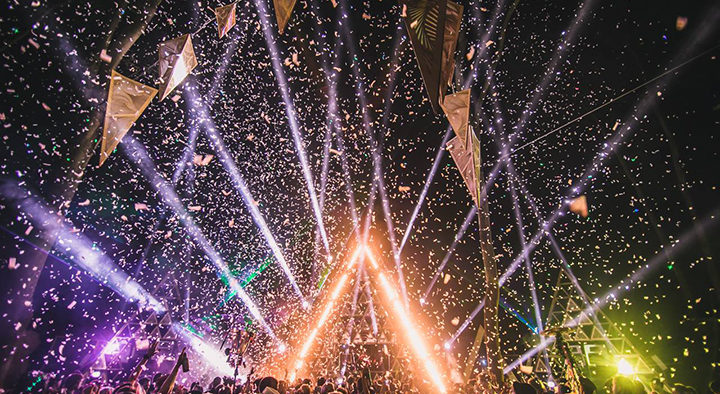 I can’t believe it has already been a year since I first graced the pilgrimage site that is Coney Woods in Leicestershire, where Noisily Festival has blessed our hungry souls for the last 7 years. It felt like only yesterday that I danced for 4 days and nights straight with 4000 people some of whom are now my brothers and sisters for life. You can read my gushing, in-depth and real-time review from last year here. From that sacred experience, I was hooked, line and sinker, and am now a dedicated follower who will return every year that it continues to operate for (hopefully forever). The purpose of this review is to give you curious creatures a glimpse of a reflection of my experiences, both experientially and musically, in the hopes that one day you will join us too at the illustrious beauty and the intimate beast that is Noisily Festival. 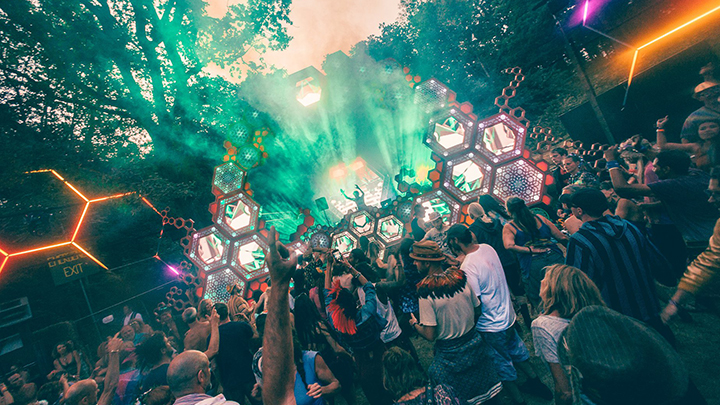 I first stumbled across Aidan Doherty at Noisily Festival last year. Since then I have interviewed him which you can read here and have danced, till sunrise and beyond, at as many of his esteemed Warm Up events in London as I could. Why do I keep coming back for more? Because every set I have heard by him, Jorge Martins and Gus Emmett is incredible, which comes from nothing less than an unrelenting hunger to find the most beautiful and emotionally engaging music to open people’s minds and boy do they do so with gusto. They have blown me away time and time again and this year at Noisily Festival on both occasions was no different. Their consistent and forward-thinking approach to music is inspiring and I will no doubt be seeing these brothers in arms again soon. Listen to Aidan’s guest mix on the renowned soulful techno podcast run by Gabriel Ananda here:

I first stumbled across the Soak LDN crew at Standon Calling last year. Without going into too much detail let’s just say that the midnight hot tub soaking in the pouring torrential rain together, followed by my practically naked and steamy ride on a fairground ride, cemented a bond between us that I will cherish to the end of my days. When I found out they were operating at Noisily Festival I was there with bells and whistles on. Nothing, and I mean nothing, beats the feeling of getting into one of their Finnish wood-fired hot tubs after dancing for however many hours you can muster straight. If you’ve never got ready to destroy the day in nature with a glass of prosecco this was your opportunity to do so. 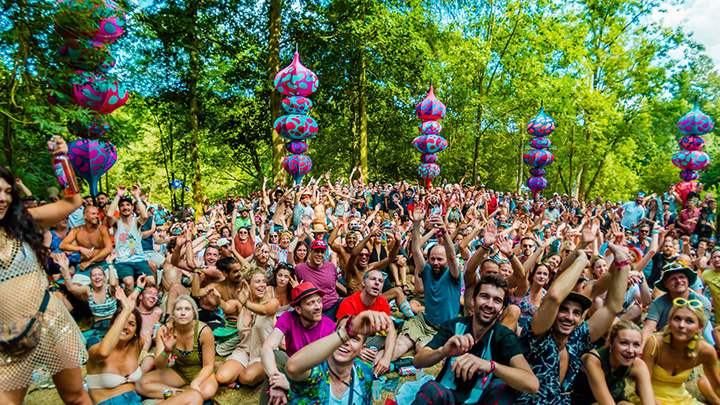 I’m all about stimulating the senses. On top of all the auditory and visual delights at every crevice of Noisily Festival, they offer a fine dining banquet in the woods and this year it was provided by the incredible Honest Edibles crew from Leeds. I indulged in some of the best vegan food I’ve ever had and tasted food I’ve never eaten before. This to me was an ultimate luxury. Highlights included their unique take on sushi which was probiotic and covered in kelp caviar. Didn’t even know kelp caviar was a thing. Similarly, their main course Vietnamese salad had herbs in which I got the pleasure of tasting for the first time. Hello banana blossom. And finally, their dessert…I’m drooling now just at the thought of it; a delectable chocolate mousse made from avocado, cacao and whipped coconut cream. Lush and plush, enough to make ya blush. Brrrr. 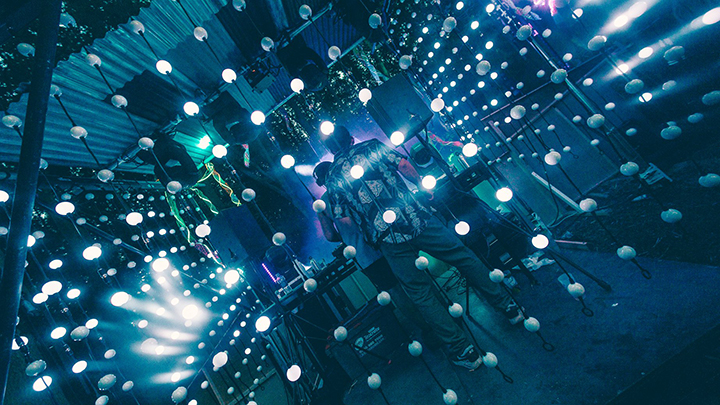 Every day at Noisily festival there is a schedule of performances with the sole intention of blowing your mind. It was hard to choose my favourite performance provided by The Foolish Rogues and their 100 strong troupe, but the all-new aerial installation this year has to take the cake. A combination of cabaret, gymnastics, acrobatics, rope, aerial silks, hula hoop and pole it was nothing short of mesmerising. The amount of talent in that crew is undeniable and the passion they all have for their art forms is astounding. It was so good I watched it twice. Words can’t do it justice. Come to Noisily next year to experience it for yourself! 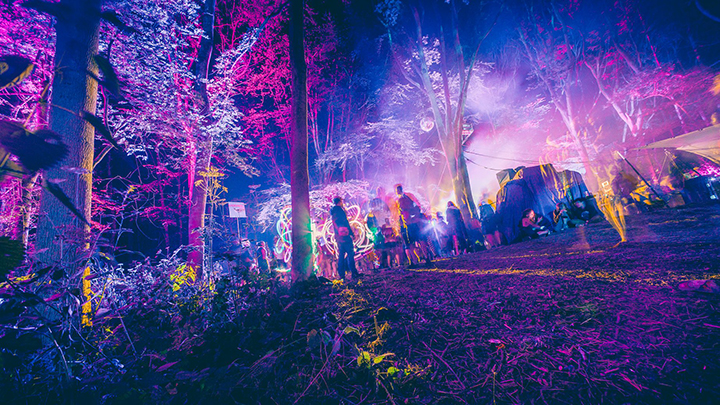 It is hard to choose my favourite set from Noisily Festival 2018 as there were so many of them. But Oliver Koletzki closing the Noisily Stage on the Sunday is the one that stands out the most in my mind. To provide some context, the Berlin based DJ, label owner and producer has just released his sixth album ‘The Arc of Tension’ a remarkable vision of contemporary electronic music. It speaks to its listener as a singular, self-contained work, which communicates by way of its natural flow and arc of suspense. The latter is mirrored not only in the multifarious narrative of the actual album but can also be understood as evidence for its creator’s long musical history. The organisers couldn’t have chosen a better artist whose work truly stands for what the Noisily stage and festival is all about. The soundscapes in his productions were out of this world and his flawless DJing melted the crowd; I gawped in awe and disbelief when he made the crowd think he was closing his set a total of 4 times…4 TIMES…taking it up a gear each time, before actually closing his set at 5th gear with his own version of You’re The Voice by John Farnham. The level of psychedelic vibration and togetherness throughout the crowd was unreal. I hope he releases the live recording of his set soon but for now, check out his recent set from Fusion Festival in Germany here:

Shout out to Michael, Pixie DeMí, Tran, Pete, Kaylee and the Kent crew. The festival would not have been the same without you crazy mofos.

Shout out to the organisers who put on this incredible festival every year. Keep the magic coming, you gorgeous beautiful humans.

Shout out to all the performers keeping us entertained especially @Jovis_AKA_Mr_Pink. You were wicked. 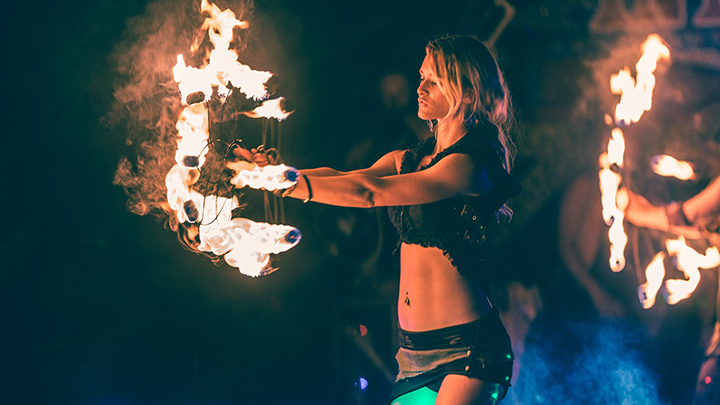 Shout out to the new stage and relaxation areas. Just when you thought the woods couldn’t be expanded or diversified any further. Really enjoyed the ‘Parliament of Funk’ Stage and ‘Orca Sound Project’ Area. Also the craft your own teddy bear wall was hilarious. Fun for daze. Seeing pieces of bear all through the woods on Sunday brought me much amusement and was super functional.

And finally, to the festival crew; you beauties and beasts know who you are. Till our paths cross again (hopefully soon) ;-p

In Conversation with… Aidan Doherty Founder of Warm Up

5 Artists You Need To Check Out This Month: May