Last Saturday, thousands upon thousands of sun craving music lovers dressed head-to-toe in the ‘latest’ 70s and 80s inspired garms flocked to Birmingham’s ever evolving and vibrant city centre with one goal in mind, to party! In its third and biggest year, MADE was held at and hosted by Rainbow Venues, one of the most unique and memorable venues in the UK – fact.

The festival featured 9 fully kitted stages, ranging from large capacity outdoor festival-esque stages to smaller and more intimate stages in the form of clubs and sun terraces. All the stages had a remarkably unique sense of character and identity to them that easily led you to forget you were at a festival with 8 other stages. However, one element was very consistent and obvious everywhere you went: every stage had one of the best AV (audio-visual) setups I had ever encountered in this country. The sound – mindblowing. The visuals – hypnotic. The atmosphere – electric! To blame for the outstanding sound that Saturday was an array of Funktion One speakers and subs that made the sweet sounds of the likes of Stormzy, who performed (on the Heavy Bass stage) a crowd-hyping medley of songs including “Know Me From” and the obvious favourite “Shut Up”, so much sweeter.

Before skanking and shouting along passionately to Stormzy set, we were treated to a brief but energetic performance by the ‘Queen of Grime’ Lady LeShurr, whose set was only 15 minutes long due to her arriving 15 minutes late. Quickly climbing through her Queen’s Speeches and finishing with her latest single “Where Are You Now?”, not once did her energy diminish as she swamped the stage with her pint-sized, yet plentiful, presence.

Over at the MADE stage, Kano reminded us all why he’s one of the true Kings and Forefathers of Grime. Performing a medley of songs from his long-awaited new album, ‘Made in the Manor’, and finishing with an emotional and sentimental performance of ‘This is England’ that had the whole crowd united in synergic chants, securing the moment’s place highly in people’s favourites from the jam-packed day.

Earlier in the day, whilst stood in the middle of ‘The Warehouse’ stage, I was transported to some sort of space-rave-ship with Hugo Massien as the pilot, flying us through heavy bassy house, trippy bitty techno and groovy funky disco tunes complimented by a specular light show that left you feeling like you’re in some sort of timewarp. It was great!

One of the most memorable DJ sets of the day was, without a doubt, Andy C’s. Performed on the Hospitality stage (officially called ‘Block Party’ stage), he pleased the crowd with an almost cinematic intro featuring heavy bass and binaural sounds and beats. Once the intro ended we witnessed Andy drop banger after banger including a crazy mashup of ‘Mr Happy’.

As I headed to ‘The Sunshine Terrace’ stage near the end of the day, the atmosphere was as high as ever even as the sun went down, yet the sunglasses all stayed on – go figure. Keeping the spirits high and the crowd moving over at ‘The Sunshine Terrace’ (Hosted by LowSteppa & Friends) was Tommy Vercetti. Mashing up and mixing his selection of funky fist pumpers and hip movers he carried the crowd into the final hours of the night and the crowd showed no sign of letting up.

It’s back to the ‘Hospitality’ stage for the last performance of the night – Noisia. After hearing a few new tracks of theirs, I was very excited to see the set; and they didn’t disappoint. Parading through a well thought out selection of drum’n’bass, trap and some downright experimental stuff, they made sure that MADE would remain in the brains and hearts of every single raver there. An hour of heavy skanky, barging, moshing, dancing and shouting saw us at the end of the spectacular day.

Last weekend, the second city did it big! And, I’m glad I was there to witness it. 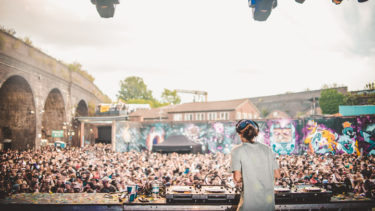 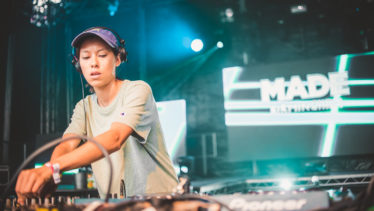 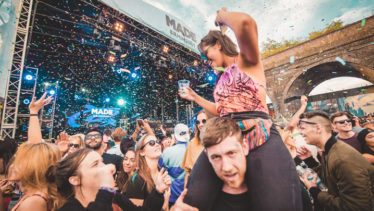 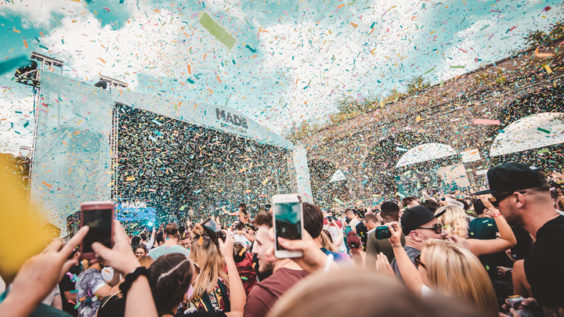 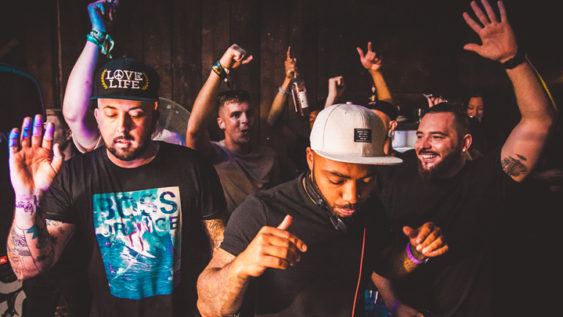 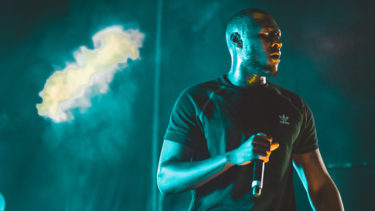 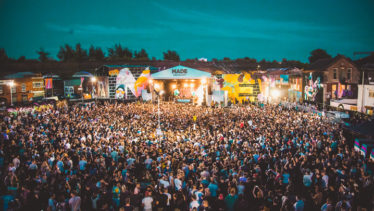 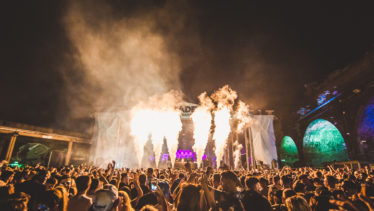 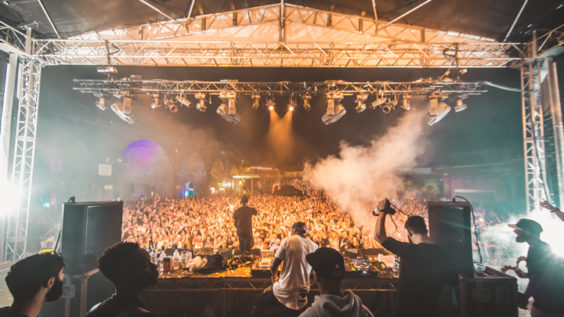 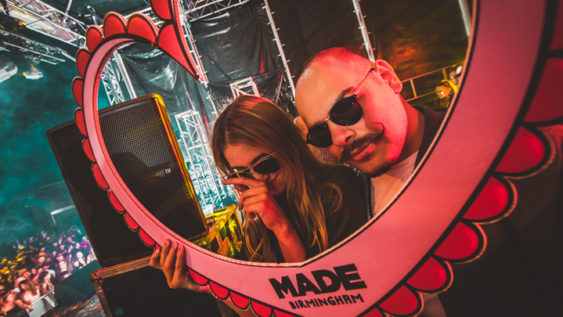 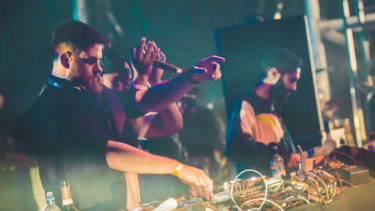 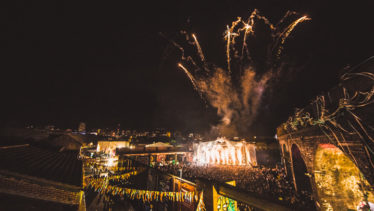 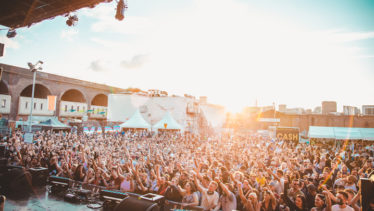 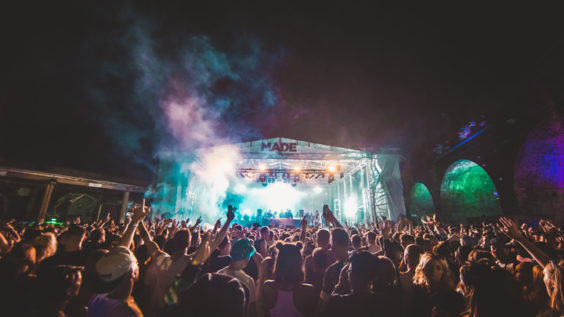 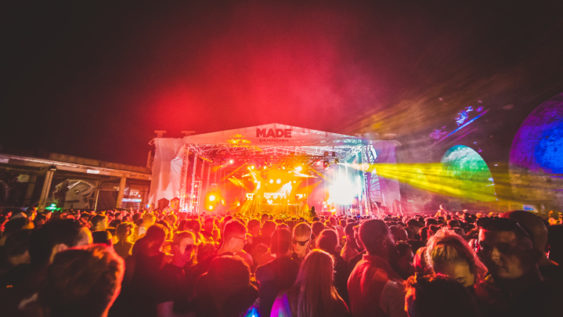 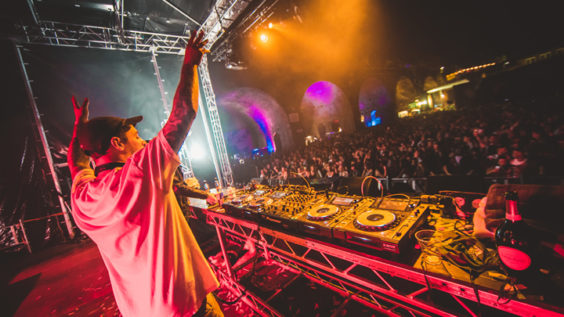 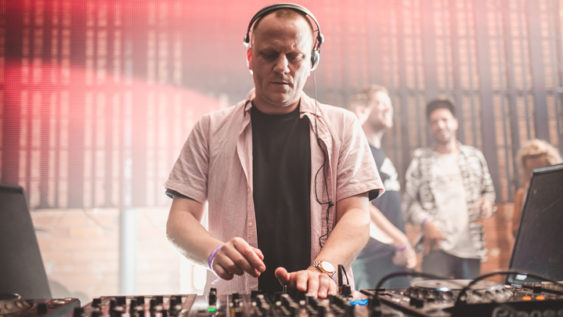 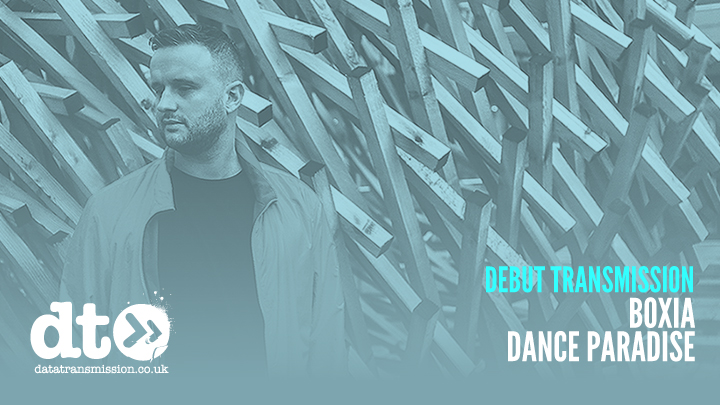