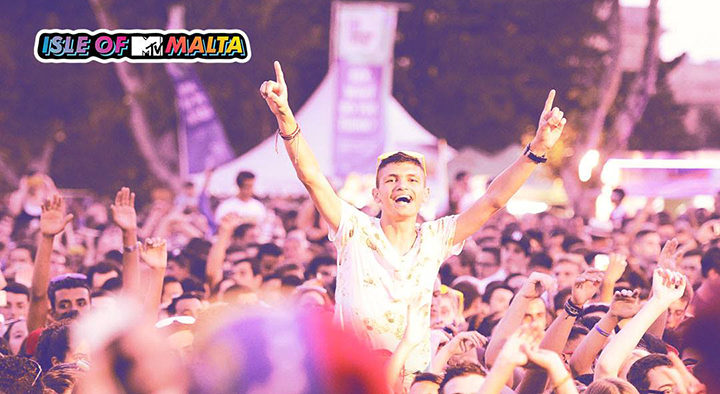 An island of culture, heritage, sun and music, Malta is the perfect holiday destination to do it all. After taking a trip to see both the party side of Malta through attending the Isle of MTV Music Festival, and having the opportunity to visit the more tranquil and scenic areas within Malta, I have been suitably convinced that Malta is the next big party holiday destination.

Isle of MTV x Malta Music Week hosted events on all over the island, with this year’s opening concert on Wednesday 27th June welcoming Jason Derulo, Paloma Faith, Hailee Steinfeld and more, and an after party with Dimitri Vegas and Like Mike, and events continuing throughout the weekend with parties from the 28th of June to the 1st of July.

We were invited to the island by the Malta Tourism Authority (MTA), meaning all was planned and booked for us, with some time to ourselves for our own adventures. The MTA scheduled our trip so that we saw both sides of Malta – the scenic side and the party side. 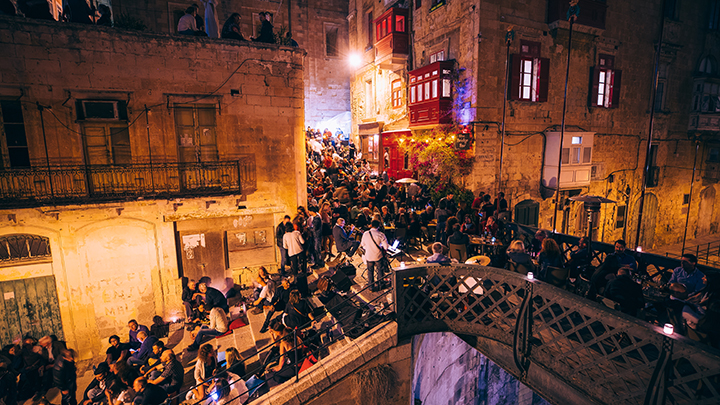 With cheap transport all over the island, a population of just over 400,000 and having gained it’s independence from the United Kingdom just over 50 years ago in 1964, Malta has the heat and backdrop of a Mediterranean Island, with the familiar feel of the U.K.

We attended the events during the latter half of the week, arriving into Malta late on Thursday night and welcomed off the plane to 30 degree heat. A taxi was waiting for us, and took us straight from the airport to the hotel. We stayed in the very glamorous InterContinental Malta, a 19 storey high hotel with a rooftop pool and bar, hosting panoramic views of Malta.

After checking in, we headed straight to the Aria Complex for Pacha on Tour ft. Sigala. Aria Complex is an open-air venue in the North East of Malta, with an impressive light, sound and visual graphics display. We arrived at the club at around 12am, to the support DJs playing remixes of Pacha house classics, such as Lady Hear Me Tonight – Modjo and Lola’s Theme – Shapeshifters, before welcoming Sigala onto the stage at 2am. Sigala opened with his most famous track, Lullaby, and continued keeping the crowd moving for the final hour. We stayed until around 2.30am, as we had an early start on Friday morning. 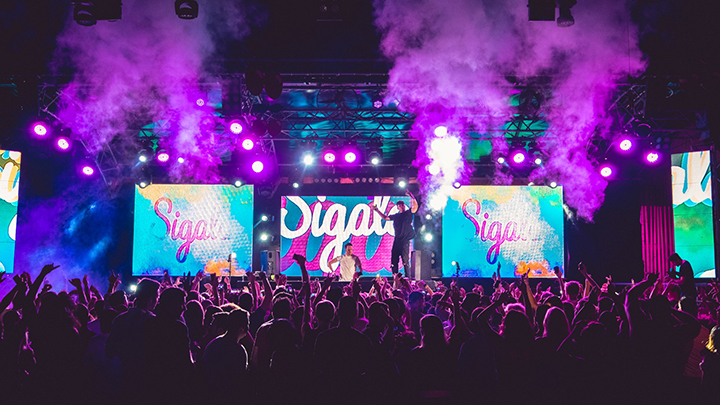 Friday morning was spent with a Maltese tour guide, walking through the narrow, cobbled streets of the capital city of Valletta. The bright midday sun streamed through the gaps in the tall buildings as we visited authentic 13th century houses, with architecture enriched in the islands’ long history. We headed for lunch at Marsaxlokk, a traditional fishing village on the South East coast of Malta, to dine beside the small harbour. Most of Malta’s restaurant menu’s typically comprise of fresh seafood, with vegetables.

After lunch, we headed to the Blue Grotto, a series of seven sea caves on the South coast of Malta. We took a tour on a small boat, which took us in and out of each cave, allowing us to go out into the clear blue Mediterranean Sea. 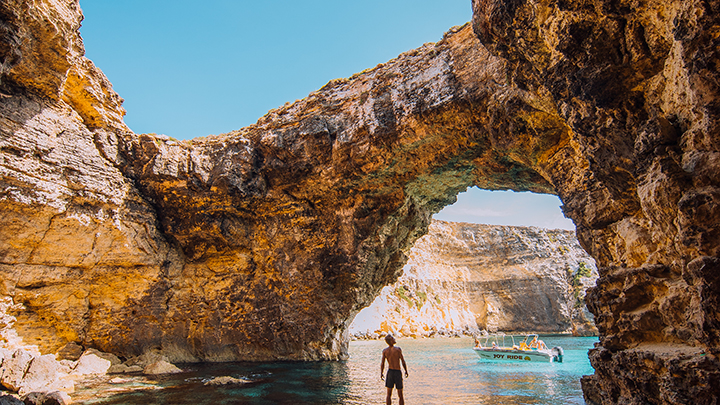 We then headed back to the hotel for a rest, before going out that night. We had dinner at Aqua Terra e Mer, a seafood restaurant in Portomaso Marina.

We then headed to one of Malta’s biggest party complexes, Gianpula Village, for G7 Fridays x Isle of MTV Presents Red Foo. Gianpula Village is a 4000 person capacity venue, with seven bars and a VIP area. The event was in the main stage, which comprised of a huge outdoor area with a dome-shaped stage, a VIP area on the Mezzanine floor behind the stage and multiple bars. Full of palm trees, fairy lights and a sunset backdrop progressing into a night of dancing under the stars; the atmosphere was electric. 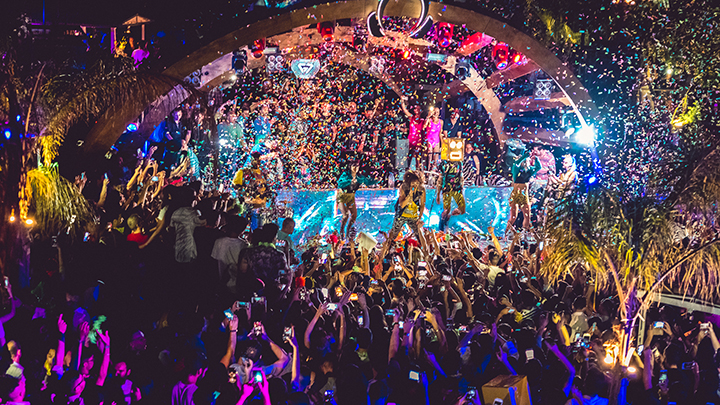 We arrived to the support DJs opening the night with classic party songs such as Lykke Li – I Follow Rivers, and Round Table Knights – Calypso. Red Foo took to the stage at 2am, with an entrance full of smoke, confetti and back up dancers. Playing the notorious Party Rock Anthem, and Sexy and I Know It, throwing beach balls and inflatable animals into the crowd; it was everything an island party should be.

On Saturday morning we visited the impressive St. John’s Cathedral, which was erected in 1577. We then headed for lunch to try the local delicacies; snails and rabbits, neither of which I tried but was grateful for the opportunity. We then headed back to the hotel for a power nap, before heading out that evening to MTV’s famous ‘The Grind.’ MTV’s ‘The Grind’ was a live pool party, hosted in venues all over America, broadcast on TV from 1992-1997. ‘The Grind’ was famous for dance, house, hip-hop and rap music. 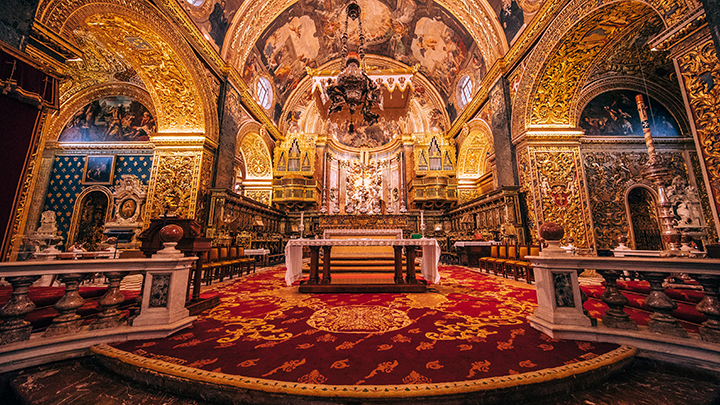 MTV has hosted ‘The Grind’ pool party in Malta for 12 years running, and it is always a huge success. With a guest appearance from Red Foo, the party was full of people dancing, jumping into the pool, playing with beach balls and sunbathing. This event was held on Malta’s east coast at MedAsia Playa, a seaside bar and pool venue. We stayed until sunset, then headed back to the hotel.

After a few nights of commercial music, we wanted to experience Malta’s underground music scene, and found ‘The Playground Club.’ A small, dark, smokey 300 person capacity club in St. Julians, Malta, it was exactly what we were looking for. Promoter Alleanza brought American techno artist Barbuto to Malta for this special night, and it was one I was glad I didn’t miss. Having, up until this point, associated Malta with EDM, UK Commercial House and Dance, this night made me realise the potential within Malta for an underground scene. The support DJs (DJ Lenny and Glenn Frantz), both Maltese, played a set full of rhythmic, heavy bass, enriched in classic European techno. Malta is the perfect place to party if you’re looking for underground music, it just needs more of it. Malta welcomes Glitch Festival to Gianpula Fields from 14th-16th August, with an insane line up of Nina Kraviz, Amelie Lens, Floorplan, Peggy Gou and many more, it is one not to miss. 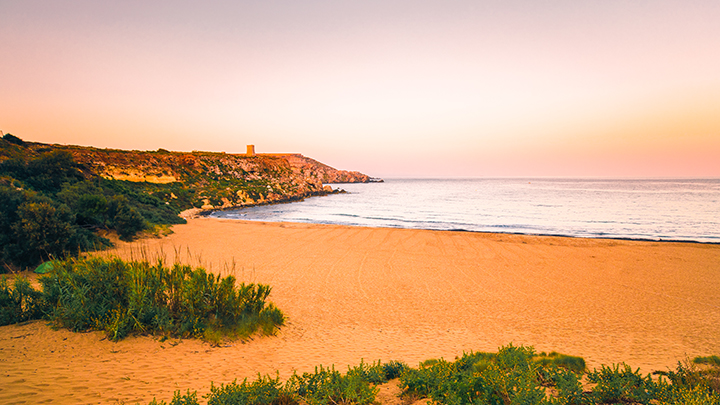 By Sunday we were all exhausted, but we had our last day to ourselves to relax in the sun, so we headed to one of Malta’s iconic crystal blue and sandy beaches; the perfect place to spend a hangover.

On Sunday night we headed to the North East coast of the island, to what I considered the most prestigious and picturesque clubbing venue of the weekend, Malta’s Cafe Del Mar, for the sunset closing party with British DJ and producer Jax Jones. We arrived at Cafe Del Mar just in time to catch the last glimpse of the sun set behind the sea; a beautiful ombre of bright red, orange and pink. Cafe Del Mar is right on the coastline, with an infinity pool, perfect for pool parties. But no one was in the pool for this party, everyone was crowded around the DJ booth, eagerly anticipating the arrival of Jax Jones. Having only heard Jones’ Don’t Act Like You Know Me, and House Work, I was intrigued to see what sort of set he would play, and surprisingly I wasn’t disappointed. Playing classic summer house anthems, from Tim Bergling – Seek Bromance to Eric Prydz – Pjanoo, there was something for everyone in Jax Jones’ set, and so it was a perfect way to end a great weekend. 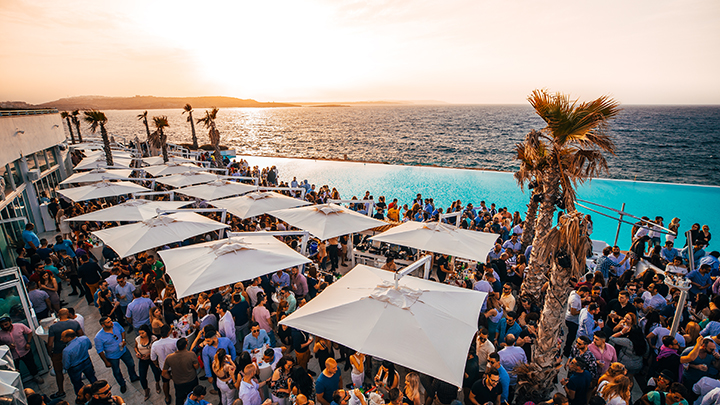 My drawn conclusion from this weekend is that Malta is an island with the best of both holidays, it has sandy beaches with crystal clear, blue water, lots of places to lounge in the sun, old town squares, fishing villages, boat rides, cathedrals and a rich history, alongside an established but growing nightlife scene, full of beach and pool parties under the sunset, lavish outdoor nightclubs, but also dark, intimate clubs and a growing techno scene.

Tags:
Previous Article
5 Acts you shouldn’t miss at Made Festival
Next Article
M.F.S: Observatory step up with their ‘Observatory P’ EP