Often lauded as the party capital of Europe. And it isn’t difficult to understand why. When night time economies around the world fall out of grace with their authorities, it is Berlin’s model which is offered as an alternative. As an example of what can be achieved if creativity is encouraged, instead of stifled. Here it thrives. Techno may have been born in Detroit, but it has been perfected in Berlin. Refined. The conditions here are so that it has served as an incubator for the scene’s top talent. DJs, producers, label, parties – all of Techno’s elite base themselves out of Berlin’s creative hub.

HYTE are our hosts for the night, and they’ve flown in the heavyweights for the occasion. We find ourselves winging our way to the city limits on the S-Bahn. Having joined the masses at Brandenburg Gate to countdown the New Year, it’s now a race to reach Arena Berlin. Despite the hoards of thousands, the train network is running punctually. German efficiency – revered the world over. Fireworks continue to erupt the length of the River Spree, guiding our carriage into the darkness.

We arrive in the eastern outskirts of the city. It’s situated on a built-up, industrial estate overlooking the river. Dystopic in nature. You could be forgiven for believing it was the last outcrop of humanity on Earth. One final sip from the hip flask then we follow the steady stream of partygoers. We’re out of our comfort zone, in alien territory.

We enter Arena Berlin’s halle and gawp at its enormity. Dark. Vast. Industrial. It’s everything you could want or imagine for a 9,000 capacity venue space. A 6,500 sqm playground. The “booth” at the end is better described as a stage. The level of production is concert-sized. Standing in the middle of the dancefloor, we struggle to think of an act better to walk-in on than Dubfire. So awed by our surroundings, it is only now that the music hits! Dubfire: Hybrid Live is a show we have seen before. But it excels in this – its natural environment.

It is a show which Ali has toured around the globe. From the ancient citadel of Dalt Villa at IMS Ibiza to Clapham Common at South West Four. Dubfire’s silhouette is projected onto the screen behind him as he works through his repertoire. It’s a reminder – if one was needed – of how many great tracks he has produced in the past decade. The show reaches its thrilling conclusion, all audio & visual elements fusing together in glorious synchrony. Streamers hail down from the rafters.

The Sci+Tec boss, dressed head-to-toe in black – what else? – stands on the booth and applauds the crowd. The turnaround presents a pause in the music. Might this affect the momentum of the night? Hardly. What better way to see in 2017, then the man who has shaped 2016? Enter stage centre: Mr. Carlton. Cox. He adorns his tight Techno Religion top. It’s about right.

What more can be said about Coxy, that hasn’t be said already in 2016? Even by his own standards, he has had a supersized year. Far from slowing down, as he keeps protesting he intends to, it seems his touring schedule is as hectic as ever! Manchester for WHP last night, then onto Tobacco Dock for NYD after here. Add to that his Pure festival project down under in the early stages of 2017. He even found time to record an alternative Xmas Day message for Mixmag. The man is a tour de force of dance music.

This is Coxy in buoyant mood. Charismatic. Jovial. No suggestion of any burn-out here. The light show is ramped up a notch, and we get the impression the lighting engineer has finally been given a free-reign! That unmistakeable fluorescent smile compliments the light show. “Happy New Year Berlin HYTE, YES!” Almost instantly our headliner delves into Acid territory. The big man is bumping! We hear several Matador cuts from his Rukus imprint and a few Intec tracks for good measure. Then we’re treated to a guilty pleasure: ‘Blue Monday’ (well, it is New Year’s Eve afterall!)

As we approach silly-season on the White Isle, HYTE are yet to show us their hand. The Artist Alife-led party has had a baptism of fire in their first few seasons. Whilst rubbing shoulders at Amnesia with established techno parties Cocoon & Music On, they also found themselves going head-to-head with Brit-stronghold Paradise on Wednesday nights. It’s fair to say the competition was fierce.

That said, they remained true to what they stand for, never deviating from their modus operandi. And neither should they. Credible, well-crafted line-ups headed by the talismanic Loco Dice, and showcasing an array of talent from Caribou to Enzo Siragusa, DJ Harvey to Kenny Dope. On this evidence, we suspect free-agent Coxy might just make a cameo this summer… YES TO ALL!

The mood on the dancefloor is befitting the occasion. Carnival scenes. We’re expecting their main man, Loco Dice, on next. But it appears there’s a change to the schedule. We jump on his social media channels to see if the Düsseldorf native has had travel disruptions. No suggestion he has. It’s soon forgotten though, as Dubfire & Coxy go for an impromptu back-to-back. We’ve still got the salivating prospect of Hawtin yet to come. Chris Liebing after. And – if we can last the distance – there’s dancing all the way through to noon and beyond in the adjacent club room.

The rest of the night is a haze of Jäger shots and beaming faces. It’s been a New Year to remember… despite the apparent gaps in our memory. Hopping back on the S-Bahn, our hotel bed beckons. We check the time. Lucky we packed our bags the night before! Berlin. Wow. And it feels like we only scratched the surface. How much of the underbelly did we actually see?  A subterranean world of adventures awaits. We’ll be back. Next time we’ll dig deeper. Get off the beaten track. Go more intimate. Auf Wiedersehen! For now. 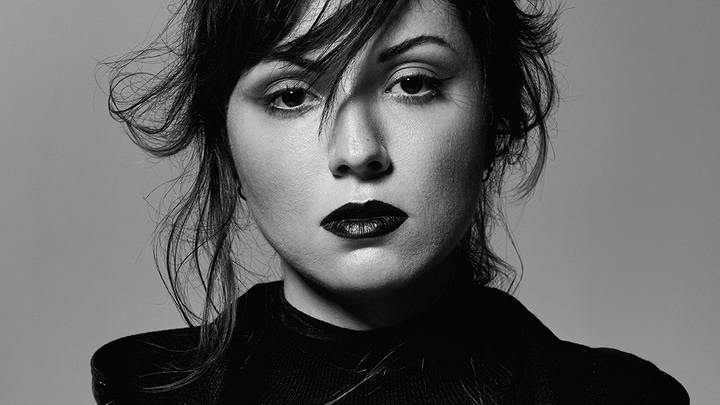