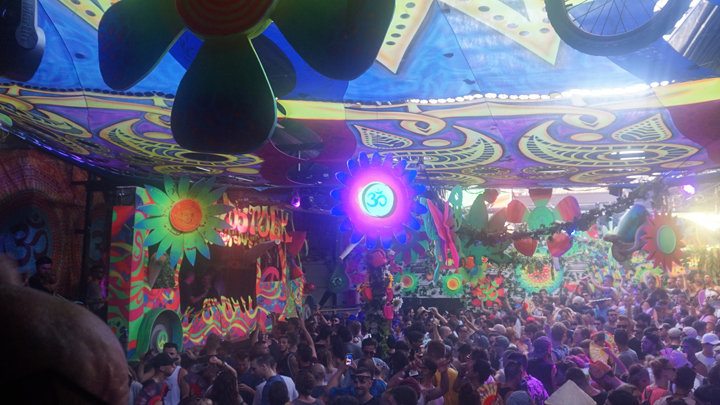 It was a short 30 minute bus journey from la Cathedral after buying a “number ten” travel ticket from the subway for 4.50 euros which allows you to travel ten times on any public transport (great money saving tip). We were dropped at a bus stop on the side of a busy motorway near central Barcelona airport, with advice from the bus driver to follow a narrow trail through the woods, this was when it was clear we were in for more than we bargained for! As soon as we reached the clearing and had completed our forest adventure, we could hear the faint thud of a baseline in the distance. After following some fellow ravers round a winding maze of small gatherings of people playing music out of their cars dancing, we finally reached the summit and after a short wait entered the box office queue……

The tomfoolery began immediately as we entered into what seemed like a small side road in a busy market town in medieval times, only in an alternate reality somewhere in a universe where down is left and only dogs are allowed to eat cheese…crazy absolutely bonkers in other words! To our right a pizza delivery man bursts through the crowd frantically looking for the owner of the 10 strong stack of pizzas he’s holding with one hand and on our left a very loud and eager priest welcomes those into his church, marrying ravers and baptising those who were weary from their pilgrimage. 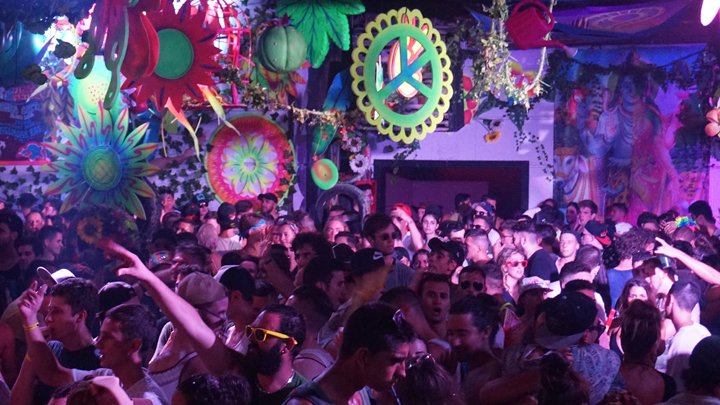 As we progressed through the crowded streets of insanity we started to approach the terrace (Terraza) stage and as we arrived we were able to catch Marc Maya b2b Toni Varga on the decks dishing out the bangers and mash. The sheer size of the cabin like arena dwarfed us, lined with heavy duty fans in every corner ensuring ravers was kept as cool as a cucumber. A technicoloured sea of confetti streamed through the air like a thousand weddings were being held at the same time. There were “billion dollar elrow” notes scattered beneath our feet which lead us to the conclusion that this was already expended ammunition from a previous confetti canon that we had missed. What we hadn’t missed, was the start of a carnival like celebration that had giant green ogres and a wide variety of other mythical creatures in attendance. Swinging above our heads were a number of huge yellow blower fish and surveying this utter pandemonium were the iconic elrow red glasses positioned above the stage, shining through like a red beacon. The presentation was absolutely astounding it really was a 7th anniversary to be remembered!

The way the venue was set out, you had to walk past the Terraza stage to make your way to the main room which had a corridor leading to each connecting stage. when we arrived at the main room it felt like we’d stepped into a peace rally sixty years ago! There were ying&yang signs hung from the ceiling, flowers, and hippy doodles painted in a multitude of neon colours all over the walls, this certainly ensured the groovy atmosphere would last all night long. Art Department was playing as we walked into the room, and it felt like being hit in the face with a solid techno brick. He was absolutely smashing the place up, and the crowd was lapping it up and this was only the second room we’d encountered!

The place was rammed with happy people, it was clear inhibitions had been left at the door. We then strolled over to the next room which reminded us of a deep dark underground basement, similar to Sankeys IBZ. On the decks we caught Baum, the vibes were completely different and the crowd was absolutely buzzing, every single face we could see in the crowd was smiling from ear to ear. 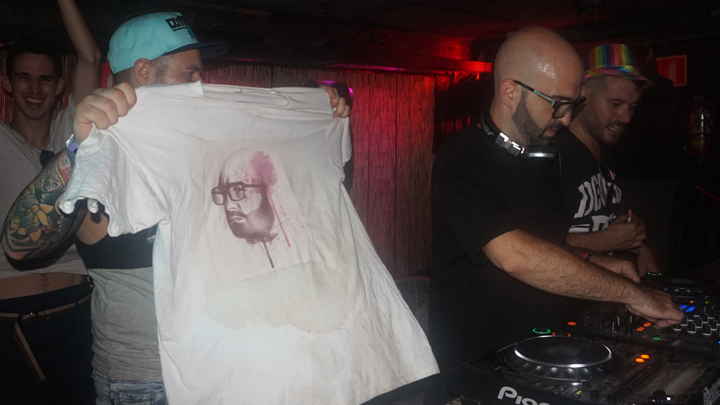 All of the DJs were incredible, which makes it very hard to tell who was the best out of them all.

After taking the final corridor we began making our way through the busy streets of elrow to the (Ker) stage gave us even more to marvel at, a love child of both the main room And the earlier experience we had at Terraza. This time Guti was constructing a live master piece to which everyone was on the edge of their proverbial seats literally enjoying every second of the spectacular show.

wAFF took to the decks with his usual swagger and energetic tech house style getting the crowd rowdy from the first drop providing wave upon wave of entertainment – the music throughout the day was defiantly on point. 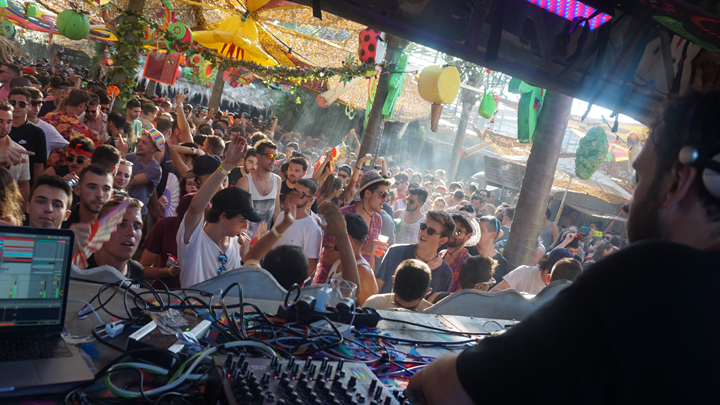 Towards the final chapter of the nigh, we caught some parts of incredible sets from legends like Damian Lazarus, Guy Gerber, Richie Hawtin, Steve Lawler, Jamie Jones and De La Swing. As darkness settled upon elrow, thousands of fairy lights came on, illuminating the dancefloor like some kind of forest rave in the Hanging Gardens of Babylon.

The whole day really was an adventure that would be a sight to behold for spectators of all ages! It was our first elrow but it certainly won’t be our last! Barcelona is an amazing city and we can’t wait to come back!!!!!! 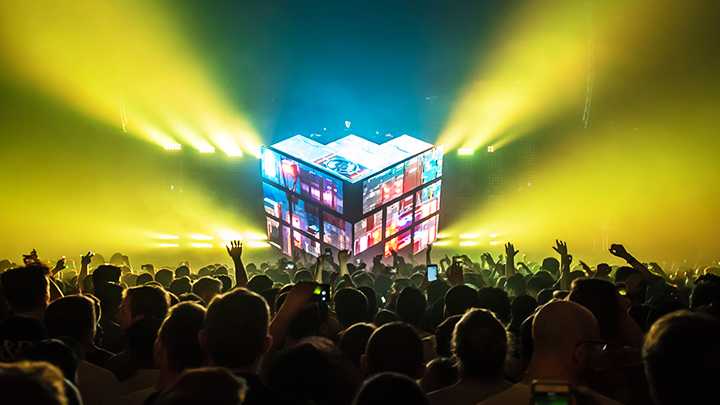