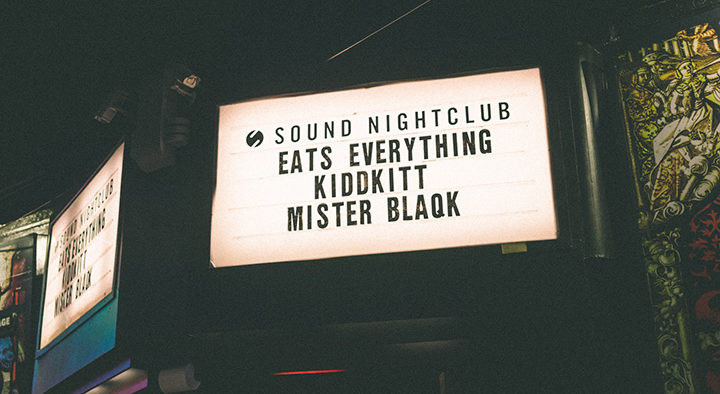 Never underestimate the importance of a good hug. It’s restorative. It feeds your soul.

Eats Everything has a hug for everyone. On his way into the DJ booth at Hollywood’s Sound last night, he hugs person after person, with a particularly big one saved for Sound resident, fellow Bristolian, and final opener, Kiddkitt who lit the room up at just the right moment. Then he starts dancing with such positive abandon that if you didn’t know already, Eats Everything is raver first and DJ second. As Kiddkitt launches his last track, he stops the music just to scream ‘Eats Everything!!!’ All erupt in cheers. Before even putting his headphones on, Eats Everything has netted the love of the room.

The return of UK’s Edible label boss to Los Angeles has been hotly anticipated. The Bristol hero first arrived on the US electronic radar via the Dirtybird crew and he’s now unquestionably cemented in the upper echelon of House and Techno DJs worldwide. He hasn’t played in Los Angeles yet this year and the greeting he received last night at Sound tells you everything. LA has missed him. 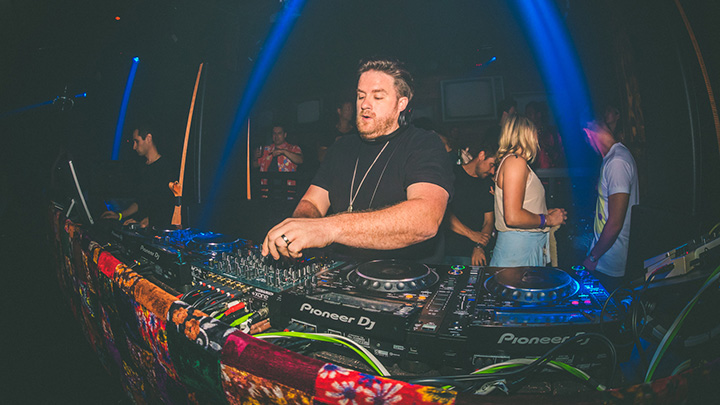 Sound is a beautiful club both aesthetically and sonically. The main room glistens with colour and the Pioneer system packs a huge punch — plenty of pant-flapping low-end frequencies yet still magically maintains perfect clarity of sound on the high end. In other words, this system loves House and Techno. Deep affection for the art of the DJ even extends to mad visual respect for tools of the trade – Sound displays spare DJ equipment in a locked cage next to the bar, like priceless works of art. It simultaneously demystifies the tools of the trade and says ‘only the chosen few can play with these.’

Among the most enticing features of the club, is being one room. Step inside and you are practically on the dance floor. Two possible configurations place the DJ either at one end of the rectangular space or like tonight, right in the middle of the long side, a brilliant choice because you feel like the DJ is on the dance floor WITH you. And that’s really the optimum way to experience a set from Eats Everything. He doesn’t just bring the music, he brings the party. 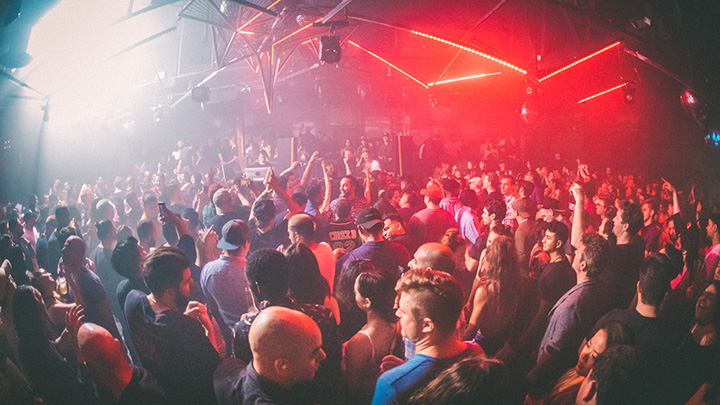 True to form, Eats Everything effortlessly took the crowd on an underground electronic adventure, traversing between punchy Tech House and rich, unrelenting Techno, always laced with gritty vocals and samples, some from his existing catalogue and others completely fresh. He never loses contact with the crowd and there isn’t a track that goes by over the two-and-a-half-hour set where he isn’t dancing with us, hugging friends in the booth, shaking hands with fans or just clearly engrossed in the music he plays.

Don’t be hoodwinked by Eats Everything’s party excitement and ‘joi de vivre,’ though. That’s his spirit but the backbone of what he does is technical excellence. Four decks, a Xone 92 mixer and multiple effects pedals are all utilised to create unrivalled flow and moments of high drama. He sucks the crowd in with acid grooves and just as they settle in, hits them hard with a Techno battery that sits at a bpm fast enough to put you in a frenzy yet slow enough that it can catch you and pull you around the dance floor. 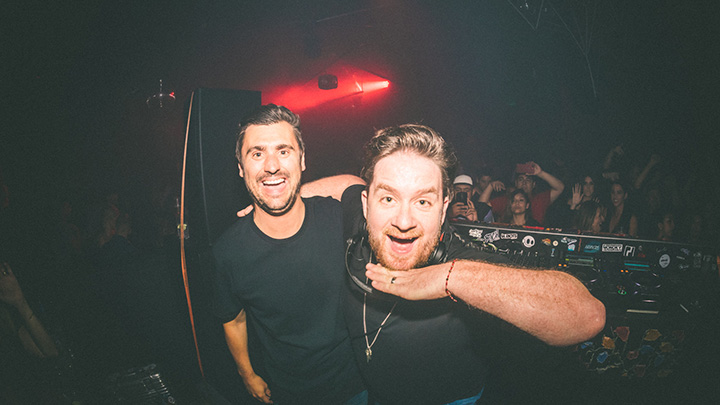 Winning over the crowd in this Hollywood hub for House Music is no gimme. Like Hollywood itself, this room is not homogenous and killer DJs attract Locals, tourists, diehard music fans and more from every corner of LA and beyond: So the fact that Eats Everything was able to galvanise this dance floor into a heaving mass of excitement, says it all. No. Surprise. Eats Everything never gave up his spot on the dance floor and it’s like he took every person in Sound, drew us into a group hug and we all jumped up and down. And as we know… that’s what feeds the soul.