“The hype”. It’s often maligned. But that’s what it’s all about, isn’t it? Isn’t that why we do what we do? Half the fun is in the chase! The build-up. The preparation, the planning. Blowing up the Whatsapp group chat as soon as the date is announced, egging everybody to “get your ticket ASAP, bruv”. Cursing missing out on Earlybirds. Refusing to pay Final Release. Cooing at the line-up announcement. Picking your outfit. Changing your outfit. Finding out your BFF has picked the same outfit! Planning your route to venue. Brushing-off a sensible plan for getting home. Studying the set-times. Cursing the set-clashes. That one mate who drops in-and-out, in-and-out, in-and-out… Desperately trying to resell your spare ticket at the eleventh hour. That’s it! You know “the hype.”

Few parties manage to appeal to both the mainstream and the underground in equal measure. But LWE have got it nailed down. They have been curating these kinds of line-ups for as long as we care to remember. But what’s arguably as important as their well-honed line-ups – if not more – is their exclusive venue, the Grade I listed Tobacco Dock. It is a jewel in London’s crown. A beacon. From ardent techno enthusiasts at one end of the spectrum, right the way through to more casual clubbers up for a boogie & a chirpse – they all flock to ‘Docks. Licensing means only a handful of events can be thrown here a year. But even if that wasn’t the case; LWE adopt an ethos of sustainability. A belief that sometimes less is more. The formula works. These events generate so much buzz, they are almost self-sufficient. “The hype” is real!

That’s not to suggest LWE ever take their success for granted. They exude innovation; throwing parties in unique locations – continually pushing boundaries in an ever changing landscape. Given the size of the venue and crowd, not to mention the level of production, LWE piece together festival-sized parties umpteen times a year. The sheer logistics do not go unnoticed. Their events may sell-out months in advance, but isn’t all plain sailing. The success has drawn a darker element: touts and counterfeit tickets are a continual problem. It’s a testament to just how popular these events are.

Even as we queue outside, we can hear the unmistakable bass of Margot’s ‘Er Sunuone’ reverberate from the Great Gallery. Are we already missing out? Once inside we edge towards the security check in single file, one painstaking footstep at time. Though that might have something to do with these ridiculously platformed boots! Impatience is written all over our face. Only it’s masked by a thick layer of paint. The stoic-faced doorman insists on a full body search, unperturbed by the multi-layered costume. Inside my ghoulish attire it appears I have terraformed my own climate. Stuffy. And yet so far number of steps danced = zero. This doesn’t bode well. The discomfort merely adds to the agonising wait – so close, yet so far. The dance is calling. Drumcode is calling! After what seems like an eternity security are happy. They wave us through.

So we’re in. The bass thuds. Deeper, and deeper into the innards of the venue we go, drawn to the music. “The hype” is manifesting. Dotted around the venue LWE have thrown a bucketload of extras into the mix. Theatrical skits and improvised dramatics with an emphasis on gore & fright. Actors interact with the audience. Then there’s the macabre butcher offering voodoo canapes. Cosy… if you’re Hannibal Lecture (!) The experience is as immersive as you want it to be. The fancy-dress turn-out is decent, but never feels compulsory. Maybe 60-70% of attendees have got into the spirit of things. Many of those who opted against dressing up, instead display their loyalty with Drumcode-branded merch. Like London it’s a diverse affair.

We push into the main room. You could be forgiven for thinking it’s 2am, instead of 2pm. Terminal M boss Monika Kruse is throwing down a devilish slick set. She ends on a rousing number. We see lads fumble at their phones in a failed bid to ID the track. Sam Paganini is next to take to the booth for one of the most anticipated sets of the day. The latest in a rich lineage of Italian Techno warriors, Paganini has seen his profile rise to new heights in 2016. Firmly part of the Drumcode camp, his output on the label in just the last 12-months reads like the tracklisting of the year’s definitive cuts. As we close in on the end of his set he drops his epic track ‘Surrender’. Panning across the swarming hoards, it’s a glorious sight to behold! It’s life-affirming. A true celebration of our culture.

At a time when it feels like London’s nightlife is under siege from the authorities – Halloween couldn’t be more perfectly timed. It’s one of the staples of the clubbing calendar. It inspires. Few dates showcase the vibrancy, diversity & unity of our scene, our city, then Halloween weekend. NYE/NYD and Easter aside, there’s no bigger multi-dayer in UK clubland. This maybe a city still reeling from events in Islington back in September. A scene which is still coming to terms with life post-fabric. But there’s hope. Today we dance for our culture. We dance for fabric. We dance for London.

Back inside Pan-Pot have upped the ante. The tempo has fastened; the tone hardened. The German duo bang out Alan Fitzpatrick’s ‘We Do What We Want’ as the mercury rises inside the Great Gallery. The crowd swells, hands flick-up in unison. It’s a sea of euphoria. Elsewhere, in the underbelly of the venue, Fitzpatrick himself is about to jump on in the subterranean Car Park. It’s a tough-call. One nobody in the group wants to make. Stay? Or risk losing a prime spot under the CO2 cannons? Before a plan of action can be agreed, fate keeps us rooted to the spot. Beyer is on. The decision has been made for us.

Despite the many heavyweight offerings, he is still the star attraction. His label has a strong connection with London. It’s an affinity which is mutually reciprocated. There is the occasional foray into acid territory, but the whole time exploring the trademark Drumcode sound. The crowd at ‘Docks is in utter adulation, and they hang off his every mix. It’s part of the reason Beyer chose London’s Boston Manor Park as the location for Junction 2 – another collaboration with LWE & The Hydra, no less. The inaugural edition was an unqualified success. The second edition looks to build on the foundations laid by the first.

Beyer in command is a joy to behold. But an ill-timed trip to the toilet finds us at the back of the queue to get back into the action: it looks like another call has been made by the gods of fate. A hop across the courtyard and we chance upon the Little Gallery. It’s a room hidden in plain sight. Despite our numerous visits to this venue, we can’t recall if we’ve ever ventured here before? We take the gamble – and it pays off. The crowd is sparser here. Maybe older; more discerning. And Stacey Pullen is delivering an absolute techno masterclass! The backdrop is mocked up like a church. It’s fitting décor. This is our place of worship, and this is Pullen’s sermon. We’re captivated by every transition; by every drop. The Second Wave Detroit DJ is preaching an evangelical sound from his pulpit. Our sins are cleansed. The disappointment of missing the action in the main room washes away. The music ends, but “the hype” is still there… Our attention immediately switches to the Afters!

The short walk around the corner to Studio Spaces for Drumcode Afterdark is interjected by a conveniently located McDonalds. We take a pit-stop, refuelling. Re-energizing. En route we pass a group in fierce debate as to whether the clocks going back gives us an extra hour of dancing. Are our feet even sore? We suddenly remember we’re dressed head to toe in fancy dress and caked in cosmetics. Frustrations are voiced, “we should be back inside by now!” “Who are we waiting for?” Second thoughts, perhaps? Has the night reached a natural conclusion? No. This is just a momentary interlude. The party goes on. It never stops! We reckon we could dance all the way through to LWE’s next scheduled stop in East London – 1st January. This year their fabled New Year’s Day party will be their biggest to date, fronted by Carl Cox, Hot Since 82 & Friends. Again, “the hype”.

Beyer, Fitzpatrick and another Pullen showstopper are feet away. But let’s not forget what got us here: the hype. And it’s “the hype” that LWE do better than anybody else. London’s nightlife is changing. But then, it always has. It may be under siege right now, but with gatekeepers like LWE it is in safehands. It adapts. It survives. It flourishes! Hype! Hype! 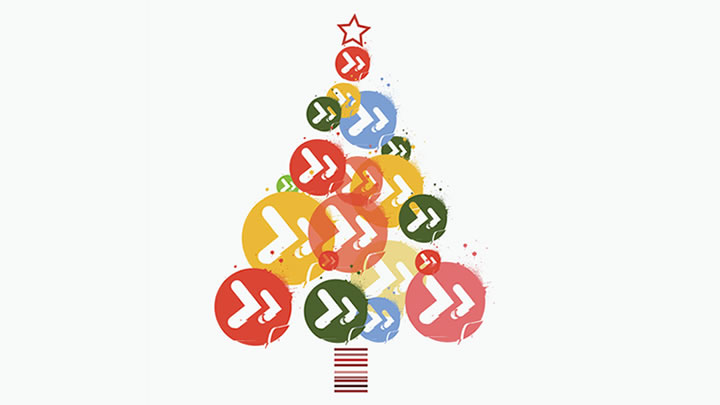