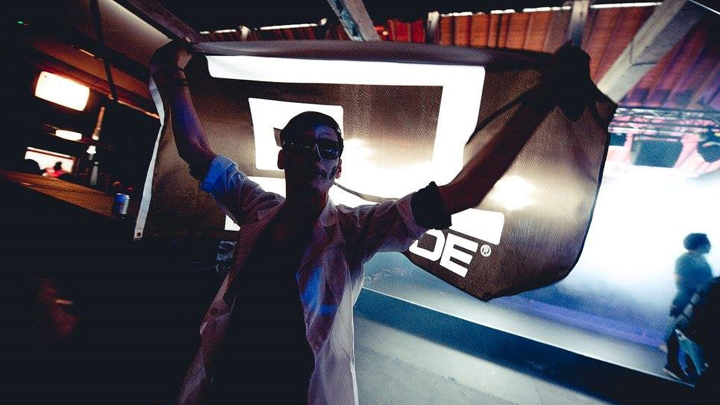 Days are getting shorter, the temperature is dropping and words like “Xmas” and “New Year” start getting thrown about recklessly. Winter is coming. And with it comes the autumn programming we can really sink our teeth stuck into! As the promoters, DJs and workers return to the UK from warmer climes, clubland is injected with renewed vigour. Ordinary folk start planning their festive calendar or begin putting money away for presents. But for those of us who spend our weekends on the dancefloor, it means something different: that the year’s best parties are right around the corner!

And it all starts here. As we’ve said in the past, Drumcode Halloween is the capital’s definitive Halloween party. We just couldn’t imagine partying in fancy-dress anywhere else! And even if that’s not your cop, musically the line-up takes some beating. Adam Beyer has again called in techno’s big guns to mark the occasion.

The crawl from the approach of the Blackwall Tunnel and all along the East India Dock road is slow and tiresome. Strangers in passing cars eyeball in through the window, double-taking our attire and make-up. It’s to be expected. It’s 12:30pm on a (busy) Saturday. Halloween is still, technically, 3 days away. And a lot of joe public haven’t the slightest idea that this is one of the biggest dates in the party calendar. At one point we consider dumping the car and making the short wall. So close. Yet so far. 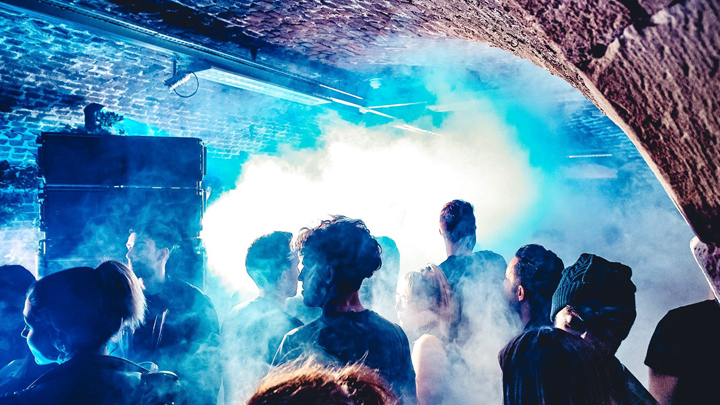 When we finally break into the venue, we’re thirsty for a taste of the action. It’s been a long summer. And over those brighter months LWE haven’t just focused on their outdoor festival pursuits. They’ve also been busy reconfiguring the event space at Tobacco Dock. Intrigued by what changes had been made, we stepped cautiously onto ancient burial land.

Our first disappointment is that two of Drumcode’s brightest emerging talents Layton Giordani & Enrico Sangiuliano have drawn opening duties, and we’ve arrived too late! Not to worry, though, as LWE have you covered: DJ Mag have simulcast across their social channels, so we’ll catch-up on what went down later! Our first port of call is the newly revamped Little Gallery – which isn’t so little anymore! The floor space has been almost doubled, and the DJ booth has been flipped to the opposite end of the room. A low-hanging cargo net manages to retain the sense of intimacy which previously made the room such a hidden gem. G.Walker is working the early crowd. We last caught the young DJ in the thicket of the woods at Junction 2. He plays dubby, ending on Youandewan’s ‘Happiness Machine’. We decide to explore the remodelled venue, but more about the Little Gallery later.

A waft of garlic rises from the downstairs foyer. It might be an attempt to keep the resident vampires from the door. Or, more likely, it’s the tantalising array of food stalls kicking-up mouth-watering aromas. Even from self-confessed carnivores, the vegan options look and smell appetising. The smoking areas are now both less obtrusive to non-smokers, yet larger and airier. So it’s win-win.

It’s clear that a lot of people have gone to great effort with their costumes – they just seem to get more extravagant and intricate every year! (special mention must go to the guy who has eyes all over his face – apart from where they should be, the man with a beer can smashed into his temple and the girl who has her mouth sewn shut!) Much like the attendees, the venue itself has been transformed to a high-level of detail. Actors roam the sidewalks, interacting with the crowd. Suave men, draped in harlots from their harem coerce passers-by to visit their gypsy wagon. We starve-off temptation to examine any closer. 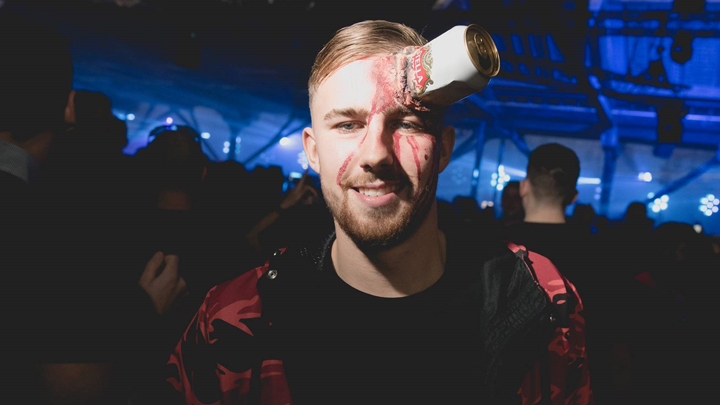 Maya Jane Coles – suitably dressed for the occasion – is laying things down inside an already packed Great Gallery. A new lighting rig illuminates her backdrop while Charlotte de Witte’s ‘Closer’ gets our feet moving.  MJC frolics around the booth with the level of enthusiasm that shows she’s having fun. She always seems to bring her A-game whenever she plays here. Then again, when doesn’t she? We note she’ll be playing at XOYO later tonight and swiftly change our plans. The clocks are going back after all. Which means the universe has gifted us with an extra hour of dancing! It’d be rude not to. 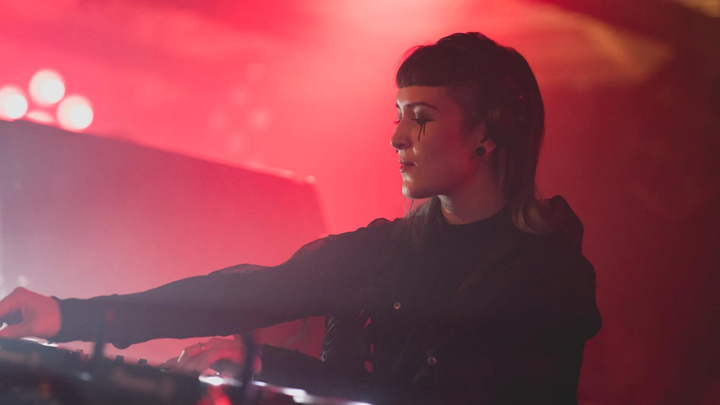 The walkways and traffic flow have been vastly improved, and the bottlenecks which we’ve witnessed in the past have largely disappeared. Inside the arenas it’s quite a different story. Whilst there were previously clusters of dancefloor oases – vantage spots that provided a little more room and personal space, these have seemingly disappeared and are now as densely occupied as front-centre. This is how it should be, of course. But it means there is no let-up from the relentlessness of the crowd. We find ourselves bashed about like a piñata! And we’ve the battle-wounds to show for it.

Seeking solace elsewhere we delve into the innards of the venue, where only the most intrepid of clubbers dare tread. In the car park there’s proper warehouse vibes. A whole host of ghoul-faced fiends await, emerging from the shadows one-by-one as we venture deeper and deeper into the darkness. It’s as if the dead have risen and congregated for an unholy ritual. A whole new meaning the term grave rave! Pig&Dan are rollicking the sound system. We decide to stick-around for Matador’s live set. It’s probably our favourite of the day. Working his way through his more recent Rukus repertoire, from ‘Velvet Revolver’ to ‘Ramaha’. He ends on his remix of ‘Domino’ and the dancefloor unites in euphoria.

We escape the subterranean labyrinth and head back to the Little Gallery to see what’s going down. Those with weary legs use the rear half to sit down for a breather. Imagine the chill-out zone between Floors 6 & 4 at Time Warp DE to give you an idea. Whilst the line-up in the Little Gallery has been well-tailored, unfortunately the acts assembled there simply don’t have the pull-power to alleviate pressure from the 2 larger rooms. We never see the room more than a 1/3 full. Indeed, at times both the car park and Great Gallery are close to haemorrhaging under the strain. 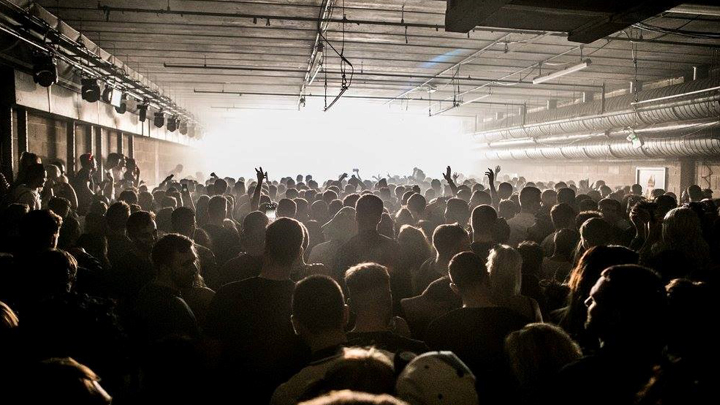 But indirectly, what this has done is increased the value of a VIP ticket exponentially. Not only does access to the stage adjacent to the DJ booth provide respite to the carnage below, but you stand shoulder-to-shoulder with the DJs and their entourage. Whilst we’re still of the opinion that VIP bars are the most joyless, soul-sucking places known to man; this benefit alone makes “going VIP” a really viable option in future. At only £15 more than a final release standard, they’re worth their weight in gold and are a must for anybody wanting to avoid being constantly barged.

We decide to switch it up this year, and opt on Alan Fitzpatrick closing in the cavernous depths of the venue. The We Are The Brave stalwart is right at home in these industrial confines. Fitzpatrick has a knack of churning-out old skool-tinged chant-a-long numbers. Tracks that you can’t help but sing the bassline along to, yet avoid the anti-social stigma of other rave chants, like the Seven Nation Army chords, the ‘Yaya Toure song’ or “whomp, there it is”. Fitzpatrick is already down to be back on New Year’s Day. And on this evidence, so will we! Gary Beck’s latest offering ‘Just One More’ sounds pretty damn good on this sound system! 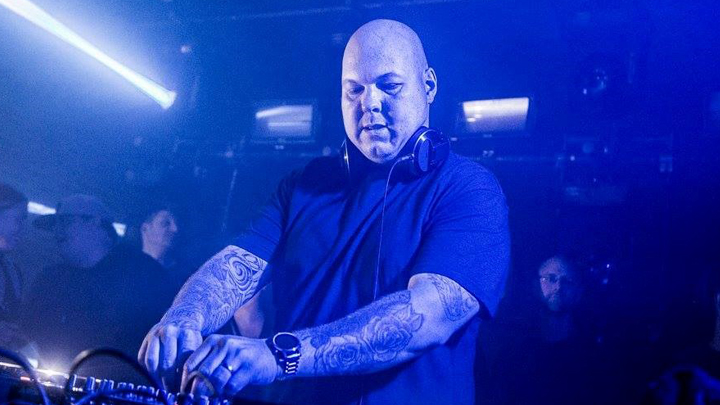 We can’t help ourselves, though, and decide to pop into The Great Gallery one final time for a glimpse of Beyer. We burst through just in time to catch him drop Vinicius Honorio’s forthcoming stomper ‘Heartbeat’. The definitive Halloween party? You’d better believe it! Its popularity is testament to that.

Adam Beyer and his Drumcode cohorts will be back in February for Junction 2 Presents Pre-Party. But before then we have LWE NYD to look forward to! Featuring a rare headline live set from Maceo Plex’s darker alter-ego Maetrik. It’ll not only celebrate the start of 2018, but mark 5-years of events at the Wapping venue. 5 Years over which Tobacco Dock has become one of – if not, the – most celebrated venue the city has to offer. It’s no coincidence that the venue’s stature has risen at a time when the dynamic of London’s “nightlife” has shifted towards daytime partying. Cause? Or consequence? Knowing how much influence LWE wield within their market, it could well be the former. It is both of-the-time and boundary-pushing. And we very much look forward to what the next 5 years have in store. 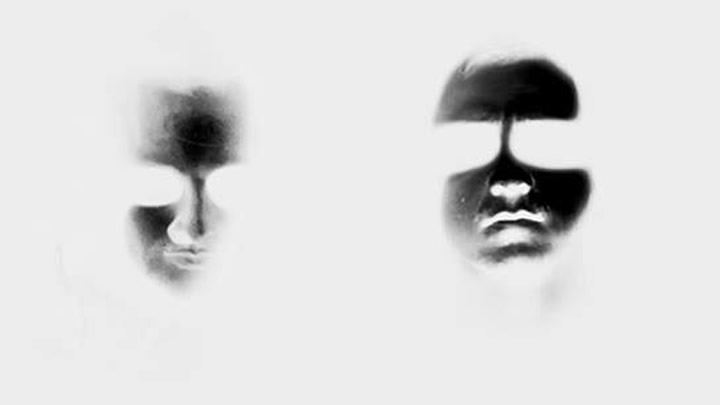