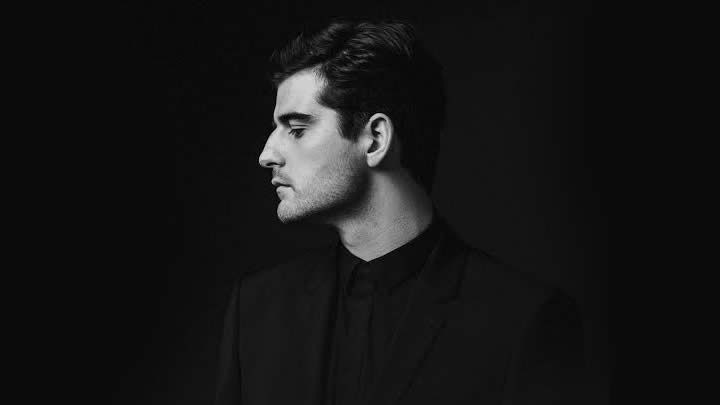 Formerly known as Studio Spaces, E1 London has burst onto the scene as a newly refurbished venue space in the heart of East London. Since it opened its doors back on NYE 2017, E1 has gone from strength to strength showcasing some of the biggest names in dance music to date. Picking up a huge reputation for an immense sound system, it’s safe to say that we were extremely excited to head down there for Dimension’s headline London show. With a line-up consisting of; Unglued, Dimension, Culture Shock and Voltage B2B Benny L, it was impossible for this not to an unforgettable night.

There’s nothing better than the warm up to a London rave. Stepping off the Overground and walking through the streets of East London with ravers dying to get inside the venue. It really does make you eager for the night ahead. Situated directly opposite of the famous Tobacco Dock, E1 had opened its doors and we were ready to get involved. We arrived at around midnight and after we had gone through the usual pre-rave shenanigans, we skipped inside to the main corridor and my god, were we taken aback. The dark red lights mixed with the sound of some thumping drum and bass, coming from the main room, was electrifying, proper gritty underground stuff and that’s just what we wanted. As we walked into the main room, it was clear why E1 had gotten so much love for their sound system. The wall of rigs on the right-hand side was honestly something to admire as it pumped out bass loud enough to knock you back a few steps. 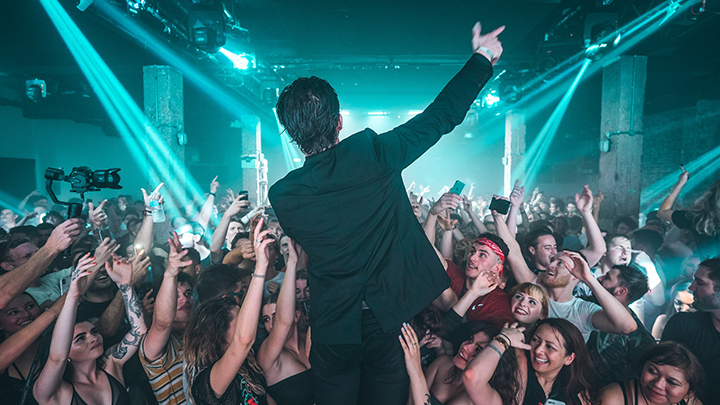 Kicking things off for us on the night was someone who’s really been picking up a name for himself, Unglued. If you haven’t heard his remix of High Contrast – ‘If We Ever’ you must have been living under a rock for the past year. Playing before the main headliner of the night, Dimension, may seem like a hard task to some but clearly not to the 23-year-old Brighton based DJ. He started his set with an absolute stinker of a tune, sounding like an unreleased dub from himself, Unglued had got everyone going mental in true drum and bass fashion within 30 seconds of stepping up. With a selection of some quick steppers and some hard hitters, Unglued had the venue bouncing and was showing us just what that sound system could do. Dropping tracks like Tessela – ‘Hackney Parrot’ (Kanine Bootleg) and his very own bootleg of Bou – ‘Poison’, Unglued was shelling down E1 and was setting the stage perfectly for Dimension to take over.

Stepping up next was none other the headliner of the show, Dimension. Following a sold-out UK tour and an insane sold-out debut headline show at fabric, we were buzzing for this one. Synonymous for his atmospheric build-ups and hard-hitting drops, Dimension kicked his show off with a powerful introduction, the venue was blacked out and the atmosphere was chilling. Coming from some serious fans of Dimension, this set was next level and showcased everything that is Dimension. Throwing out some of, if not all of his old tunes, this set was nothing but nostalgia for Dimension fans. Tracks like Dimension – ‘Pull Me Under’ and Dimension – ‘Love to Me’ blasted through the sound system and electrified the whole place. It was surprising to see such a nostalgic set from the star of the show but it really worked well as all other headliners played enough heavy stuff to accommodate it. More tracks like his new one with Sub Focus, Sub Focus & Dimension – ‘Desire’ and Dimension – ‘Raver’ increased the ferocity and met with the E1 sound system really highlighted the pure power of the set. The set was coming to an end and there was only one way that Dimension could have topped it off and he did exactly that. Playing the whole of his Deadmau5 – ‘Strobe’ (Dimension Remix). The perfect ending to the perfect set, nothing but emotional vibes were created in the venue, the atmosphere of the build-up is unrivalled and topped off what had been an incredible two hours of raving.

Next up was Culture Shock and let’s just say that taking over after that Dimension set was going to be some task. Getting straight into business Culture Shock started tearing the venue apart, shelling out tracks such as his new one Culture Shock – ‘Get Physical’. A really wicked tune, the fast-paced atmospheric build-up met by that synonymous Culture Shock synth on the drop went down a right treat with the ravers and had everyone throwing some serious skanks. Getting further into the set, Culture Shock started dropping a couple of crowd favourites such as his track Culture Shock – ‘Raindrops’. Another track which is just one that when it’s heard in the rave it absolutely goes off. The rolling drop after such an ambient build up sounded amazing on those E1 rigs.

Time had shot forward and before we knew it, we had made it to the last set of the night. One that we had certainly been waiting for ever since the lineup was released, Voltage b2b with Benny L. Making some serious waves in the scene recently, Benny L has been one on the top of everyone’s watch list it doesn’t need any explaining why. Match him up with the don that is Voltage and you get a terrifyingly heavy back to back, perfect for that graveyard slot. Switching up the night completely, the two took to the decks and started dropping some absolute face melters such as Benny L – ‘Low Blow’ (VIP) and a whole host of unreleased material. Tune after tune, the pair of them were dropping tunes that were literally just slapping us in the face, unthinkable noises dirty enough to make anyone pull a screw face. Voltage dropped a bunch of unreleased Kings of the Rollers as well, one in particular that went down an absolute treat at Outlook (read my review here) when Serum played it, and without fail it tore the roof off of E1.

The clock struck 6am meaning it was time for everyone to pack up shop and head home after an absolutely incredible night of raving. Hats off to the E1 crew and all DJs on the night, it really was one that we won’t be forgetting anytime soon.