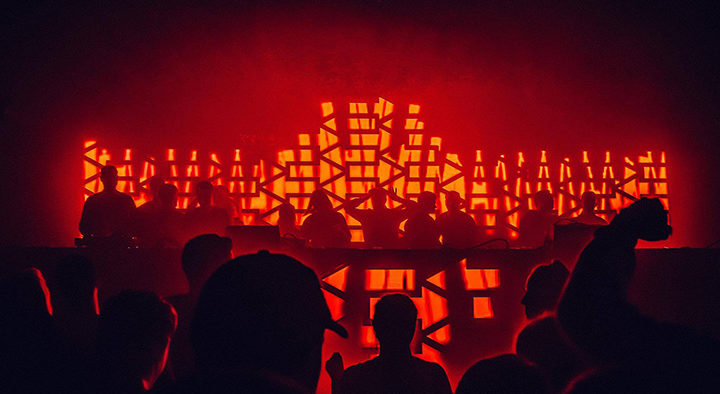 Tobacco Dock opens its doors on a wet and windy Saturday, even with a snaking queue outside for a sellout Cuttin’ Headz event. The venue has benefited from an overhaul both in sound and lights, the Great Gallery has moved the main stage to maximise space. And the Gallery has been fully kitted out, changing from an afterthought to a fully functioning rave room.

A sold-out event packs all sorts in soaked through but smiling. William Djoko handles his second set of the day in the Great Gallery with great aplomb, playing to a rapidly growing crowd. 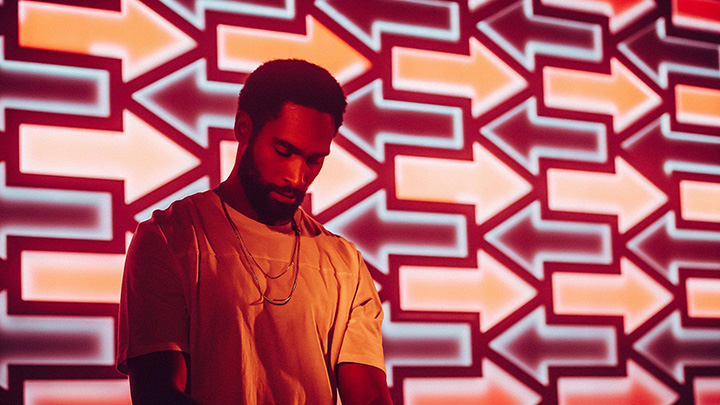 The Car Park remains pretty much the same, with concrete walls, tough beats and plenty of lasers. When we enter the place is bouncing with Rich NXT at the controls. The space is packed, and the warmth is allowing punters a chance to dry out. The Fuse associate plays the bumping ‘Jnz’ by Jansons & Senzala, which whips the crowd up. He then drops his own tune ‘Ashame’, which keeps things rolling with heavy rounded kicks and a groovy bassline.

In the revamped Gallery, Liverpudlian Lauren Lo Sung is kicking it with some Kerri Chandler. Dropping the house legend’s ‘Bar A Thym’ with its sexy, slinking cowbell punctuating the track. She manages to pack in ‘Mmmm’ by The Reaver (a Mr G alias) with its bending melody twisting over a dusty house beat. One of her final tracks of the set is ‘No Going Back’ by Fresh & Low, a roller with a hint of soulful vocal sprinkled over the top. She ends up playing for an extra ten minutes as Tiga gets all of his gear set up, which is warmly received.

Across the courtyard, Loco Dice locks in with The Martinez Brothers for a hot and heavy four hour set in the Great Gallery. The room is packed to the gills as ravers lap up a rare b2b from Dice and The Martinez boys. They begin proceedings with a selection of pumping house blending with a few tougher techno tracks. Making our way through the throngs of people, we manage to squeeze out and grab a breather in the Gallery. 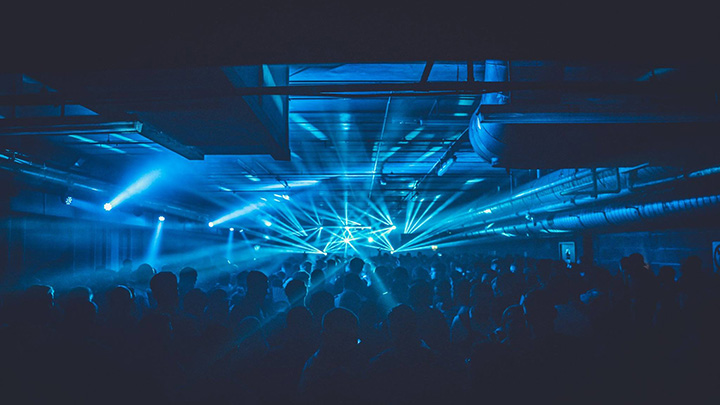 Tiga drops his Boyz Noize collab ‘100 (Jonny Aux Remix)’ which hits the kicks and drops the needle of the party firmly in the groove. Tiga hits his mark and kills the room with his trademark techno infused groove.

Fuse head honcho Enzo Siragusa is going b2b with rising star Archie Hamilton down in the car park. They play ‘Mittelohr’ by Cab Drivers, which means midnight in German, translating that 12 o’clock feeling perfectly to the dance floor. As bodies move to the beat, lasers cut through the dark air bringing the car park to life.

Nastia brings her A game up in the Gallery, techno on point. She drops ‘Static 909’ by Wisna which thumps as much as it kicks. She then takes us deeper with ‘Mushroom Effect (Hemka Remix)’ by Arweenn which flexes its muscle with a slight acid twinge. Nastia drops in ‘Catch Me If You Can’ by Splinter, bubbling acid synths eat away at a heavy kick pounding the crowd. Amelie Lens is vibing backstage ahead of her fabric date later in the evening.

A belter of a show, always a killer venue and we at Data Transmission can’t wait for the next one!