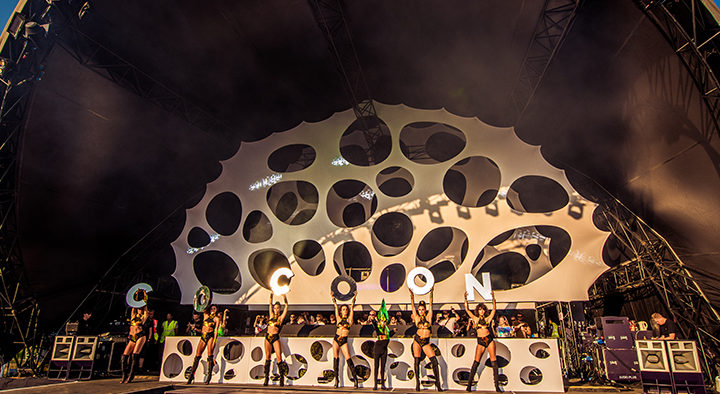 What seemed to be a week to end the summer, England out of the world cup, the weather in London taking a turn and not to mention a somewhat questionable individual making a trip to the United Kingdom. It was a welcome treat to have Cocoon In The Park in my diary for the weekend!

This being their 10-year anniversary I knew I was in for a treat. Announced earlier in the month to play was Annie Errez and Bobby O’Donnell, who opened up the festivities last year too, Enzo Siragusa a Cocoon favourite going b2b with fellow Fuse lads Archie Hamilton and Rossko, Parisian trio Apollonia, another special b2b in the form of former fabric resident Craig Richards and Seth Troxler topped off by Tale of Us and of course, it wouldn’t be a cocoon event without Papa Sven wrapping up the evening, showing us why he’s the granddaddy of Techno.

For the second year, I descended onto Temple Newsam, it still amazes me how the organisers found such a picturesque location within the heart of Leeds. 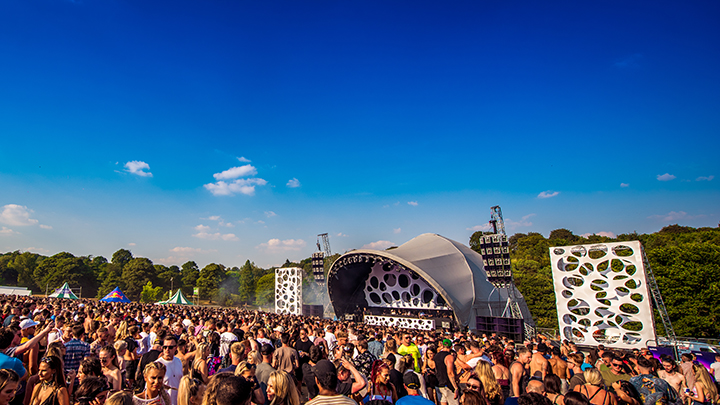 Staring my day right and getting me into the groove were the East London gentlemen and Fuse residents. Setting the tempo just right with the sun shining and drinks following they were getting the crowd prepared for the day ahead. Watching them play you can really see the friendship and how easy it is for them to find a vibe and roll with it, these chaps have been hailing from London for a fair amount of time, each an excellent artist in their own right but when the “Fuse crew” come together the sound becomes something much bigger than the sum of its parts.

Descending towards the stage I hear the thumping kick emerging, bouncing and rolling up the hillside, small interjections of melody from synth lines and flecks of acid bass make for a perfect stripped back tech house feel, honestly the perfect chilled out vibe to get anyone in the mood for a summery day on the beautiful hillside of Temple Newsam. The way the crew bounce off each other, just having the time of their life is as joyful to watch as it is inspiring. Having already seen them play at Barcelona Off week I knew I wasn’t going to be disappointed and it was honestly worth getting out of bed early to see the three of them play, highly recommend anyone who is bored of the mainstream tech house scene to explore what Fuse have to offer. 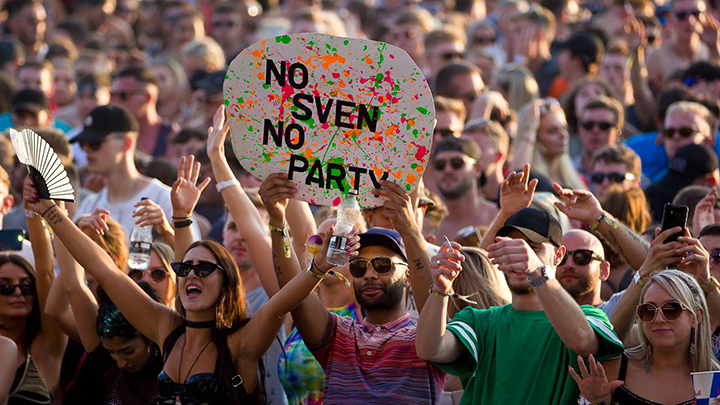 As the sun beat down relentlessly Apollonia stepped behind the decks. Carrying arguably the largest collection of Vinyl I’ve seen in a while and carrying on the groovy train set before them; you could see that they were in their element, which to be fair, they usually are!

Playing so effortlessly, it was like watching three mates who had set up decks in their garden to have a cheeky mix in the afternoon sun. Shonky changing, almost controlling the vibe ever so slightly, introducing the heavier bass lines and rolling beats. Dan Ghenacia bringing in that classic Parisian house sound and Dyed Soundorom throwing something a little different and eclectic into the mix. The three were almost singlehandedly responsible for the resurgence of the Parisian house scene and it’s easy to hear why. Getting us prepped for the acts to come seemed truly like a walk in the park for them.

Fabric resident Craig Richards and everyone’s favourite eccentric uncle Seth Troxler graced the stage next. Legends in their own right they made what seemed to be an off the cuff b2b look too easy, both of them reading the vibe of the crowd and each other. Already 3pm, some people had been here since 10 when doors opened, so keeping people’s attention was hard at times but again, nothing these professionals couldn’t handle. Diving a little away from the stripped back feel of the London and Parisian House sound and driving the crowd more toward the sounds associated with Techno, distorted kicks, long acid basses and a crowd ready for the change to something a little more darkened. 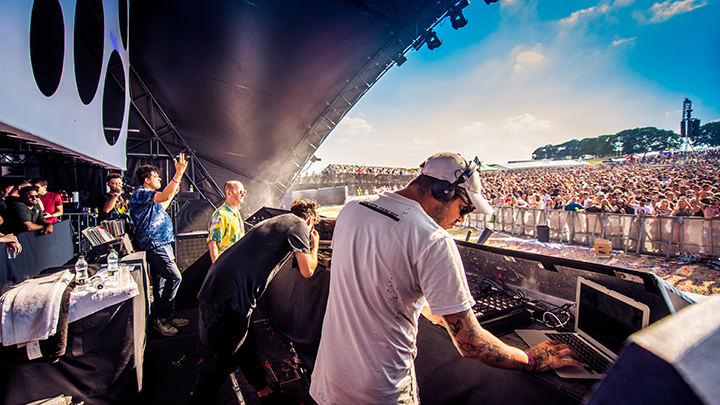 It was time for what seemed to be the act everyone had been waiting for. Afterlife head honchos and techno luminaries Tale of Us came onto the stage. Having seen them so many times for Afterlife I was interested to see what and how they would play. Lord have mercy what a set! I fell in love with Tale of Us all over again. The minute the first track played everyone in the festival surged forward, hands in the air waiting for that bass to drop and when it did, techno fists were pumping from every soul.

Truly masters behind the decks as well as pioneers in the studio, they had every person eating out of their hands. The sounds that Tale of Us conjure out of a sound system can’t truly be described or replicated for that matter. The drawn-out crescendos taking the crowds to heights rarely seen in Techno sets, possibly only from the likes of Maceo Plex, but it’s the drop into the wobbling bass, the deep, dirty and disgusting stress that these two put subs through should be illegal, the bass is enough to grind your teeth and skip your heart a beat; more than once I found myself pulling a terrible bass face and catching my breath at the sheer out worldly sounds emerging from the beautiful forest backdrop of the Cocoon stage. Two hours just wasn’t enough to fill my techno heart. With the sun starting to go down they finished with MatHame – ‘Nothing Around Us’, it was just the perfect way to end a mind-blowing set. 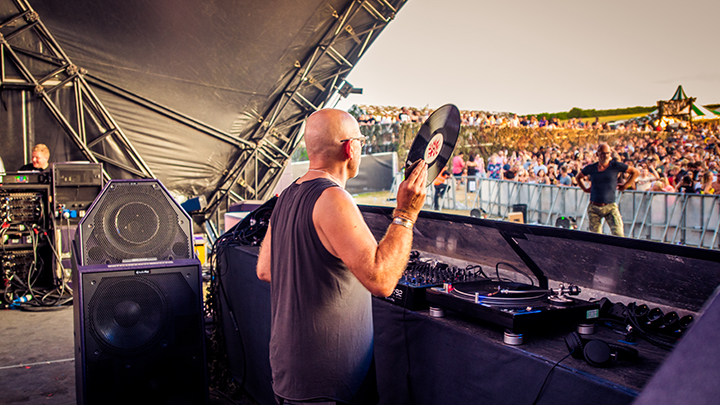 Last but by no means least was Sven Vath, delving into the back catalogue of not only 10 years of cocoon in the park but of Cocoon itself, starting off with a vibe to follow the crescendo driven set of Tale of Us, but drawing on the pioneers of old, delivering disco-flecked sounds across heavy 90s acid bass, building up and diving deep into flat distorted kick drums, the drum beats don’t have the same delay or the same attention from the studios and producers of old and the modern sounds of Fuse or Afterlife, but they carry the same feeling, the feeling of pioneers of their day, pushing boundaries, reaching for the sounds of the future and delivering that amazing techno sound we were all there to hear. Mixing it up it was Sven does best! He always leaves us guessing and wanting more. As the night slowly creeps in behind the trees, the music takes a deeper darker sound, one that is synonymous with Sven.

There’s not much that could top my first ever cocoon in the park but somehow it was managed. 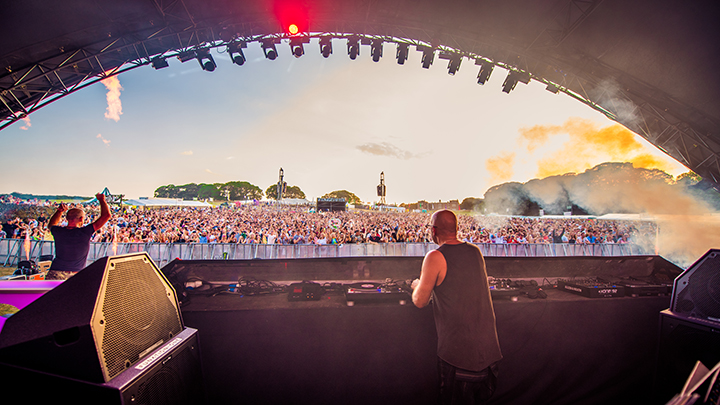 The sight of Hogarth Vath dancing to his brothers mixing made it that more familiar and personal, everyone is welcome here and everyone will dance. What was amazing about this whole day was when I looked into the crowd and every single person engrossed themselves in the music, no phones being held up, no one taking pictures or recording videos. All just living for the moment. 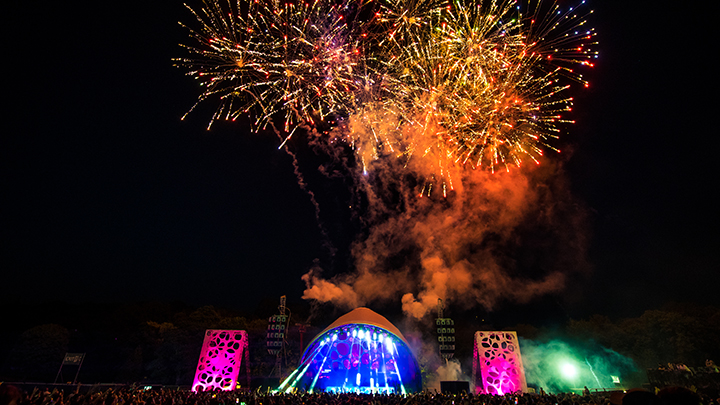 My musical taste buds were well and truly satisfied at this 10th Anniversary of a truly unique and intimate festival, a couple of improvements could be made, one top up station wasn’t really great generating large queues and drinks prices seem to have surged slightly since last year.

Yet again Sven and Cocoon put on an amazing day. Cocoon in the park has definitely become a staple in my festival season! Roll on 2019!

Win Tickets to Cocoon in the Park
Shelley Dodds February 7, 2017

Win Tickets to Cocoon in the Park