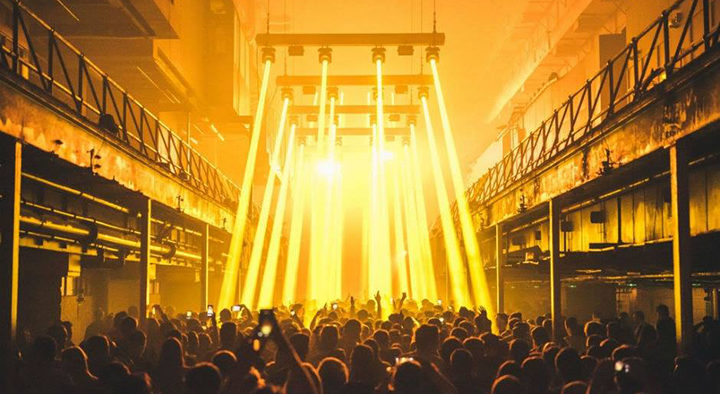 “Oi Oi Clockies!” This phrase would be said/shouted quite a lot over the course of the day! To celebrate 25 years of Clockwork Orange, the guys behind the brand Danny Gould and Andy Manston decided to kick things up a notch and take the party to Printworks.  This would be the first time many of the ‘Clockies’ would attend the iconic London venue.

I woke up early after a night of broken sleep…it must have been the excitement! Fortunately, I had painted my nails UV orange the night before to save time and prevent smudging dramas! I met up with my ‘Clockwork Crew’, many of whom were dressed for the occasion with glitter and light up gadgets galore and we headed for London! The vibe on the train was electric in our little section in between carriages, this turned out to be a blessing as we all reminisced about our old raving days quite loudly! Once we arrived at Euston we split up as some wanted to go for a beer in the pub first. Three of us headed straight for Printworks! 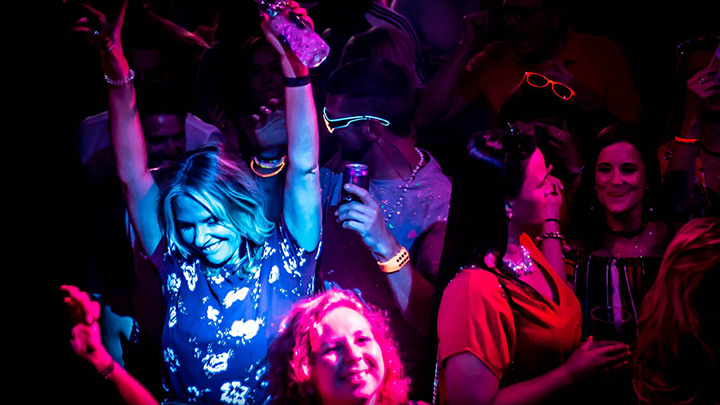 We arrived at around 12:15 and waltzed straight in, there was not a queue in sight. After grabbing our first drinks we did a quick reccy, my friends had never been before, they stood in awe of the main room! I realised my friend Tony Nicholls (one half of Deeptrak) was on the decks getting us warmed up for what was to come, he dropped some absolute gems before he mixed in Victor Romeo and Leatrice Brown ‘Love Will Find A Way’ (Deeptrak Remix)!

Eventually, the rest of the crew turned up just as Jumpin’ Jack Frost was starting his set. Being a newbie to CWO, I was hoping he would play some jungle, sadly for me, this was not to be. I was really pleasantly surprised with his selections for his set though (never having witnessed JJF play anything other than jungle or drum and bass). The main room had really started to fill up when he started and by the time he played Mory Kanté ‘Yeke Yeke’, the place was bouncing! 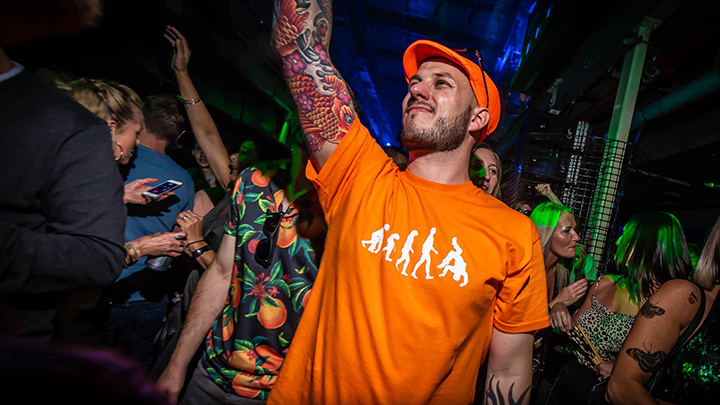 Next up was Jeremy Healy who played one the best sets of the day! We danced our socks off for the entirety of his set, along with everyone else who was there at that point. The lights and lasers were in full swing and the sound system was pumping, with speakers lined up and down almost the whole length of the main room, so even right at the back the sound was crystal clear. I was amazed that even after standing really close to the speakers my ears didn’t hurt or ring and could I still hear people talking to me. This was not to say the sound levels weren’t loud enough because it was spot on!

We took a bit of a break at this point, none of my group was spring chickens and we wanted to pace ourselves so we lasted the night. So we opted for more drinks and a regroup in the smoking area. We chatted to people from all walks of life and found a huge number from our hometown! While I think of it…shout out to the guy in the shirt covered in oranges and gold lamé trousers and the guy with the watermelon hat on his head! Legends!

When we headed back inside Grooverider had just kicked off in room 2, so that’s where myself and a couple mates headed while everyone else went to see Brandon Block & Alex P and Seb Fontaine. We were super excited when we realised Grooverider was playing an hour of tech house and acid house…smiles all around! Again this was a DJ I’ve never seen play anything other than jungle and d&b. For me, Grooverider was the highlight and best set of the day. The room was full to bursting, the floors really sticky and a proper sweatbox, it was like we were at an old skool rave! We stayed in there for a while after his set for Keith Mac and then Tony Grimley who both played harder than the main room where it quite euphoric and classic, they played more tech-house and we really had the time of our lives!

By the time we came out of there, Printworks was at capacity for the day. Sweaty, smiley bodies everywhere! Time for another cool down outside. 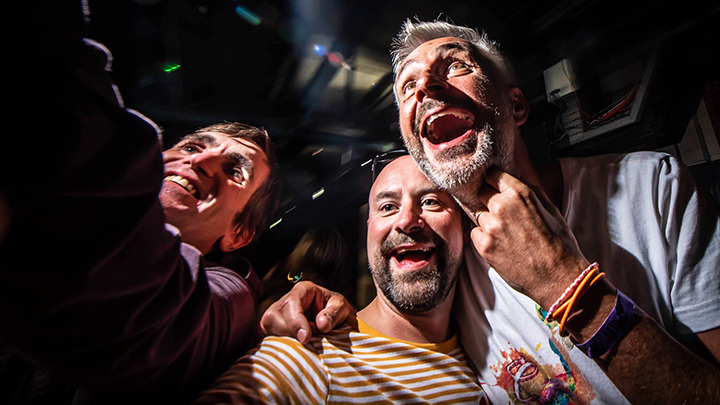 Other stand out sets were, of course, Andy Manston and Danny Gould. Danny and Andy were both really active with the crowd, spending a lot of time talking to people and having photos taken, despite being so busy keeping things running smoothly, they had time for everyone. Danny was always ready on the stage to introduce the next artist and hype up the crowd, not that we needed much! I must give a special mention to Bongo Ben too, he really added a carnival feel to the music and was on the bongos all day and all night! Massive love and respect!

Tall Paul, a DT fave, absolutely smashed it, playing a really eclectic set! Dropping absolute beasts throughout but the one that got me was ‘Eats Everything’s Reebeef of Size 9 ‘I’m Ready’, it seemed like we were waiting for ages for THE drop, the build-up felt like it was going to last till next week but when it finally dropped, we went completely mental! It looked like they borrowed Eric Prydz lasers too, epic!

After a short break, we headed back in to catch some of Roger Sanchez before we headed home. We were met by the glorious tones of Angie Brown upon the stage gracing us with some classics! She killed it! After all these years she is still absolute fire, I’m so happy I managed to have a bit of a sing-along with her! Then the S-Man himself took to the stage. In true fashion, he was a wizard on the decks! Unfortunately, we only stayed for half an hour before heading for the train home. 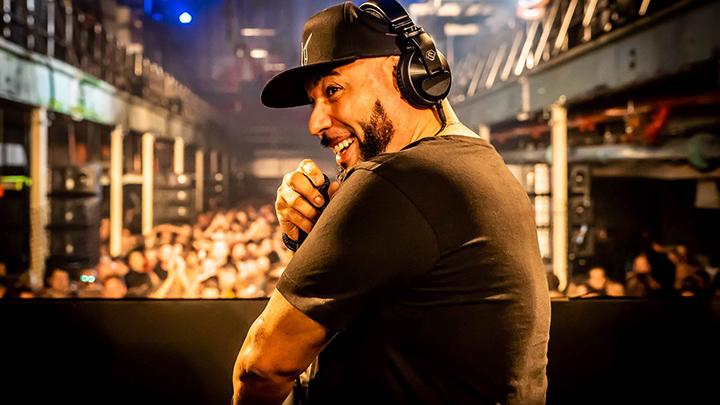 So to wrap it up, the sound was on point, the lighting and lasers were unreal, the DJ’s kicked arse, the music was amazing, a real variety of new and old and the crowd was really happy and really friendly making the vibes incredible! I can’t remember the last time I felt anything like it, I had the best day and I am proud to say I am now a fully fledged Clockie!

Many think that Clockwork Orange is for older ravers but there were people there as young as 18 and some over 50, it really is for everyone! If you’ve always wanted to know what it felt like to rave back in the late 80’s and early 90’s then go and check out Clockwork Orange. It’s the closest you will come to it and you won’t experience another rave like it!

Clockwork Orange will host their debut festival named ‘Clockstock‘ next summer on 22nd June at Chelmsford Race Track. Tickets will be released on 5th January 2019, so stay tuned for further info!