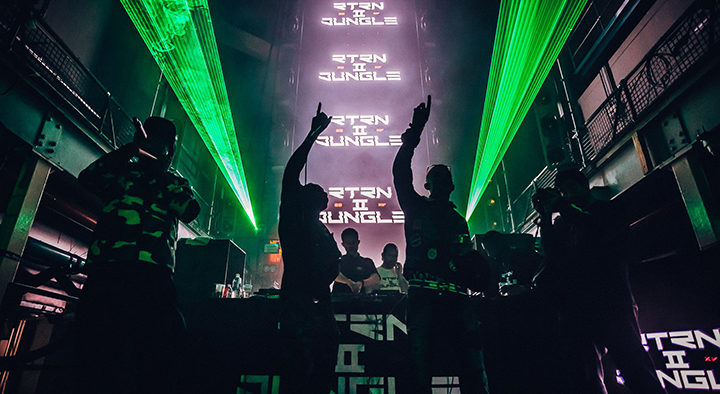 Being a typical northerner, there is this innate fear of the south. Why go all that way when we’ve got everything we could possibly need up here I keep thinking. But the truth of the matter is that still, no matter how much I try and deny it; our capital plays host to some of the biggest and best parties the world has to offer. And given Chase & Status’ ties to both Manchester and London, it would be rude not to venture out of my comfort zone for a change.

Boarding a Megabus in Manchester on a Friday morning was far from ideal, but five hours, several label’s back catalogues and a numb arse later I arrived in London just in time to meet up with some mates for a few beers and retro video games before calling it a night in a warehouse in Hackney. 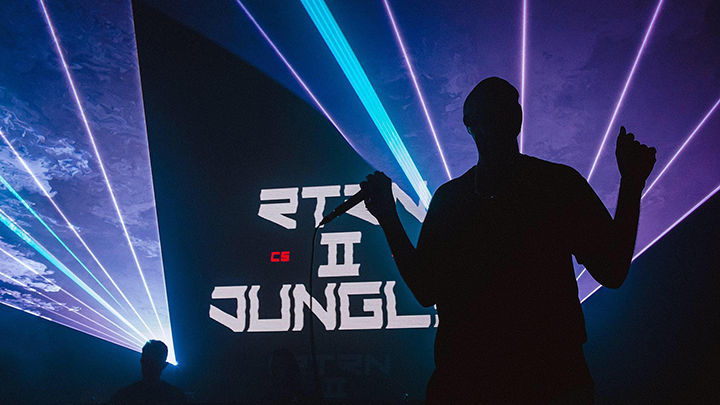 It seems that Printworks itself creates nothing short of a spectacle at every event; the venue, set in a huge old print hall which previously delivered newspapers across the city is vast. A space which is easy to get lost in; but despite its size, it plays host to a well put together affair which is nothing but ease for ravers. This weekend was another one of those spectacles.

Printworks was playing host to none other than Chase and Status’ RTRN II JUNGLE Tour to celebrate the imminent launch of the project that goes by the same name. The lineup was nothing to be scoffed at; with the likes of Jubei, Benny L and Brockie supporting My Nu Leng and the headliners themselves; today was set to be one to remember. 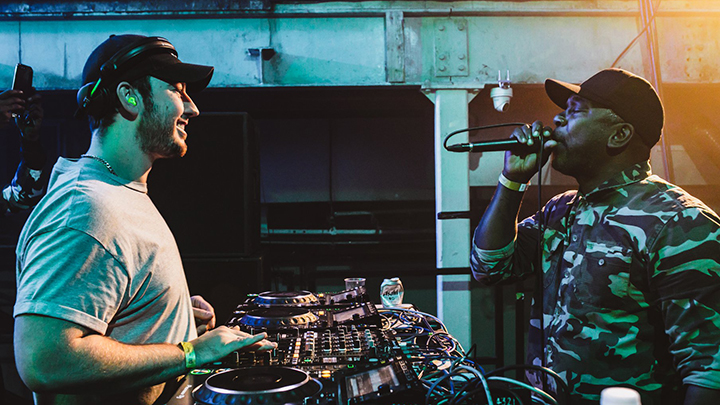 But it’s here where things get a little bit different. I’m used to going out at 11pm and staying till you’re kicked out into the rain in the early hours of the morning. But Printworks is different; getting in the queue in the early afternoon and staying till midnight seems odd to say the least but it provided an interesting quirk and was reminiscent of sunny summer days at festivals; so after a swift entry we grabbed a beer and some grub and took a walk around the venue to take it all in.

Walking into the Print Hall we were faced with our first act of the day; Jubei. Considering it was only four o’clock in the venue, its safe to say that the tunes were coming in quick and fast, and the crowd was going crazy to the dark rollers which carried through his set; whether he was ‘Keepin it Raw’ with a bit of help from Break; or cutting through the smoke and lasers with the iconic ‘Stabs’; Jubei’s set was nothing short of powerful.

Next up was Benny L, a producer with the most hectic basslines in the game and having truly honed his sound over the last few years it’s not surprising to see him going in hard from the outset. Keeping things in 6th gear, the crowd was enthralled only to be knocked down a few pegs by the unrelentingly low frequency of ‘Low Blow’s notorious bassline.

Following on from Benny was Jungle stalwart Brockie, teamed up with both Det and Skibadee. The pace didn’t falter once, and with Brockie’s own flavour coming through strong the set was riling up the crowd, and then out of the blue Bungle’s ‘Cocooned’ entered the airwaves. The tune has been rinsed to death since it’s release, but the new VIP doing the rounds has brought it back with a vengeance, and so it should. It’s raw yet simplistic drum structure kept the crowd stomping and made me somewhat thirsty. 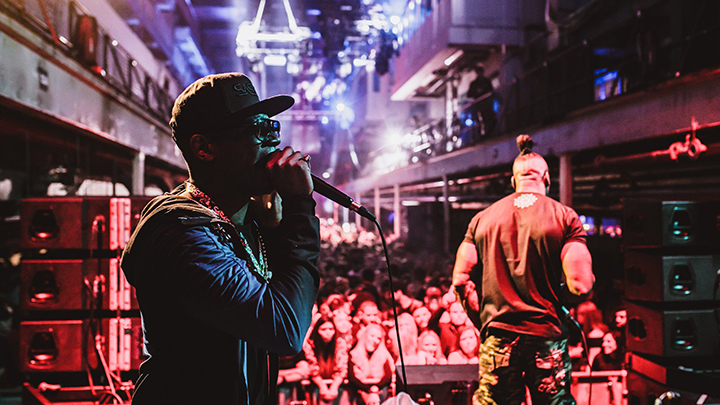 After grabbing a beer, we took the opportunity to step into The Dark Room, where Preditah was closing down his set in preparation for Special Request to step up. The Dark Room as it suggests is the polar opposite to that of the Print Hall; low ceilings, pitch black and a huge smoke machine create an atmosphere you can only dream of.

It was at this point the night really took it up a notch; My Nu Leng stepped up onto the stage in the Print Hall and all hell broke loose; having seen them numerous times, playing all manner of genres it’s obvious to anyone they have a presence to be in awe of; a way of reading the crowd, laying down the tunes and leaving gobsmacked faces trailing behind them. 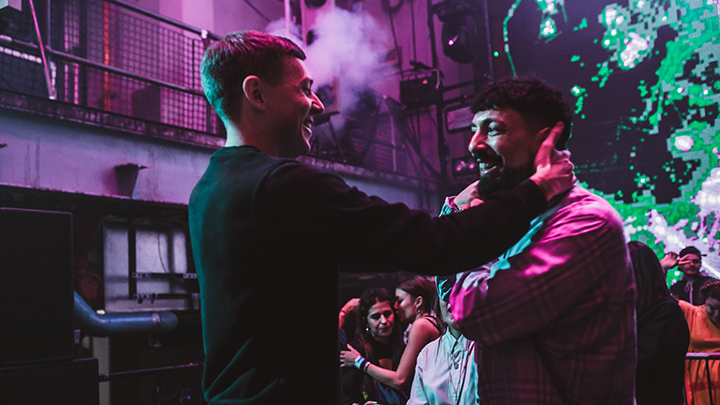 Their powerful anthem ‘Portal’ ricocheted down the hall in between classics such as ‘Chubrub’ and Commix’s ‘Be True’ in a set which pulled every ounce of nostalgia out of me and shoved it back in my face. Taken aback and having a hell of a time we took a breather for the main event.

Everyone had realistically spent the whole day waiting for Chase and Status. The iconic Drum and Bass duo, with a coveted career spanning more than a decade, and a new project being eagerly anticipated. This set was going to be something special. And we were not let down.

Roni Size’s ‘Brown Paper Bag’, a classic nearly as old as myself; getting thrown in the mix alongside the modern classic that is Unglued’s ‘If We Ever’ remix was exactly what I was expecting, and with a colossallight showw to match, it ticked every box imaginable.

It wasn’t long before perfect euphoria was met. Blind Faith, from the 2011 No More Idols roared out after a monumental wheel up. In a strange way, it felt like this song was made for Printworks, sheer bliss cascaded across the room, would happily bet on someone crying.

Printworks was a hell of an experience, an experience which ended up being dominated by My Nu Leng. Shelling out some of the genres biggest and best; whilst leaving Chase & Status stood by the wayside. Chase & Status really we’re incredible, and performed as well as you ever could want to. But through sheer energy and passion they got pipped at the post. Maybe next time… after all we’re still waiting for Eastern Jam to get dropped… 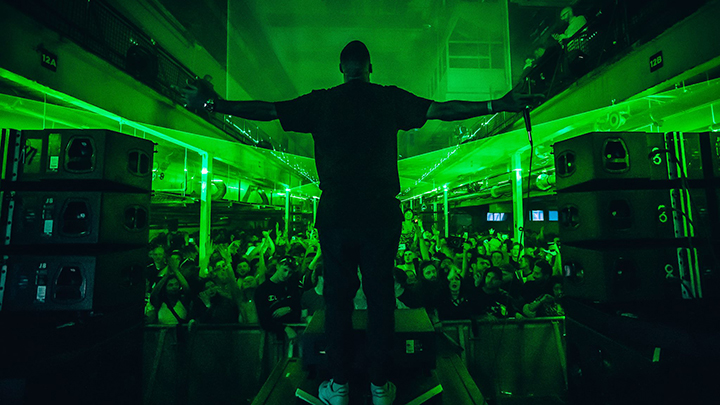 Tags:
Previous Article
Erick Morillo to play a rare and intimate show at W Hotel on Saturday
Next Article
Novamute with Matrixxman at EGG London