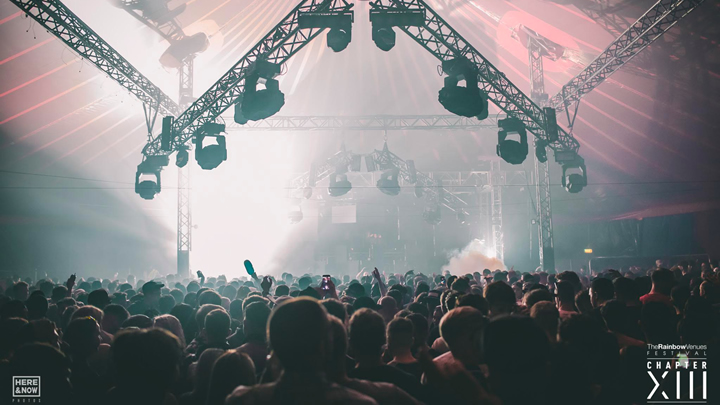 The Rainbow Venues are responsible for bringing the biggest names in dance music to the Midlands. For Chapter XIII they certainly did not disappoint providing a simply outstanding line-up that covers every spectrum of dance music. The line-up included Drumcode heavy hitters, Adam Beyer, Joseph Capriati, Mixmag’s DJ of the year The Black Madonna and Perlon Label Head Zip. There were a staggering 9 stages available at the festival, which were hosted by popular names such as Art Of Dark and Leftfoot.

We got to the venue around 3:30 and as we walked in you could sense the excitement in the warm spring air, the sun shining and edgy disco music playing in the courtyard would provide the perfect start for a keen dance music enthusiast like myself. Whilst chilling in the courtyard soaking in the atmosphere I decided to enter the Social Underground room which was located fairly close to the entrance, As I entered Ernesto was pumping out some excellent minimal instrumentals which acted as a sort of warm greeting to the festival. His set was perfectly executed, the track selection was groovy yet progressive and certainly would have got the crowd in the mood for the rest of the festival. The room was filling up nicely as the vibe of the room kind of seemed like you were abroad, it really did have that summer vibe which is what everyone wishes for when heading to a festival. 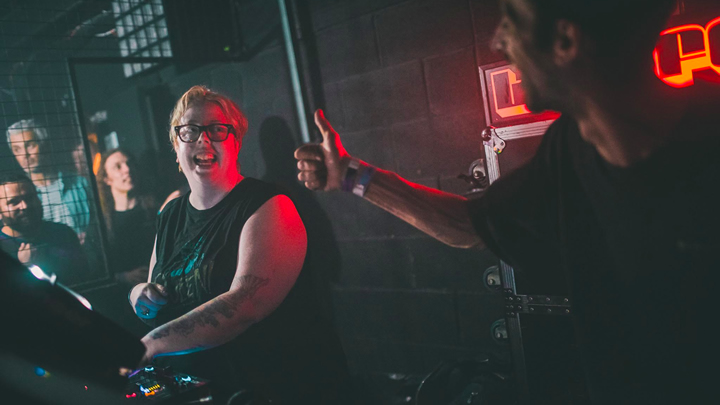 It was coming up to 6:30 and although Varhat was hitting the spot, we decided to head over to the Apollonia stage, which was literally a 20 second walk. John Dimas and Djebali were in the middle of their infamous B2B sessions, this was probably the best set of the night as it was the perfect mood setter, the selections were extremely groovy and danceable and were mixed delicately and efficiently. The B2B concept, which in my opinion could be hit or miss worked effortlessly well, the two selectors were patient in selecting records which outlined their digging credentials. You could tell that the crowd were extremely devoted to the music, as there was hardly any smartphone activity. This was good to see.

We decided to hang about the Apollonia stage for Premiesku’s infamous live set. Premiesku was an act that I particularly wanted to see as they have become vital for the growth of the Romanian minimal scene.  As their set commenced you could sense a particular hype within the room, I suppose this is the beauty of a live set I guess. Premiesku wasted no time and delivered some sublime minimal cuts and layering some melodic compositions over the top, I was quite surprised by their approach as the live set flowed flawlessly and was constructed more like a DJ set, Premiesku created a certain vibe within the room to what can only be described as the perfect appetizer before Apollonia took stage. The live set flew by and at this point a breather was needed, luckily for us, it was 8 o’clock and Zip was set to play in the terrace. If you read up on Zip you will probably find that he is known as the DJ’s favourite DJ we headed to the Terrace to find out why this is! 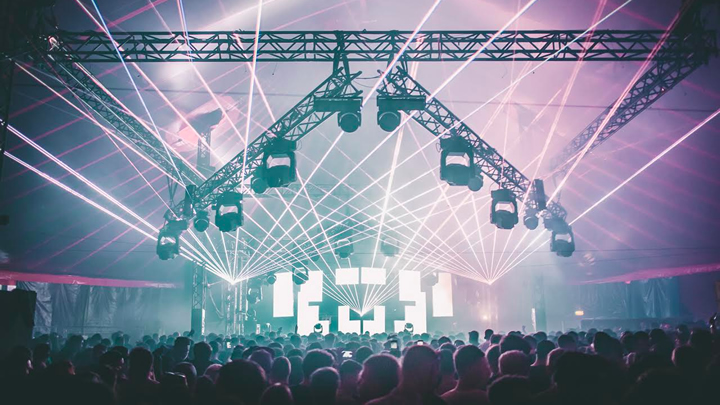 The Art of Dark stage was filled nicely and Zip certainly did not disappoint, he started out playing some simple minimal cuts layering catchy vocals alongside them which created the perfect soundtrack for the terrace, you could really admire the level of expertise of Zip as he was able to suit the diverse crowd perfectly, his selections were rough and edgy enough to suit devoted fans but groovy and chilled enough for the members of the crowd who simply wanted a breather, this clearly outlined Zips artistry and it is no surprise why he is tearing up terraces all over the globe.

It was coming to the end of the festival which absolutely flew by, we decided to head back to catch at least an hour of Apollonia, which seemed like the perfect choice at the time. Apollonia did what Apollonia do, they played fun house grooves, which seemed to fit the occasion perfectly and seemed to ease us a little. It was about 11 o’clock and we happened to walk past the social underground stage, which was absolutely rammed, of course it was Archie Hamilton and Rossko were playing.  I chilled outside Social Underground and caught up with some friends I saw earlier in the festival and something else was playing, (arguably the tune of the year so far) the room erupted, the recording was played out in its entirety and fitted the moment perfectly and was the cherry on top of a fantastic day of electronic music. 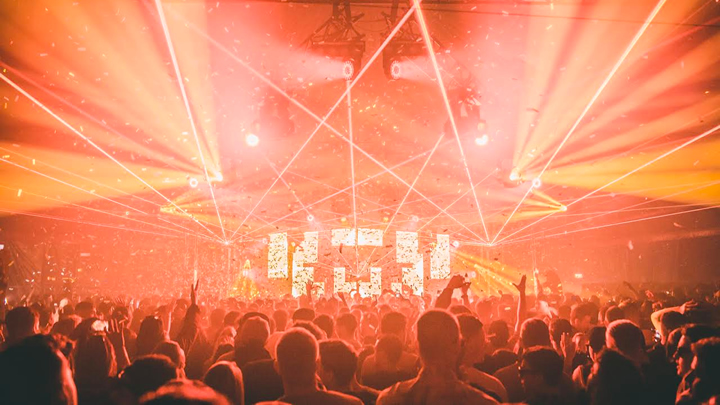 Whilst leaving the festival at around midnight we were heading to the after party hosted by the infamous Fuse London, this was the perfect way to carry on the celebrations. Chapter XIII was everything I expected it to be, the lineup was incredible and the vibe and organization of the festival was brilliant.  The Rainbow venues have been bringing world-class electronic artists to Birmingham for many many years and it is safe to say that this year’s festival certainly lived up to the hype, one word…BRAVO!!! 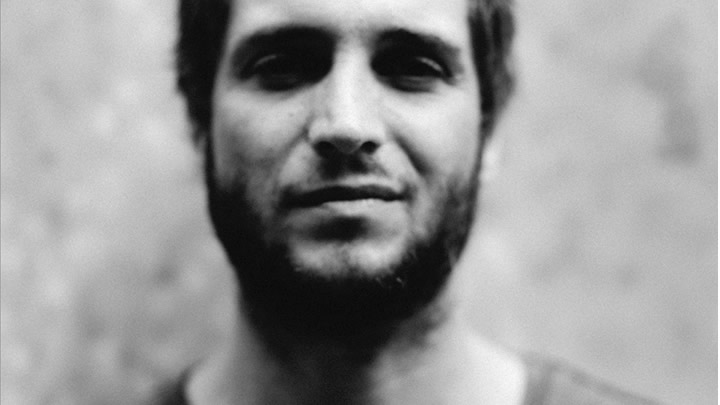