Despite a serious downpour of rain and then hail hammering the crowd at BST Hyde Park, thousands enjoyed sets from some of the biggest names in music on a mostly-sunny Saturday 2nd July.

Kicking things off on the Great Oak Stage – decked out with trees, leaves and general forest greenery – is Blood Orange. Having dropped his third album ‘Freetown Sound’ just a few weeks ago, an effortlessly cool Dev Hynes, along with his live band, open with fan-favourite ‘Augustine’. Dressed in all black, with gold sunglasses to entice the warmer weather, Hynes glides across the stage charismatically. ‘You’re Not Good Enough’ comes early on, with the growing crowd singing back the lyrics while the groove-laden funky bassline has everyone dancing. ‘Best to You’, from Hynes’ well-received new record, comes to life vibrantly with infectious keys, drums and a sublime vocal. Performing in front of a US skyline backdrop, Adam Bainbridge aka Kindness, joins the band for a special duet of ‘Uncle ACE’ and then a soulful rendition of ‘On the Line’; but only after Hynes declares “fuck Rupert Murdoch” to masses of cheers. It’s a brief but brilliant set, successfully teasing fans ahead of his headline date at Koko, London the following week.

Taking a walk around the family-orientated site, there are plenty of food stalls (Patty & Bun is our satisfying dinner choice), plenty of bars and lots of free stuff: nature valley protein bars are handed out, cans of Coca-Cola, McFlurry’s – to spread the “good vibes” and even mobile phone charging courtesy of Metro. Dads walk around with their children strapped to their chest and, at one point, we see a little boy gathering discarded cups from the floor – because he wants to help, his mum explains. At the opposite end of the site sits the Barclaycard Stage, hosting sets from experimental multi-instrumentalist Georgia, eccentric vocalist Gabriel Bruce and more. Midway through Hyde Park is the indoor Sony Playstation Stage, where rapidly rising electronic/pop duo RIVRS perform to an intimate crowd.

Back at the main stage the sun is shining and a giant disco ball has been put in place at the centre for the next act. Walking on casually, without any fanfare or announcement, Jamie XX arrives to spread the good times, very literally. Sporting a black shirt and trousers, he covers virtually every genre of dance music throughout his hour set. From the UK funky vibes of Kyla’s (Drake-sampled) ‘Do You Mind’ to Skepta’s grime-heavy edit of ‘I Know There’s Gonna Be (Good Times)’, the outdoor soundsystem remains consistently impressive. There are a handful of proper ‘moments’ thrown in as well; there’s not one person left unmoved by ‘Loud Places’ – which is mixed into John Talabot’s summery remix; when Jamie drops his 2009 edit of ‘You’ve Got The Love’ the crowd’s vocal chords reach a new high. At this point a guy to the left of us in a sling climbs on his friends shoulders whilst another has red wine spilt over his face, but he really doesn’t care.

Taking it back to 2011, the steel pans of ‘Far Nearer’ are a familiar highlight, before Gil Scott-Heron’s collaboration ‘I’ll Take Care of U’ becomes euphoric very quickly as a few spots of rain soon becomes a potentially disastrous downpour. “Fuck the rain!” urges the group in front pointing to the ominous grey clouds above. Raincoats are slowly pulled on and umbrellas put up as the rain lashes down during a bass-heavy club-ready edit of ‘SeeSaw’. When it really chucks it down, though, Jamie carries on, seemingly oblivious to the downpour, by dropping Oxia’s massive track ‘Domino’. But, in true British fashion, spirits aren’t dampened – in fact more people are on shoulders embracing the ‘British summertime’ then when it was sunny. The sun briefly returns during ‘Gosh’, an EU flag is hoisted and shown on the big screen and a t shirt is flung over our heads. But then, it starts hailing – there’s no doubt we’re at a British festival.

Double headlining the day is Kendrick Lamar and Florence and the Machine, respectively. Kendrick proves his status as the world’s biggest rappers, energetically storming through his biggest hits ‘Swimming Pools’, ‘Backseat Freestyle’, a crowd-lifting ‘Alright’ and ‘King Kunta’ ahead of his performance at the White House for the 4th July celebrations (at the personal request of US President Barack Obama). It’s an hour of hip-hop perfection.

Left to close the evening is Florence Welch, who floats across the stage in ethereal fashion like a mythical angel sent to spread messages of love and unity to our increasingly divided country. Striding around in a flowing blue gown, tracks like ‘What the Water Gave Me’, ‘Ship to Wreck’ and ‘Rabbit Heart (Raise It Up)’ showcase her sublime, spellbinding vocal. Since headlining Glastonbury last year, Florence’s star has risen to new heights, and she invites the glitter-covered crowd to join her, asking, “Do you wanna get high with us London?” Of course we do! 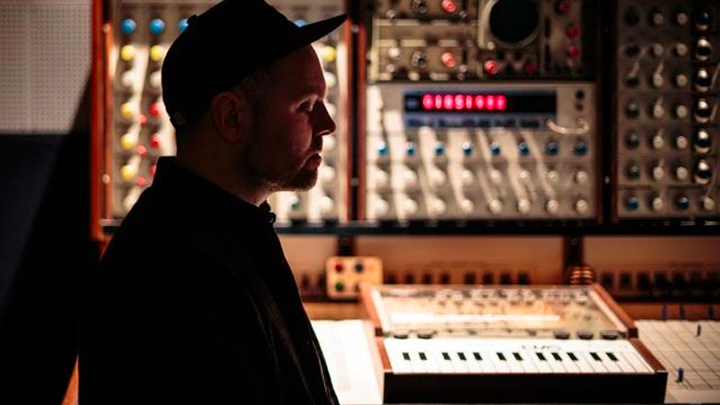