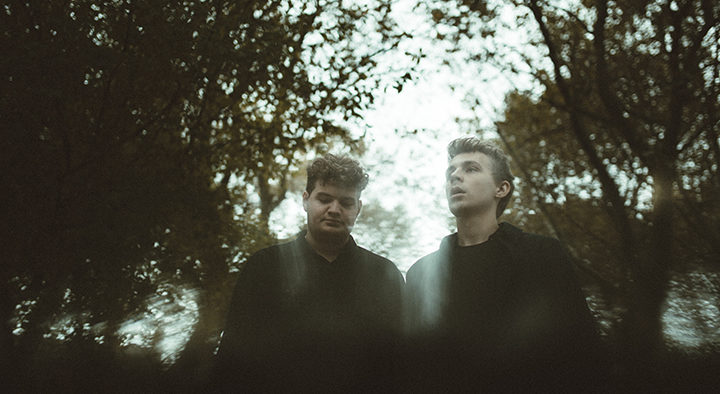 It’s been a while since I’ve heard or seen anything coming out of the Bondax camp. I remember back in 2012 when ‘All Inside’ came out. That sultry smooth vocal was stuck in my head for weeks and from that point onwards I looked forward to any releases by the electronic music duo consisting of Adam Kaye and George Townsend. For those that haven’t heard of Bondax their sound tastes like Baileys on ice. Light, sweet and indulgent with a streak of sex appeal and sophistication throughout.

So when the opportunity came about to catch them on the London leg of their European tour ‘Recur’ at Village Underground I jumped. Me and rave partner in crime Greg Adams arrived at Village Underground just as Bondax were starting their set, which to all intents and purposes was a 2 hour funkathon. These are just 5 tracks they laid down to illustrate this point.

Like the name suggests I felt like I was exploring some ancient civilisation and had stumbled across a beautifully ornate place of worship. Having been a long time fan of Lone I was seriously pleased to hear Bondax drop this futuristic beauty early on in their set. The oriental flute, cosmic synths and rolling breaks work together perfectly to expand the mind and got the crowd stomping.

Alicia Myers – I Want To Thank You (Earl Jeffers Edit)

A lot of disco grooves were dropped by Bondax during their set which makes it hard to choose my favourite but this one gets me every time. The original was released in 1981 on MCA Records but the Earl Jeffers edit released in 2016 takes the cake and then some whenever I’ve heard it dropped and Bondax did so with some panachio. Yeeeeeesh.

A track that surprised me during their set was this one. A buttery smooth and jazzy number. The sax and vocal sample ‘oh baby’ set alongside the gorgeous piano chord progression just hits the spot. Something to wind down to after a long day. Always love when DJs play a set traversing many genres, truly taking the crowd on a journey. This track selection epitomised that in Bondax for me.

A breakdown of Bondax’s set wouldn’t be complete without a remix of one of their classics. And they don’t get much better than this. The wizard Joe Goddard adds his magic touch to ‘Giving It All’ whilst keeping the soulful and heartfelt elements of the original. The crowd went wild singing along at the top of their voices when it was dropped. A beautiful moment to be part of.

Bondax finished the set with Neo Seoul, which unfortunately isn’t on the new album but came as a warm-up track to build excitement with the announcement of the album. Undoubtedly a club banger, this teaser really worked a treat on the crowd! A beastly bassline sits at the heart of the track whilst other elements effervesce of the much-loved disco era. From this small taster, the idea behind the usage of this track has worked as I for one am certainly looking forward to hearing the new album.

Catch Bondax on tour over the next few weeks: