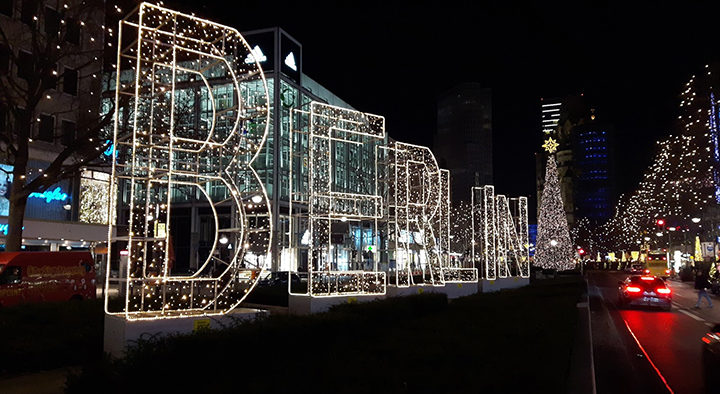 Berlin, cold and wet. The only thing that gave colour to its perpetual grey was its urban street art gems and temporary Christmas markets. It was my first time in this European capital that it is not only impregnated of emblematic past events; it´s also the nest of a very sophisticated electronic music scene. 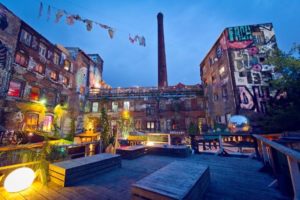 In December, sightseeing is not much of an option and since I was going to be there for a weekend the warmth of Berlin´s notorious clubs was my target. Whoever you ask Berghain should be your first option. There is no need for me to mention how restrictive they are with the admission of clubbers or how subjective bouncers can be at the time of letting people in. That info is all over the internet. In general, queuing for clubs in Berlin can take an average of an hour and a half. I must say staying in line in Berlin is more of a lifestyle, it only takes a few seconds until a queue forms behind you if you are looking like you are waiting or buying something. I didn´t want to ruin my expectations or risk my weekend on a disappointing queue in front of the Techno cathedral. I will dedicate full time to that next time I go. My next recommendations were Salon Zur Wilden Renate and Kater Blau.  I must say that this ended up being the most peculiar and authentic clubbing experience, I´ve had so far. Both of these clubs occupy the leftover real estate surrounding the area of the old wall. What seems to be a neglected place from the outside is a carefully crafted environment in the inside. Clubs with an ambience built by the sophisticated urban personality that Berlin has. 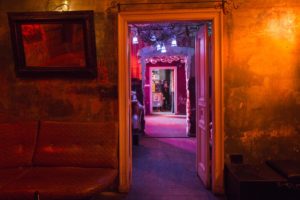 Friday 30th of November was my first night out, and around midnight my friend and I landed at the queue of the club. Surprisingly we arrive there right before a large line formed behind us, so we didn´t wait to get in more than fifteen minutes outside, the 90s abandoned building that inside presented a chic decadence. At the entry, you have to cover the cameras of your phones, making it possible for you to value the experience out of your own references and not out of the feedback you get online of it. The place opened in 2007 and was a residential building at first. Now many floors, random rooms, hidden corners and gardens are available for you to play around and dance. You can have an adventurous night, meet people from all over the world, and roll in this fantastic world while listening to some of the best sets of electronic music. There are phones placed all over the venue that randomly ring, and if you pick them up, you can talk with whoever found another phone on the other side of the building as intriguing as you did. The beauty of the venue is proportioned to the quality of its music. Chinaski´s ‘Night School’, ‘Broadcast Blackout’ by Undribled Sonic Anarchy and ‘Tephra’ by Hannes Bieger were just a few of the tracks I could save from that night.  A complete line-up that displayed all types of subgenres, from deep tech to minimal, house, tech house and even electronic cumbia. Baba Stiltz from Stockholm, Julian Stetter and Kasper Marott, Benedikt Frey from Berlin, and Brussels-based Cleveland, Bobby Analog from Belfast that plays a sound he likes to call Body Fusion. Next on the line up were Manuel Fischer, fashion icon at Ozelot Ltd. and resident of Zürich’s Zukunft, Carl Simon from Frankfurt, Julian Stetter from Cologne, and Tereza Waters. Even though the party kept going on until very late, around 7 a.m. we decided to go and have a rest. Saturday was going to be even more promising. 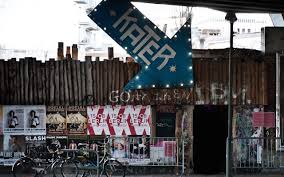 Kater Blau was next on my list. The club is very close to the centre on the shore of the Spree River. I could see the club from the apartment we were staying in, right on the opposite side. When I first saw it from the balcony, I thought it was an abandoned circus. Right next to where the club is, they opened a lovely Christmas Market that even though during the day looked abandoned during the night they decorated it as if they were about to film Mad Max Christmas Special.

Kater Blau had similar politics as Salon Zur Wilden Renate. The queue was around the corner; nevertheless, we could skip the two-hour line. We paid a fifteen-euro entry, the bouncer covered our phone cameras with stickers, and we entered in what I thought was a different dimension. I felt like Han Solo entering the bar in that famous Star Wars scene. The diversity of that place was outstanding. The line-up was spectacular with Alejandro Mosso performing live, Brian Cid, Daniel Dreier, Ed Ed, Georgia Girl, Gina Sabatini b2b Raycito Music, Haito, Jonty SkruFFF, Katka, Komfortrauschen also to perform live and miAs. Francesca Lombardo was also on the lineup but cancelled in the end. Tracks like ‘Hidden Karisma’ by Guy Mantzur & Roy Rosenfeld, ‘Syncopated’ by Audio Junkies or Bebetta’s ‘Hedora’ were a few of the tracks I could save from that night. 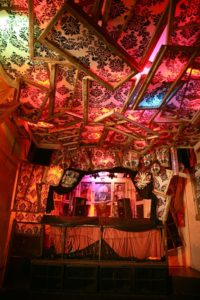 Clubs like these two I´ve been are open for the entire weekend. Once you are inside you can stay there for two days if you want. With so many rooms and so many music styles, terraces and gardens. Organic food and drinks, lounges and friendly faces everywhere. People are talking, dancing, even napping. Try to imagine those middle ages port markets where people from all over the world would gather to trade and buy all sorts of stuff.  Kater Blau would be a market of ideas, where you exchange good vibes and joy. These clubs are run very differently from how we are used to. In The Guardian Nadine Moser, better known as Resom from ://about blank mentioned: “Simply the fact that it is operated by a collective is a political statement and a big motivation for other people to work in this way, instead of the typical hierarchic structures of the capitalist economy. It also offers space for political initiatives, which are presented here, like support events for refugees. Also, clubs try to have a 50/50 rate on female acts.”

Responsible partying as I call it and Berlin has plenty of it. We will be back to this impressive party mecca for sure!