It’s been 34 years since Dimitri Hegemann’s vision — Berlin Atonal — touched down in the German capital with its innovative and revolutionary game plan. The 80s played a pivotal part in the shaping of the Berlin we know today – Atonal leading the way, by shedding light on the lesser known, progressive and experimental sectors of electronica. The music and arts scene continued to flourish throughout the decade, and it was the fall of the Berlin Wall in 1990 that prompted Hegemann to close the festival. He then went on to direct his efforts to the now seminal institution, that is Tresor. Fast forward 23 years to 2013 and we saw the festival’s renaissance in Tresor’s bigger brother (and neighbour), Kraftwerk.

The first thing that strikes you when entering the festival is the sheer abyssal size of the venue. Kraftwerk is not something that can be easily described by words. Even returning to the festival for the second time did not prepare me for all the production work that goes into this truly unique building. The structure itself is Berlin incarnate: industrial, bleak, vast. However, for something that on paper should create a sense solitude, the programming of the stages and acts alike, create a sense intimacy. This was made clearly evident during UF (Samuel Kerridge and OAKE)’s performance. Commanding the main stage, with tribal integrity, the pair continued to unleash a barrage of controlled destruction. Cacophonous low ends were teamed with harsh, shrill percussion. Though this was nothing new to the two, it was something that they had homed perfectly and this performance in particular brought the best out of them. Friday’s schedule also had a somewhat bitter sweet element to it, with Juan Mendez aka Silent Servant’s revered Jealous God imprint coming to an end. The aptly named event Optimistic Decay took place at Stage Null. With the likes of Alexey Volcov, Silent Servant and Phase Fatale all playing live – it would have taken some serious doing to be pried away from this spectacle. As expected, the stage proved to be a hit, with Phase Fatale’s solo set coming out as the clear crowd’s favourite.

The best part about Atonal, is the weight it brings in terms of line up. Bucket list sets and pairings can all be ticked off over the course of the five days. The symbiotic pairing of Orphyx and JK Flesh, who had been let loose on the main stage was definitely a bucket-list set, with their show really paying testament to their output over the last few years with seemingly a lot of pent up anger being released sonically for the crowd’s listening pleasure. Mix Mup and Kassem Mosse’s MM/KM moniker took a run out on the main stage as well, offering up their renowned wonky brand of skippy percussion layered over vast atmospherics.

Though the main stage (as with any festival) was the focal point, the various other locations provided their own charm with the help of careful curation. OHM is by no means a large venue. Or a medium sized venue for that matter. The bar is centred in the middle, with room enough for a modest crowd in front of z suitably unglamorous stage. This set the scene for one of the most breathtaking and though provoking acts in Pan Daijing. Her austere facade replicated her music perfectly. As far as the humble sound system in OHM let it, her brash music lay waste to the few that stood by it, which crescendoed finally into a flurry of distorted gabber. Definitely one to be keeping an eye on for the future.

As the festival drew to a close, it seemed that the uncontested pièce de résistance was always going to be the unveiling of Alessandro Cortini’s AVANTI project. For anyone that has seen Cortini before, he manipulates emotions from across the board to fabricate a picture that no brush could paint. His lo-fi backdrop of a child playing in the snow complete with slapdash camera work (which I later learned to be of him as a child) erupted an unnerving sense of nostalgia. With the climax of the Cortini’s signalling the end of a mesmerising few days. I was left with a satiated feeling that could have been applied to the whole festival; it was something I couldn’t  quite place my finger on, but some things are better left a mystery. 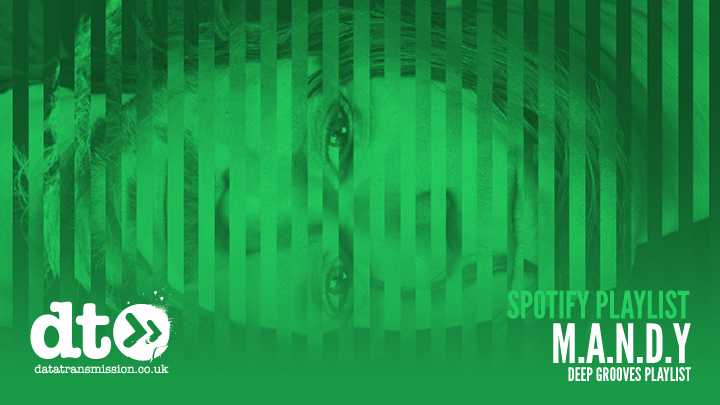