Reviewed: Awakenings Festival: In a League of Its Own

In a world where the list of Dance Music Festivals is never-ending, finding one with real substance that truly sets itself apart can be tricky. Most lineups these days seek to include a selection of artists within the electronic music genre (House, Tech House, Garage, Drum and Bass, Grime etc.) for purely economic reasons with the aim of appealing to all and hence maximising ticket sales. However this cannot be said for Awakenings, which sets itself apart by focusing its efforts on solely providing pure, relentless Techno.

Set just on the outskirts of bustling central Amsterdam, the heavy continuous bass can be felt miles away as you approach the site. As with most things Dutch, the festival logistics were nothing short of being military precise with everything running like clockwork. The Awakenings site itself was the perfect size for the 35,000 Techno fans, easy to navigate and big enough to feel as though you’ve been transported to another world. With 8 arenas playing host to some of the biggest names in Electronic music taking place in various tents and spectacular outdoor stages, the breathtaking design of Awakenings resembled something of a Techno Apocalypse. Area W one of the main outdoor stages, consisted of 6 enormous curved pillars and had too many speakers and screens to count, resembling something out of a Transformers movie.

With an outrageous lineup, it was always going to be an impossible feat managing to see all of our favourite acts, with clashes being inevitable. The young Bram Fidder opened with an energetic performance before handing over to seasoned pro Sonja Moonear for an equally engaging set. Over in Area W the French trio Apollonia dazzled crowds with their signature eclectic style. Other standout performances from Day 1 playing across the various stages included ‘Dark Techno’ maestro Sam Paganini, Recondite, Berlin-born Marcel Dettmann and rising star Dax J to name a few. Over on the second main stage Area V, which looked like an extravagant deconstructed Rubik’s Cube, German-duo Pan-Pot delivered an exceptional and truly mind-blowing set. It was a mad rush to go and catch the end of Maceo Plex’s set, which can only be described as completely ‘euphoric’. Drumcode boss and legend Adam Beyer was on closing duties with an insane performance where he definitely didn’t hold back and gave it his absolute all. Closing out the other stages and doing Holland proud was Joris Voorn, as well as Nina Kraviz, Bicep and Stephan Bodzin who gave a very special live set to see off Day 1 in style.

There was no time to rest and recover before Day 2 kicked off in a similar manner. It was very easy to spot the people who had been there the day before and were looking a little worse for wear, and the newcomers who were ready to go hard. Maya Jane Coles stepped up with a very strong Tech House set on one of the outdoor stages, while Dense & Pika gave a distinctive bass-heavy performance over on the Drumcode main stage. The standout for the day however, was an amazing back-to-back session from Nicole Maudaber and Victor Calderone, where we were all taken to the “Maudaber Zone”. The energy in the arena was electric with both Nicole and Victor having the time of their lives and making sure everyone else was as well. Elsewhere, Chris Liebing, Marco Carola, Rødhåd and Jeff Mills all gave Awakenings fans what they came for by blasting out insane continuous beats. Music On chief Marco Carola brought an entire army on the stage with him to get the crowds flared up, while Rødhåd back again for Day 2 took a step back with a more melancholic vibe. Joseph Capriati, however, stole the show with a breathtaking impassioned closing set and fireworks in the sky to the mark the end of an incredible weekend.

With Awakenings Festival there are no cheap frills to distract from an average lineup, no intimidating security guards stationed throughout or frustrating layout that requires a map. Awakenings personifies the phrase “less is more”, it’s a festival built around one thing, I’ll leave you to figure what that is. In the meantime, see you next year Awakenings! 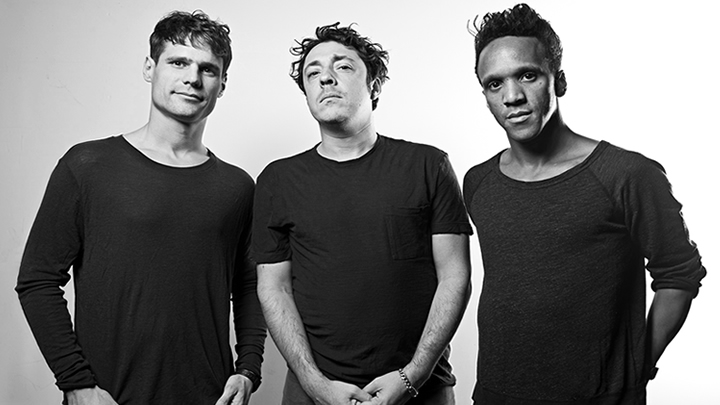 Apollonia go all night long at Music On this Friday
Grahame Farmer July 6, 2016