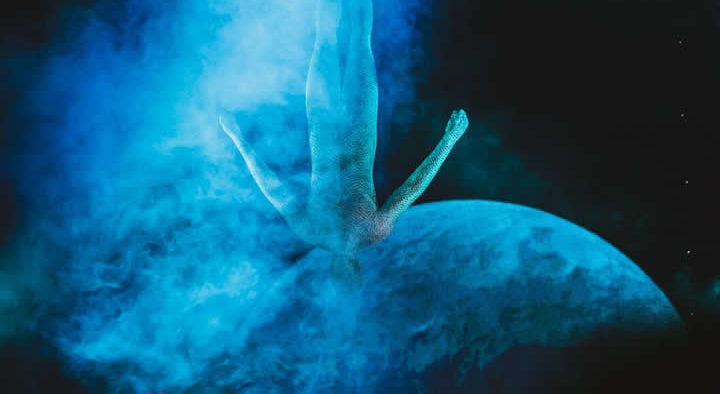 In 2017 Tale Of Us debuted there Afterlife night brand at the infamous Printworks. In 2018 they have returned with a fresh in-house lineup, hoping to do the same again. Returning to this monstrous venue reminds one of the sheer scales of Printworks and conjures a sense of occasion whatever the party. On getting to the venue we were greeted by Woo York’s live set, currently touring their debut album released earlier this year on Afterlife. They have the ability to swap between ambient, techno floor fillers and acid influenced tracks which have contributed to making them fan favourites. 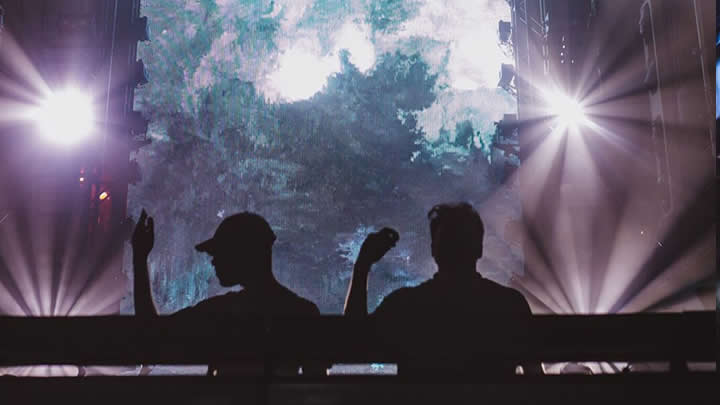 Then we were introduced to Printworks debutants Fideles. They’ve had a particularly good year, releasing on Exit Strategy, appearing at Afterlife events all over the world, supporting Stephen Bodzin on tour and making debut appearance for Ibiza Pyramid. These boys pride themselves to creating a party atmosphere while not venturing far from their underground roots and did it to perfection. Highlights of their set are them playing Netherlands producer, Precursors “Antagonist” and their remix of Bjork “Hidden Place”, which erupted the press halls.

Up next was the second live show for the day, which was brought by Italian trio Agents Of Time. Hot off their debut Afterlife release and starting their own label, these guys have also had a big year, and step up to the occasion of making their Printwork debut. We were then greeted by another duo, this time Adriatique, who for me compete with Tale Of Us for stealing the show. Vibes were high energy and dark pounding through the press halls playing album cuts, unreleased Adriatique and a few unreleased bangers from label mate Aether. Followed was the man who needs no introduction, the mighty Recondite. As always the German maestro delved the crowd into the darkest parts of their imaginations while forcing the feet to dance. He never disappoints and played as a perfect warm-up for the closing act.

As the day session came to end, it was time for the label honchos to step up. Last year they stole the show playing an energising and dramatic set to match the surroundings. They returned with the exact same thing at mind. Playing more of a vocal set, which they tend to do on these big stages, and it worked to a tee. A highlight of their set for me was playing a remix of The Temper Trap “Sweet Disposition” by Camille Luciani as the closing song. This had everyone’s hand in the air, in utter disbelief that the day has come to an end. 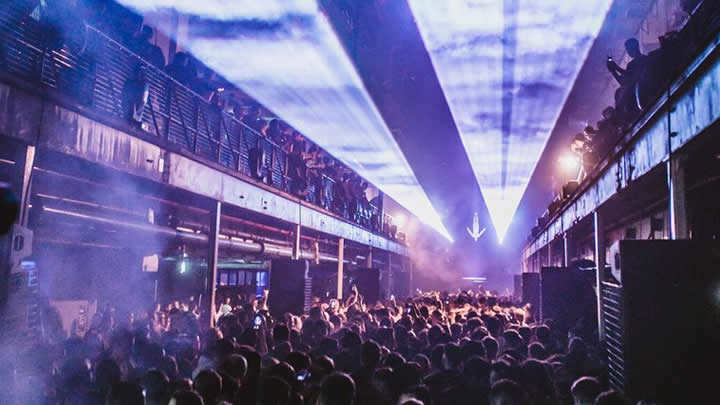 Hats off to Afterlife for giving up and coming artist the opportunity to play at a stage and executing it to perfection. The only downfalls lied in missing Vaal and the urge to turn the music up in the press hall, but I assume that as the venue grows older, they will have these acoustic issues more under control. But saying that Printworks and Afterlife are a match made in heaven! Both brands understand each other and seem to effortlessly get the best out of one and another. This was my fourth appearance at Printworks this season and I have never seen the lighting executed in such a manner. Every time you looked up it felt like a different theme, arrangement and colour scheme and acted as a great visual to the musical journey we were on.