Dickens World has recently made a case for itself as a suitable dance venue. After the success of awesome Defected in the House party on Halloween, the theatre is once again playing host, this time to Landed. With a line up featuring superstar DJ’s such as Annie Mac, Sam Divine and many more. I knew this was one I had to check it out. The show had completely sold out beforehand, so I could tell that other partygoers agreed with me and knew that it was going to be a good one. To be honest I had not heard of everybody on the line up but I was excited at the prospect of hearing something new. It was also great to see event organisers branching out into different venues and trying new things.

After getting through the remarkably fast moving queue, I checked out the venue. Dickens World as it is a theatre, is naturally huge. As I got there I noticed pretty early how huge and open the dance floor at Dickens World was. There were two sets of toilets, including VIP. Drinks were pretty cheap, with plentiful bars arounds the venue. The smoking area was also a comfortable size too. As people started to arrive I could tell it was going to be a capacity crowd was glad I got in there early.

Once I sorted myself out, I went over to the VIP area, where I had an excellent view from the balcony. As I got there Tristan Ingram was getting through his warm up. Extremely confident as always, he did a great job. I was so carried away I didn’t even notice how quickly the building was filling up. The crowd was nice and mixed with both the young house heads and old school techno fans alike. Simon Shaw followed him after and had the crowd going crazy with his upbeat tracks getting us hyped for Annie Mac.

After only seeing Annie Mac at festivals, it was great to have the chance to see her in a different setting. I went to the bar again and the building was at its limits. I quickly grabbed a couple drinks and made my way back to the dance floor. As she charged straight on to the decks the crowd erupted in appreciation. Finally. As she started you could tell the set was going to be a proper show. It was Annie like I had never seen her before. With amazing deep and techno sounds all the way through mixed very well with more commercial tracks. It was something that catered to every single individual. The way she controlled the crowd with ease, building up on every drop, showcasing the very best that she had in store. The atmosphere was taken even further, reaching stellar heights. It was easy to see why the show had sold out. When she dropped Rinse and Repeat (By Riton Feat. Kah-Lo) the crowd roared. Annie was at her best in perfect sync taking us the whole way through the house music spectrum, regularly throwing both classics and the new. It was really a marvel and it had us all dancing in awe.

When Annie was done we caught stayed for Icarus They definitely had a party vibe going. Keeping the momentum going whilst throwing down deep house and techno tracks made for a great listening experience.

Sam Divine came up next. she played an amazing set that covered a range of deep and techno house. The crowd were loving the whole way through. The atmosphere prepped by Annie Mac and Icarus was awesome with the visuals accompanying the music wonderfully. The venue was also extremely well ventilated, as it wasn’t getting too hot as I thought it would. Whilst we were all dancing I didn’t even realise how much time had gone by.

The close down was conducted by Jess Bays and she polished off the night excellently. Winding the night down and we still didn’t want to go home. Overall it was an excellent night and it was great to discover new Dj’s.

All in all, it was a wonderful showcase with a such a balanced line up. It was great to see so many women performing. Not only did they perform well, they showed that they can keep up with the men or, do even better. 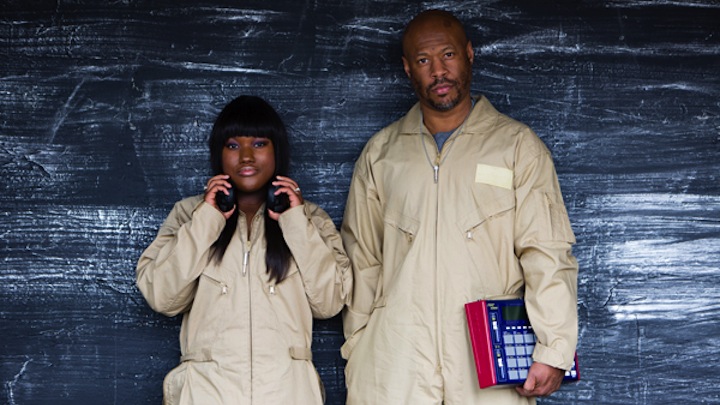