From seedy beginnings swigging vodka and providing sleazy beats in Ibiza strip joints to being a notorious party starter in Leeds, Arthur Barr has recently settled in a mature musical role in more ways than one.

Early on, it was tireless leg work and skilful A&R that built his Fullbarr into a revered and forward thinking label (that released music from Luke Solomon, Hans Berg, Losoul and more) whilst 2015 saw him pour equal dedication into the music scene and co-found the now respected and reputable KMAH Radio in Leeds.

As a DJ he has played everywhere from Fabric’s famed Room One to Twisted Pepper in Dublin via many other haunts around Europe, and has therefore armed him with an innate knowledge of how the ‘floor works and how to move it.

Developing a hypnotic, late night style that flexes the funk of house with the drive and power of techno, he is an infectious character with an equally infectious sound.

This latest mix from the man is a horizontal one, inspired by warm and lazy afternoons, steamy sunsets and intimate moments away from the club. Classy and contemporary, it touches on many forms of absorbing ambient and cannot fail to sooth your mind, body and soul. 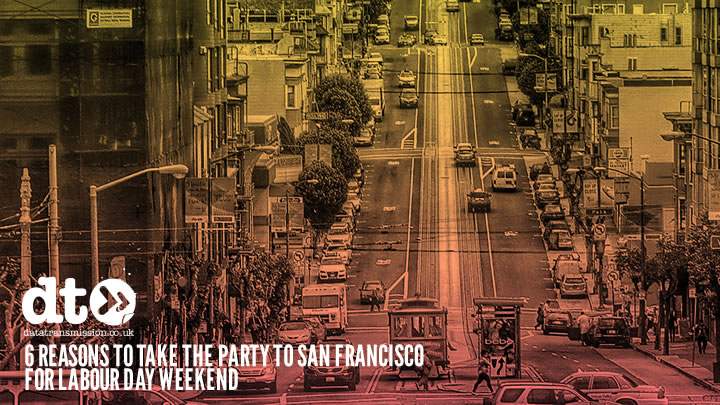 6 Reasons to Take The Party to SF for Labour Day Weekend
thomasnguyen August 29, 2016