He was known as the man running the revered Berlin label that was outputting pummelling, relentless sounds with 4/4 kick drums that could pierce the most resistant eardrums, but it’s been two years since Nick Höppner was label manager of Ostgut Ton. From A&Ring the likes of Marcel Dettmann, Steffi and Ben Klock, Höppner stopped being the daddy of the label, to instead father his debut album at the age of 42. A move that allowed the opportunity to buy more records and focus on DJing shows evidence in tonight’s set at Soup Kitchen for Zutekh.

Zutekh have provided an impressive roster of guests over the years (Midland, Jeremy Underground) but still can’t seem to shake the Warehouse Project-esque crowd of oblivious punters who seem to be there exclusively by association of the promoters, regardless of acts. However, it’s a full house in a modest venue that houses some of Manchester’s greatest nights (just previously it enjoyed the presence of the likes of Dan Avery and Anthony Naples) and Seelie has oiled up everyone’s joints through a selection of rhythmic techno that straddles the line between punishing beats and its brazen, pop-flavoured counterpart.

Höppner picks up where Seelie left off, commanding bending knees without trouble and causing a swirling mass of people to congregate towards the front of the stage. His album Folk has been deemed an essential and refreshing release on Ostgun Ton in that it carries with it a pensive nature; emotive melodies coupled with modern-sounding house and techno but not without a nod to the past. Out Of, one of the harder tracks on the album, leaks out through the speakers with its 90’s-inspired claps, tight 4/4 beats and that bar of bass notes on loop which makes the record so memorable.

Höppner’s set continues in this fashion; thumping notes that reverberate off the walls, the floor and the unsuspecting crowd’s chest, flowing naturally like the Red Stripes towards many a stomachs. His selection process is determined by that subtle groove that links one track to the other, rather than by the rigidity of genre, and it’s not long before Come Closer graces our ears; possibly one of the most accessible tracks on the album. The vocals on this track and understated bassline is a nod towards the poppier end of the spectrum of German minimal house; something not dissimilar to certain Kompakt releases. The expansive, epic nature of this track invokes flailing arms but take no sign that this is the peak of the night.

Optimising on fluidity, Höppner’s set soon adapts a funkier approach in the form of Dial Records‘ mainstay Roman Flugel’s Sliced Africa. A track that received one of its first plays in October on Jackmaster’s XLR8R podcast, it saw its long anticipated release in March and this build-up is reflected in the sheer child-like euphoria in the room. The highly infectious Afrobeat and off-beat drumming is paired with springy feet as the crowd show their appreciation through gettin’ down. Staying true to his genre-hopping beliefs, Höppner opts for a disco-infused last hour; managing to maintain the momentum but not diluting any particular sound through overuse.

Now that he’s gracefully stepped down from the label head role, Höppner is buying records at the rate we eat hot dinners and since quitting his day job is filling his calendar up with bookings. Welcome Mr. Höppner, we’re going to enjoy seeing more of you. 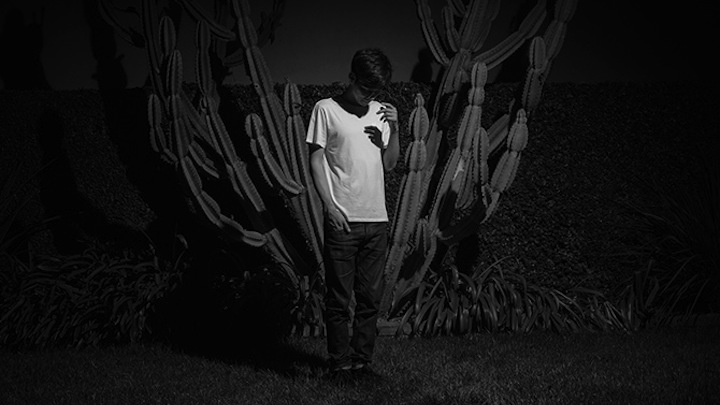