Over the last couple of years, a slew of globally renowned DJs have emerged out of Israel, not least Guy Gerber and Shlomi Aber, but also the likes of Deep’a and Biri, whose sound is really starting to make waves internationally. And to that list we can now add the talents of Yotam Avni, who recently debuted on Aber’s always clued-in Be As One label. With his latest release out now (the brilliant ‘UR Sleeping / Better Days’), Avni is clearly a man on the cusp, even more so when we consider he’s now been signed to the same agency as Aber and also recently played in Tresor, Berlin. We decided to pick his brain recently, and here’s what went down…

So, how did your journey begin? How did you make the initial transformation from music listener to becoming a producer?

When I was 6 years old, I remember we had a scratched copy of Miles Davis’ “Kind Of Blue” LP. Still to this day I vividly remember that moment when the needle hit the scratch and a 4 bar musical phrase got stuck in an endless loop. That is one of the only early childhood memories I have, one that later I realized that was a key moment in my life. It was right about the same time I first heard house and Techno that I knew that I’d like to produce it and not only play other people’s tracks.

It’s been a long time coming, with different roads and musical styles to go by, but now I’m here and very happy about it.

Besides life as a DJ-producer, what else takes up a lot of your time? What are your interests and hobbies?

Up until recently I was still active as a music journalist. But besides music I guess that reading a lot and collecting documentary films is my second great passion. That and weed – gotta smoke weed.

How long have you been making music? And how did it all first come about?

For almost 10 years now. I started off with experiential electronics, soundtracking modern ballet and video arts. Around 2008 I got my name out there around the soulful house scene. I did a few tracks and remixes for Kiko Navarro, Osunlade, Halo & Abicah Soul, then took a break from it to focus on journalism and to look for another musical direction. My older brother’s friend got me an old MPC when I was little, so my main idea and workflow around music production was always based around that.

How does living in Israel impact upon your work? Is it a factor?

Of course it is, it’s where I grew up, where I got my first DJ and club experiences and where still to this day I throw parties and enjoy playing the most.

The best and worse thing about Israel is the fact that it’s so isolated from the rest of the world. Because of that we are much more aware about anything that comes from the States as equally as to what’s going on in Europe. I’m very proud of our local scene and I know for sure that living in this weird-ass country made me the person that I am. So hooray to Israel.

Recently, Israel has become known for it’s house scene, whereas in the past, genres such as psy-trance seemed to be really popular in the country. What did you grow up with?

We really are the greatest exporters of psy-trance to the world. And that makes perfect sense due to our tropical landscape and a political conflict that makes young soldiers look for intense escapism. Psy Trance is part of Israeli folklore. So whether you like it or not, every young Israeli you’ll meet can name at least 5 psy-trance DJs or Producers. Probably even my mom. I never went too nuts about it, but have nothing against it. My background is more around jazz, so for me I always looked for things that follow that.

Aside from house music, what other music do you listen to for inspiration? Do you play any instruments, for example?

My father used to be a drummer, so I grew up on a lot of percussive music – mostly jazz. I also used to drum a bit when I was younger, but never got to the level of my old man  – Go dad! Jazz is The Teacher, not just for Juan Atkins – not just for music. Jazz offers teachings in life.

So have you had any formal musical education? If not, is that a regret of yours?

I think I’m still too young to regret anything, but no, I don’t have any formal musical education. I know my way around chord progressions quite enough for now, though.

What’s your studio like then? Or do you generally just make your music on your laptop?

I started with an MPC, which was my first instrument. Later on I got my hands on a DX7 that became my favorite keyboard, but nowadays its’ mostly just my computer and its FL Studio.

What is your opinion on the scene in your country at the moment?

That’s a good question, One that I’m not sure that I can answer honestly. These days I’m the booking manager of a place called Bootleg, I throw parties at Breakfast Club and The Block and write for the Nightlife Column of 2 local magazines. So if our scene is not doing well, I’m probably one of those you’ll have to blame.

But I think that Tel-Aviv is doing great. We have a small scene but it’s very well educated. There’s a wide variety of music going on, places are open with no curfew hours, there’s great weather, beautiful women and amazing food. You should all come and check it out

Has Shlomi Aber been a great mentor for you? Who else has in the Israeli scene?

Shlomi is a brilliant DJ and Producer. He’s also one of the biggest stars to come out of my hometown. I never thought that he heard about me or my tracks until Gel Abril introduced my work to him. Now, I’m very glad to say that Shlomi decided to take me under his wing, for both the record label and its agency. In a very short time he became my mentor, advising and guiding my work as a producer while giving me total freedom to go and do what I want to. I am very blessed to have someone so talented supporting me. Another huge influence on me from our local scene here, would definitely be DJ Yoav B. The greatest DJ that Tel-Aviv’s ever had.

What do you look for in a track if you’re going to play it out?

It doesn’t have to be from a specific genre, or to offer a big climax. it could be a deep house track, a dark industrial techno or a trance melody, it’s all good. But it don’t mean a thing if it ain’t got that swing.

Do you make goals as a producer? Where, for example, would you hope to be with your music in a few years time?

Every year I challenge myself to one new goal as a producer and a DJ. I really wanted to get a proper first gig at Tresor, which I just did last September. In Tel-Aviv I throw parties under the name AVADON, and I have lots of names that I still didn’t get the chance to host there yet.

There are many great things coming for Be As One as well as a kick-ass single around March  – hopefully – on Ovum. And the next goal is somehow, some way to work with Steve Rachmad in 2015. He’s one of my idols.

Finally, what more can we expect from you in 2015?

I’ll be getting a few women pregnant

Yotam Avni’s UR Sleeping / Better Days is out now on Shlomi Aber’s Be As One imprint. Check out his mix for our Mix Of The Day series below.

Tags:
Previous Article
Crimes Of The Future: Part 1
Next Article
The Prodigy Share ‘The Day Is My Enemy’ 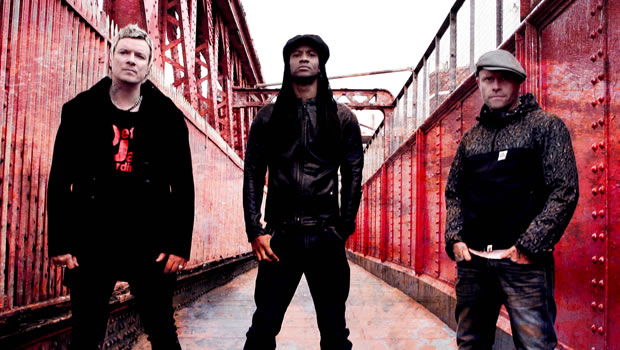 The Prodigy Share ‘The Day Is My Enemy’
Grahame Farmer January 27, 2015