Sounding like Germany’s answer to Vodafone we’re big fans of Mobilee here at Data Transmission. Founded by Ralf Kollmann alongside the inimitable Anja Schneider what began as a side project quickly expanded into a fully-fledged career as mobilee blossomed from a small, homegrown label into a full-on music and entertainment enterprise. Kollmann’s success wasn’t overnight with Ralf earning his stripes within the mid-1990s techno communities of Cologne and Frankfurt, before moving to Berlin in 2002; where he has became a central figure in the development of the capital’s musical identity. Under Kollmann’s guidance, and with his discerning ear, mobilee records and offshoot label Leena have risen through the ranks since 2005 to become one of the brightest stars in Berlin’s glittering galaxy of electronic music labels.

Equally adept at packing dancefloors as he is at predicting tomorrow’s underground hit, Kollmann works tirelessly behind the scenes to hone the mobilee sound, championing the label’s artists and unearthing the future-forward new talent that will contribute to pushing the mobilee vision forward. Unafraid to journey off the well-worn path, he continues to move the label and its ever-growing collective in dynamic directions. Throughout six years of mobilee’s history, one thing has become crystal clear: whether he is running a label or commanding a club, Ralf Kollmann hits all the right spots; he continues to be an integral part of mobilee, behind the vision, passion, and love of music that drives the extended mobilee team in all that they do, and all that will come.

So with all this in mind and Ralf about to touch down in London for Cocoon’s return to the capitals Building Six within the O2 to play alongside Sven Vath, Tim Green and Anja Schneider this Saturday we thought it was high time we invited him in to deliver a 5 steps feature to revisit 5 of the key moments in his illustrious career.

Getting into Electronic music

It started for me in the early nineties when I discovered Techno as a young and passionate raver. I sneaked into Sven Väth´s Omen Club in Frankfurt in 92 and had an enlightening moment when I heard Speedy J playing live “Pull Over”. Richie Hawtin and Daniel Bell also played that night. I quickly began to study the music and culture. During this time there still were many magazine publications, so I started to digest every issue I could get my hands on from front to back. My father’s record collection was also an early influence on me from Krautrock artists, Kraftwerk, Alan Parsons Project to Jean-Michelle-Jarre to name a few.

In 2002 I made a very big life change. I decided that I needed to be where things were really moving and shaking. It was time for me to go some place where all the action was and where I could move forward in music. So I packed up my bags and relocated from Cologne to Berlin. This was obviously a good move because I was suddenly in the middle of a Techno wonderland again that I missed for such a long time after the techno mainstream overkill end of the nineties. Everything just started again and gave me a lot motivation and inspiration. A new techno subculture was about to develop in Berlin around Ricardo Villalobos, Luciano, Zip and some others. We all know what this led to!

Anja and I met in Berlin about ten years ago and started to work on a few projects together. I was still working in advertising and she was working everyday at the radio station including doing her own show on Fritz radio every Saturday night. We started off doing a monthly party series at Watergate. Shortly after Anja was approached about starting her own label. Since we were such a great team we decided to jump on the idea together and Mobilee was born. The rest is history.

Meanwhile we have a blind understanding and share the same vision. Everybody has different strengths that make a good fit together. If two people are deciding directions you are automatically re-thinking everything twice and it prevent making mistakes sometimes. It’s one of the biggest pleasures in life to do what you are passionate about and to have the freedom to only work with people you like and respect. Sharing some of the experiences and insights, we both got by working within the music industry and being “professional ravers” since the 90s with young  upcoming talents is quite fulfilling too. After a short time, a core team of artists gathered and also helped to develop the vision behind the Mobilee ideal.

The start and success of Mobilee and Leena

Mobilee launched in 2005 as a side project. We first started by releasing music from close friends. There never was a specific format for the music, we wanted to give the artists the freedom to express themselves in whichever form they wanted. It could be Deep House, Techno, or a fusion of both, one thing you will definitely find on Mobilee is diversity, as long as the music makes people dance and smile we are happy. The label began to quickly build from the beginning and what started out as just a side project turned into a full time business. Mobilee is now a 360-music entertainment company with label, publishing, booking agency and parties all over the globe.  Due to the success of the label we decided to launch a second label brand “Leena Music” in 2007. Where Mobilee is an imprint that our artists will evolve and grow on, Leena gives us the freedom to release records free from any kind of restraint from the main label.

Even though we throw Mobilee showcases all over the world nothing compares to the energy and vibe of the Hotel Diagonal roof top parties during the Sonar festival. Barcelona played an important role from the beginning as our first international label night was a great success and helped us to get a lot of attention and make new friends from every corner of the Planet in one night. The next year we got the opportunity to take over a day on the rooftop at the Hotel Silken Diagonal and put everything to the next level within our little community. The challenge is to stick to the legal maximum capacity of 237 people and the authorities are very strict with that number since last year. Now it is a three day adventure and the hotspot during the Sonar festivities. But as we love the sunshine and detected some more rooftops around the globe we are bringing the vibe to several cities this summer and also throw a few more events on the Barcelona rooftop in July, August and September.

You can catch Ralf Kollmann this weekend at London’s Building Six alongside Sven Vath, Tim Green and Anja Schneider for Cocoon. More information and tickets are available below:

To buy tickets for this event please visit the events page: Cocoon London tickets from Skiddle.

These tickets are on sale for Cocoon London. Skiddle.com is an official ticket outlet for this event. All credit card purchases you make at Skiddle.com are encrypted through our Secure Server Technology 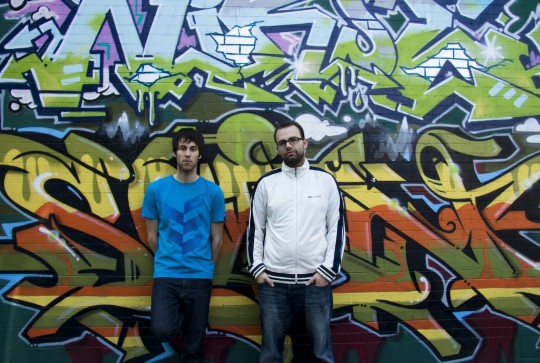