Amtrac, aka Caleb Cornett, is not a newcomer to the electronic music scene. His musical journey began way before he released his debut album Came Along in 2011. In fact, the Kentucky native has an interesting background, involving being various parts of different bands whilst growing up. Unlike many of his counterparts, success has not tempted him to leave his home, searching for an abundant nightlife in the US or even Europe’s clubbing capitals. On the contrary, Cornett enjoys the balance between being on tour and spending quality time in the studio back at home. “When I get home and go to the studio, I work without any distractions. That’s how I can get more focused on the craft.”

Nowadays, it seems that most electronic dance music producers would opt for nothing but EPs, strictly reserved for the dancefloor, whilst avoiding delivering labour intensive albums due to the difficulties associated with their conceptual nature. Amtrac, however, does not seem to have any trouble committing to forging an LP. With the release of his sophomore album just around the corner he admits that finishing the work took a great deal of commitment having seen the LP come together and fall apart more than once during the production process. With only a few small kinks still to work out, it appears he’s nearing the end of sonic odyssey. “I really wanted to add another record for myself, just like progression. It’s coming together and falling apart a few times, just working out the kinks, you know. So that’s really something I’ve put a lot into right now, trying to finish this record.”

As a huge soundtrack fan, the Kentucky-based artist often gets inspired by watching films on mute in the background while being in the studio. What is more, he takes great influence from life’s visuals; noting the value they can add to a sonic experience. “It think they come hand in hand which is why I really like soundtracks, because you can add a visual to the audio and it comes full circle. The could be said for album art as well.” Although not atypical, he’s not alone in his love of the soundtrack with various electronic music artists including the likes of Daft Punk, Nicolas Jaar and Gesaffelstein having produced scores for film, with most gravitating towards science fiction. Cornett, however, is more interested in something more exotic. A huge John Carpenter fan, he’d sooner compose the music for a horror film. If you find that surprising, just take a look at Amtrac’s I’m All Yours video and you’ll get a glimpse of his film-related artistic vision.

Speaking of cinema, talks turns to his previous album and which films would best represent them. “Terminator 1 and 2” he laughs, characterising his second full studio effort as the classic sequel, because “it’s much more dancefloor-oriented offer a lot of action.” Intrigued, we’ll have to wait to see how Cornett’s sound has evolved since 2011, when his Came Along LP landed on Super Music Group. An auspicious debut, that album showcased all of Cornett’s talents – producing, singing and remixing and we enquire as to which artistic pursuit he enjoys the most. “I would have to say producing comes first because it lets me experiment. DJing would be a close second, but I’ve always been producing and over the last 10-15 years I’d have to say that I’ve always enjoyed that the most.” he explains outlining his love affair with music production.

People equally adept at singing, producing, remixing and DJing are few and far between. With  Amtrac, being one of these blessed individuals we quiz him on the possibility of a strictly-vocal album one day. Being artistically open-minded and experimental, he doesn’t rule out the possibility and we can only encourage him to do so whilst to sit back and wait to see the final result. “It’s a possibility that I am still working on. I guess I am getting older and a lot has changed. Maybe one day. I have a few tracks that I am working now that include my own vocals.”

Over the last couple of years, the comparison between the US and European scene has become a hot topic across media outlets worldwide. As most DJs, Amtrac also has an opinion about it: “I haven’t had the opportunity to play in Europe that much, so from what I’ve gathered, it’s more of a show in the US right now. The way DJs are treated almost like celebrities. Everyone’s always looking at the DJ. It seems that overshadows it’s more just about the music and it’s not so concentrated on the DJ putting on a show and throwing his hands up in the air.”

Having enjoyed a stellar 2015, marked by series of well received reworks and original singles he’s excited to showcase his much vaunted skills in the DJ booth to a wider audience with the release his first-ever mix compilation. Joining forces with Mark Knight’s long running Toolroom imprint, he takes the helm of the third incarnation of their Toolroom Live album series. Clearly a special moment for Cornett, he’s put everything in it, in a drive to show music fans what he is all about as he explains. “I just picked the big records that I have been playing over the past few years, plus  a bunch of new stuff too. I kinda put everything into this mix because it’s my first mix that has been released for sale and I wanted to show people what I was about.”

As the conversation moves on to his  remix portfolio, we note the range of the artists to have their work reshaped in his image with artists as varied as Duke Dumont Kaskade, Ellie Coulding, Azari & III, RUN DMC and the legendary Depeche Mode all seeking out his services as a remixer. His remix of the latter’s Should Be Higher is a great example of how a remix can totally transform a track to the point where it sound like a completely new piece of music. Cornett admits:“yeah, that was a very fun remix, it was crazy to work with their vocals. I really like Depeche Mode.”

We note that this puts him in the same category as people who breathe oxygen, with Data Transmission yet to encounter anyone who isn’t a fan of the outfit. So does he have any guilty pleasures?  Surely everybody has at least one one. Some people secretly listen to the Spice Girls in the car, while others like to sing Mariah Carrey in the shower. Mr. Cornett ever the cool cat on these matters declares his as Tears for Fears, which is as classy as it gets, if you ask us.

To say that we’re curious (and excited) to hear what Amtrac has been cooking and what the future holds for him artistically-speaking, would be one of life’s great understatements. Here’s to the future Caleb!

Amtrac’s edition of Toolroom Live is out now. Check out one of the many exclusive tracks that made the final cut below. 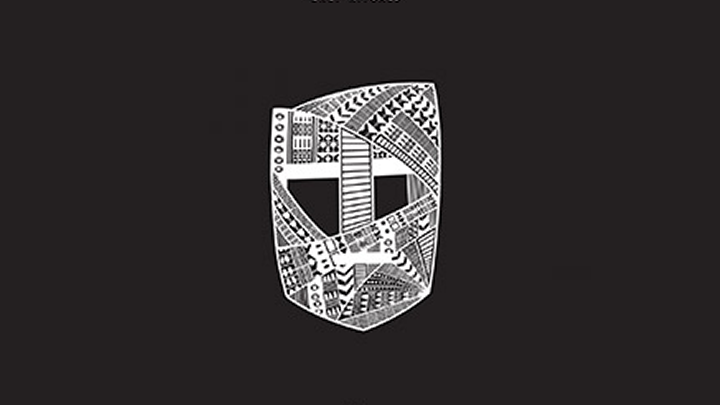