“If you look at what me and James have been doing with tunes like Timekeeper or even as far back as Tevetron with Jubei, we’re pretty heavily rooted in the mid 90’s tech step sound. We bought that stuff, we played that stuff, you can’t really shake that off you know?” For those able to remember and reference drum & bass’s earliest and possibly most defining genre tag, it’s crystal clear M.I.R. (Make It Roll), the new single from the excellent Ulterior Motive, offers a subtle nod to the old school production style pioneered by the likes of Matrix, Usual Suspects and Konflict whilst in the same vein keeping it completely up to date. As Greg Hepworth, one half of the Bournemouth based duo consisting of him and James Davidson, explains; giving listeners a glimpse into your musical background is vital when presenting your own music to the world. “When me and James write a single, one side will have a very prominent influence in it. People are relating Make It Roll to Kemal & Rob Data; we’re huge fans of them. I think James has every single tune from them on vinyl. It’s important to put your influences into tracks. No one is free of influence in drum & bass anymore and sometimes it’s good to show that bit of history, that bit of character.”

Similarly, Greg understands there’s a distinct difference between being inspired by music and merely producing a carbon copy of it. “It’s not about ripping people off or nicking a riff or anything like that. It’s about putting a bit of your heritage into a track and saying this is what we’re about and how it played a part in what we came up on.” In a sea of occasionally mediocre Ed Rush & Optical clones, tracks that succumb to far too much technicality or suffer by simply chucking in way too much and ending up a bit of a mess, M.I.R. stands out, especially as a techy cut of D&B, primarily because of the ‘less is more’ ethos you can hear Ulterior Motive have put into writing it, echoing the sound of some of their earlier material like 2098 or Seven Segments. “There’s a fine line between getting it right and a tune becoming loud and tasteless. There’s a lot of music out there that’s loud and lashing but has got no funk. We approach producing in a sort of analogue way, that’s why our tracks sound the way they do. We try and keep it organic, don’t over polish stuff. It hasn’t always got to be clinical. You can ruin stuff like that sometimes.”

M.I.R / Given Contact is Ulterior Motive’s third single since signing to Metalheadz early last year. With the label having gone through some changes behind the scenes and the roster of artists and affiliates expanding, how are they finding being an integral part of the vision Goldie set out 20 years ago? “Me and James feel part of the machine,” states Greg. “We’re doing our thing and everyone works really well with each other from an artist point of view. There’s no clamouring over each other for ego and they’ve done a great job of getting each corner right. Lenzman does what he does; no one can really do what Jubei does. It’s a good camp to be amongst, we’re really happy there.” Previous encounters with Metalheadz had come via collaborations with Jubei. But remixing Future Cut’s Obsession helped to cement the bond between artists and imprint. The remix came to life after a drunken bluff was called during a night out at Cable. “I had a conversation with the old label manager at the time, Chris, at a Metalheadz night Rodigan played at. We were upstairs having a few drinks and I said ‘you should let us remix Obsession’. Then I got the parts about three days later…” he says, remembering the moment and the realisation that this was something they would now actually have to do. “Me and James shit ourselves a little bit and we were like ‘right, we’ve gotta get on with this!’ We managed to do a good job of it in Goldie’s eyes and that set us on the road to working with him.”

After coming to prominence on Teebee’s label Subtitles with releases like Breach and fan favourite Featherweight, to being able to call Metalheadz home, there’s a strong sense of pride in their development as a group. “If you listen to our back catalogue we don’t just do one sound. Right Here is totally different to 2098, Frozen Sky is totally different to M.I.R. We like to do what feels right at the time and to keep progressing technically. It’s not about doing the same thing because you have to show progression in the sound. People say to us they can tell an Ulterior Motive tune when they hear it but I like to think no one tune is ever the same. We just expand on what we do every time I suppose.” There’s also much consideration that goes into their tracks if it’s for something specific. “If someone comes to us from Critical, Subtitles or Headz we can get away with writing a certain type of tune for them. Take for example God’s Neighbours. We wrote that for Platinum Breakz, not for Metalheadz. We thought if we’re ever going to get an opportunity to write a cinematic drum & bass tune what better album to put it on than Platinum Breakz?”

Ulterior Motive’s  M.I.R / Given Contact is out now. Check it out below

LSB walks us through his album ‘Content’
Grahame Farmer December 15, 2016 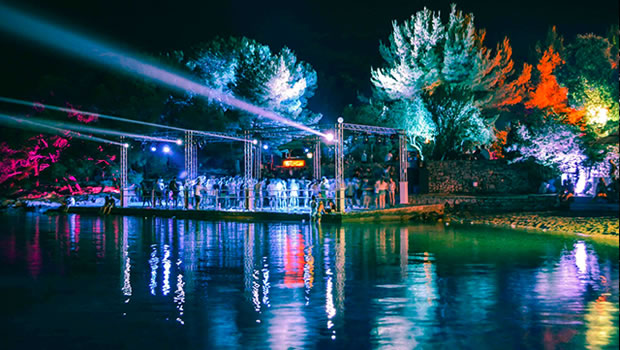