At Data Transmission we’re firm believers that the essence of the beautiful is unity in variety. That’s why curating any sort of list can be an utterly thankless task and selecting the DJs we think have been the most impressive over the last 12 months has been a massive source of contention here in the office. On reflection, perhaps picking 40 from across the wide smorgasbord of electronic music was a tad ambitious and we quickly realized we could have collated a top 1000. Now multiple fist fights and shouting matches later we’ve completed our list based upon the following DJs dexterity behind the decks in 2016.

In No Particular Order..

Archie has been steadily rising on the underground scene for quite some time now, 2016 was one of Archie’s busiest to date. As well as a crazy touring schedule with appearances at major events worldwide, he has also shown consistency in the studio with a flow of releases and remixes for his own labels Moscow Records and Moss Co. as well as FUSE, Be Chosen, Pleasure Zone and many more. That aside, his biggest achievement was undoubtedly conquering the residency at FUSE X Hyte through the summer at Amnesia.
The beginning of 2017 sees Archie gearing up for the launch of the next stage of his and Rossko’s Arkytyp project – A record Label. They will release a 3 track EP titled M25 in January. Hard work and determination has really payed off for Archie and we feel he’s going to reap the rewards of this in 2017.

The LA-based, Chicago-born J. Worra is an exciting new house music talent, fast establishing herself on global stage with a razor-sharp, unique sound and an ever-growing number of A-list supporters. It hasn’t taken long for her talent and dedication to be recognized, most notably via her ‘Oh, Hello’ release on Sleazy G. She recently served up a slice of jacking, idiosyncratic, bass-heavy house on our Spotlight Mix series, check it here. For those that grabbed her recent Free Download ‘Wonderful Stuff’, which was a new cut that looks set to further elevate her reputation among the scene’s elite.

Kicking their career off in 2012, Toyboy & Robin achieved early recognition through their summer heater ‘Jaded’. After dabbling in the cross-over deep house scene for a number of years, the boys continue to evolve, channeling inspiration from their true influences in the house and techno scene.  Then all of sudden they went quiet, took themselves off to the studio in 2016 for a triumphant return in 2017 which is why we have included them in this list as we hope they bring the heat in near horizon, so expect nothing but straight up grooves for the foreseeable!

Since breaking through, Newcastle native Jacky has quickly become one of the year’s most hotly tipped DJ/Producers. With a string of releases on some of the underground’s hottest imprints and a series of roadblock shows – including the launch of his own instantly successful Jacky & Friends event series in Manchester, Ibiza & London.  Now breathing fresh life into his own Red Lunar Records imprint with his most impressive production to date, Jacky readies himself for even bigger 2017.

Already very popular in South Africa, production/DJ/performance duo Black Motion are set to be the next breakthrough act. Both having a history in music production, Robert (DJ Murda) Mahosana and Thabo “Smol” Mabogwane met in Soshanguve, a township located 25 km north of Pretoria in 2010 and formed a bond through a love of house music and an appreciation of traditional African music.

What really sets them apart from other house music artists is their live show in which the roots of their African music comes through, via the rhythms laid down by Murda’s Djing and Thabo’s accompanying percussion and in the way they both spectacularly respond to the music. It’s an infectious sight for an audience to behold.

Julia Govor was born to move people. She made her debut performing in a small military town in Abkhazia, which led to her becoming the cassette-DJ at the town’s nightclub. Every Saturday, the ever-diligent Julia was on stage performing new songs by Russian singers or songs written by her oldest sister, Galina.

Fast forward a few years, Julia has clearly been deeply inspired by the techno artists she’s been playing with and begins to produce herself. A relocation to New York has seen Julia perform alongside the likes of Jeff Mills, Richie Hawtin and Sven Vath at Output, Time Warp, Awakenings and Electric Zoo.

He is the 20 year old musician and DJ from Newcastle-upon-Tyne, England, whose records have attracted the attention of key players within the scene such as Laurent Garnier, Levon Vincent, Patrick Topping and Jackmaster, and his work has landed him in some other big publications.

A recent signing with the ever popular Troupe Records and the wheels in motion to launch his own vinyl imprint in May 2016. Recently he played backtoback with Patrick Topping at Warehouse Project and has releases coming out on Eats Everythings Edible label, the signs of things to come for this young producer are huge!

Six years in the making Manchester‘s latest Drum & Bass export North Base have been causing serious damage within the dance music circuit. Regularly placed on lineups alongside Chase & Status, Andy C, DJ Hype and more this trio certainly are making a strong impact. Already having played at some of the top music festivals and clubs worldwide including Glastonbury, fabric, Warehouse Project, Creamfields, Ultra, Metropolis, Soundclash, Snowbombing and of course dropping us a mammoth six our history of Drum & Bass Podcast.  2017, these guys are evolving from strength to strength and are becoming serious game players within the drum and bass scene.

London based house and techno duo, MANT, bring an eclectic range of influences to the table, and have moulded these into their own unmistakable brand of club music; a sound that will no doubt become unanimous amongst underground listeners as the unmistakable sound of MANT.

2016 saw three EP’s under their belt including a collaborative EP with our Rising Stars for 2016 –  Solardo, MANT have already received wide support from the scenes top players including Hot Since 82, Jamie Jones, Steve Lawler, Joris Voorn, Claude VonStroke, Nic Fanciulli, Joseph Capriati, Richy Ahmed & many more.   They were also one of our Best Festival sets from 2016 at Exit Festival, so we can’t wait for their 2017 offering.

Emanuel Satie, the Frankfurt-born, Berlin-based house and techno producer had been steadily picking up steam with straight to dancefloor hits on DTFD, Get Physical and Gruuv.  His rework of Late Nite Tuff Guy’s remix of DJ Le Roi & Roland Clark’s I Get Deep hit number 1 in the Beatport overall chart and still sits high in the chart today.

Emanuel’s list of notable remixes is also growing, with remixes for DJ Sneak & Riva Starr on Snatch Records, Who Made Who on Get Physical & Shiba San on Suara all having dropped in the first half of 2016. The second half of the year has seen in-demand Satie release a slew of high profile singles and remixes including an EP on Hot Since 82’s Knee Deep In Sound Label dropping in August to critical acclaim, and a stunning remix for Riva Starr released on Green Velvets iconic Cajual Records which has been doing damage on dancefloors the world over.

Most recently Satie has picked up the coveted Best Producer award at the DJ Awards, an acclaim previously won by such luminaries as Maceo Plex and Solomun and looking forward to 2017 he has forthcoming 2017 releases on; Viva Records, Moon Harbour (Jan) and Saved (Feb), 2017 is looking very bright!

Belfast producer LOR put out his first release, the ‘Versions’ EP came out in 2016, showcasing his reworks of Arthur Russell ‘This Is How We Walk On The Moon’ / Kraftwerk ‘More Fun To Compute’ / Derrick Carter ‘The Hollow Clash Of Marionettes’ and received immediate support from the likes of Dixon, Ame, Roman Flugel, Bicep, Mano Le Tough, John Talabot, Gerd Janson, Eagles & Butterflies and more. The remainder of 2016 saw big releases on such labels as, Cin Cin and Exit Strategy, as well as a remix of Sau Poler ‘Esperits’ on Atomnation, which drew heavyweight support.

Already lined up for 2017 is a new LOR release on the cool Montreal label L’enfant terrible, as well as remixes on Groenland Records (Berlin), Atomnation and Warm, plus ‘Versions 2’ with some very cool, new LOR reworks. 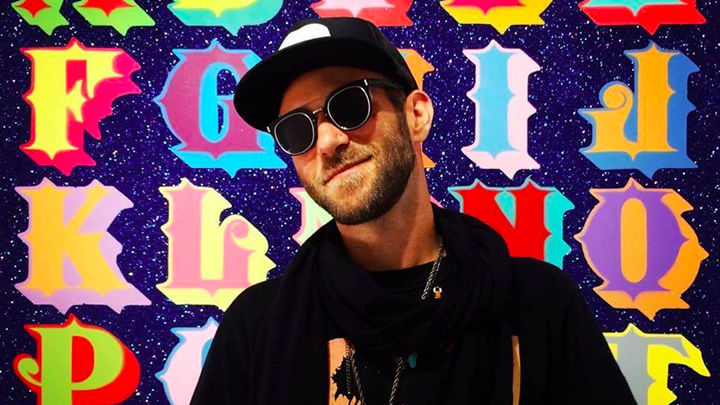