At Data Transmission we’re firm believers that the essence of the beautiful is unity in variety. Over the past 12 months our writers, staff, reviewers have ventured to as many festivals & large events as we could, to bring you the highlights & reviews of the best around.

2016 was a year of epic proportions for not only House, Techno & Dnb but for Data Transmission as well.  After a long discussion we narrowed down our favourite DJ sets of those festivals in a handy top 20.

The main stage on the second day of Defected Croatia was then treated to a stellar b2b set from Franky Rizardo and Sam Divine, throwing down some of the most insane drops the game has ever seen and gearing the crowd up for what was set to be a festival to remember, smashing out classics and edits left-right-and-centre, from Pete Heller’s ‘Big Love’ and Sanchez’s ‘Another Chance’ to Carnao Beats’s new rework of ‘2 People’.

2. Mistajam at South West Four
The first highlight of the whole South West Four weekend came early on Saturday afternoon came in the form of MistaJam’s set.  Playing early on the Main Stage around 3pm – he turned a sitting down having a beer on grass main stage audience to a full on rave in less than 35 seconds, simply walking from the back of the stage to the front using the mic. Pure Genius.   A massive hat tip to the Lock N Load guys for programming him in this set time, it really worked and for us this was one of the Best ever SW4 sets, great choices of music for the right time of day, for the setting in front of him, we simply cannot find enough superlatives for him.  As the set carried on the crowds grew and grew in front of him, gliding through the genre and mashing them up with pure ease, it was a wonder to watch.

1. Heidi at Lost Village
The main stage has a different atmosphere to the more intimate woodland stages at Lost Village Festival in Lincoln, Heidi’s trademark jacking house was right at home and really shone as not only the set of the Day for us on the Saturday, but also our Top Festival performance of 2016.

Not content with simply running one of the UK’s most exciting record labels, the Moda Black boys, Jaymo and Andy George, launched Lost Village in 2015 in the Lincolnshire countryside. Lost Village will play host to the crème de la crème of electronic DJs having been inspired by “a fascination with old ruins and abandoned places,” explained Jaymo and Andy via the press release, “mixing that almost haunted woodland ambience with amazing music is going to make for a really special weekend-long party.”

Back to Heidi, the tent was certainly a rocking for the whole set before finishing with a prince tribute, at which point two guys dressed as prince appear on some shoulders to seemingly dance in mid-area in front of the whole crowd. 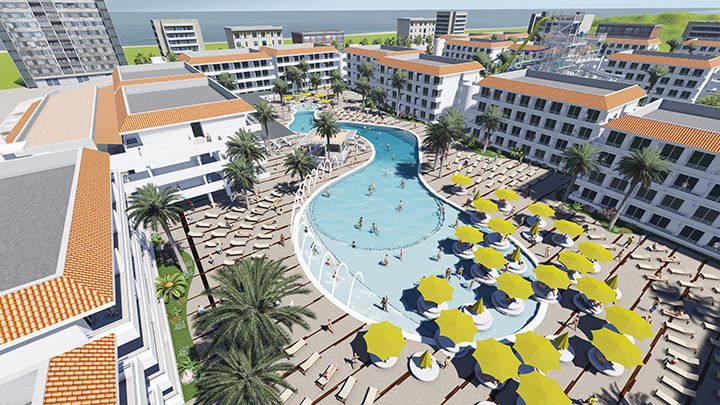