tINI: Leader Of The Gang

In a recent sit down with German’s groove master from Mysteryland in Bethel, New York I was able to speak one-on-one with tINI. Mysteryland was her last gig of her current North America tour in which took place these last two weeks. After losing luggage, being absolutely exhausted from traveling show to show you’ll be pleased to know her passion remained undimmed and she was just as hilarious as if she were joking after a uneventful, relaxing weekend in Germany.

Firstly I have to say I can’t stop looking at your hair. You have great hair. Have any salons or hair product companies tried to lure you into becoming a spokesperson for their products yet?

Actually I would love too. Funny thing is today my hair is not as it normally is – it is tied up because my tour manager Greg lost his bag as well as half of my stuff – so all my bathroom stuff along with my favorite curling spray, who I would love to get them to sponsor me has been lost. It is really cheap product called the EM, it’s the best thing you can get and I have been using it for seven years. I’ve tried every brand you can imagine and it is the only thing that works. If I were to be asked I would only say yes to them. I can’t find this product anywhere when I am touring so I am going crazy right now until I get it. Nothing is comparable. Sponsor wise though I do have sponsored skater socks purely because they are so comfortable but hair products? None as of yet!

What enabled your style and do you consider yourself a trend-setter in the techno scene?

I don’t know about that. I really don’t check out my surroundings when it comes to my style. I mostly like to know what I don’t want to look like. I don’t want to look like anyone else but my style is pretty easy – I love boots, all black and I love sneakers. Clothes wise I like sort of baggy pants and have recently discovered patterns. It’s a typical thing people in techno say that we all wear black but I just like black because it’s simple and I can still eat like a pig and still look thin! Typically I can say it is almost boyish, a bit metrosexual.

Cool. Having just played a festival here in the US and coming from Europe what would you say is the biggest difference between European and American crowds?

Definitely the clothing.  I’m sorry to say that but the sense of dress in the US at the moment looks like a throwback to the 90’s in Germany. It is not so much a big difference in actual clothing but it is as if there is a time shift. I think the big difference is that the Americans seem find out about our kind of music a lot later. The scene is way smaller here. It is also way different in that the crowds you catch here in America are generally listening to you in more intimate venues and the people who are there are really into the music. What I really like about the States is that the people you find are really into it because they’re discovering something different that isn’t Avicii and because it is totally new to them the excitement is on different scale. Everyone remembers their first experience.

Interesting. What do you think sparked the recent American techno explosion?

Us, ALL OF US! No, I want to say that a large contributing factor seems to have been the CNTRL Tour that Richie Hawtin and Loco Dice did. They took a tour bus touring through the U.S doing three big shows and went to colleges and universities to show kids what the music is all about, what is happening and how to produce music. The two made our music both more accessible and visible. I think that was a very important thing to do.

Considering the renewed focus on highlighting artists different label affiliations on event billings how important  do you think it is to release on a variety of labels?

I think it is very important to release on the right labels because nowadays you can get labeled and typecast so easily. It’s all too easy to all of a sudden be seen as a more ‘commercial’ artist even though our definition of what is commercial is so far removed from most other genres. We do need to embrace the variation that we have in electronic music and not be so quick to label everything. From the underground to the so called mainstream there are so many different variations and that is definitely worth celebrating.

I want to say one of the labels I really love at the minute is Fathers and Sons which is run by my friend Julian Perez, who has an amazing selection of what although I don’t like to use the term underground can be described as underground deep house and house tracks. I really love raw productions very raw sounding house as far as my sets and track selection so hopefully we’ll see plenty more of that emerge.

Talk to me about tINI and the gang. It’s more of a crew than a label, right?

Definitely, we do not produce any music and I do not plan on doing any label work as tINI and the gang. It is more of a party or becoming an artist collective or platform to bring out new people.  It is not a label based crew.

How did the gang come about and where else do you want to come through with your gang?

I want to bring my party everywhere! But it started back in 2010 from when I was staying the summer in Ibiza with a friend. My friend, Paula got an offer for a spot on Wednesday nights. She asked me to do the programming for that and she came up with the idea for me to host it. She was always a big fan of my music and she knew I could attract Desolat artists which was really appealing to the owner of the club. We had a little break and started back up in 2012 and 2013. It all started by me asking some of my friends to come play so the way in which it started off was very small in comparison to what we have planned for this summer. This 2014 season is actually going to be the full season we’re in Ibiza every Wednesday.

Awesome. How does one become part of the gang?

There are people playing for me on a regular basis but I am always encouraging more to come out and join our party!  There are so many people that I hope to welcome in and naturally I am always happy to discover new people.

And finally, can you tell us about some of the things you want to accomplish as you close out the year?

Sirocco in Ibiza which is now called Sands booked us entirely for the 2014 season because of the success we’ve enjoyed on the island in previous years. I guess I really just want to educate more people about tINI and the gang and the talent that we hope to showcase to the world. For many of the parties, I won’t be playing personally because I really want to shine a spotlight on the many upcoming artists that we’re going to have play for us. Hopefully I can just sit back and watch the party grow. I’m lucky in the fact that many of my goals are complete and so I am just so excited to see what this upcoming year is going to bring me.

tINI plays this years Eastern Electrics Festival in the UK this August 2. More information and tickets can be found here: www.easternelectricsfestival.co.uk/ 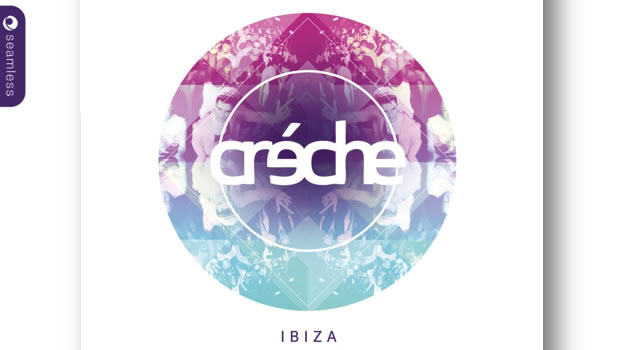