In a lot of ways New Year’s Eve is considered the pivotal party date on the calendar, albeit even if it’s considered an over hyped celebration by many. But the reality is that when it comes to raving, it’s New Year’s Day that has reared its head, hosting the biggest line ups before the year has even properly begun.

January doesn’t need to be signalled with a self-pitty fuelled hangover in the world of electronic, and if you do choose to do the double and face NYE then there’s a good enough reason to climb out of your pit the following day – Warehouse Project’s NYD bill.

For the Manchester clubbing institution, the first day of the year is paramount to the season. After all, it’s the last party of the 12-week-long series and dubbed the official closing party, meaning no expenses are spared when it comes to curating the annual mind-boggling line up. We were greeted with the typical hussle and bussle of Store Street and the all too familiar drive to find the right spot and positioning ready for the night ahead in the industrial paradise. Jasper James was making his mark on Room 2 when we settled.

After a ridiculous rise this year the Glaswegian party starter has become so much more than a warm up artist. He worked through harder bits of techno, wavering from side to side with the beat, with a confidence and attitude of a DJ double the age with double the experience. There was a real focus on heavy percussion and nods to funk and disco, he was hypnotisingly at ease with his surrounding and his assorted track selections, offering up helpings of lush house party tracks, before dipping back into slamming techno beats.

Skream was up next, taking us on a whirlwind trip through classics and standout tracks from 2015 such as Fatima Yamaha’s ‘What’s A Girl To Do’ and his own remix of The Chemical Brothers’ ‘Sometimes I Feel So Deserted’. Over in Room 1, it was time for Drumcode overlord Adam Beyer to give Store Steet a lesson in how to execute an almost perfect techno set. Ambient yet boisterous, he worked tirelessly through heavy and relentless beats. The visuals on the screen were otherworldly, images of a brain flashed in front of the crowd before a bouncing bass kicked in. It was a completely immersive experience with monumental results as the whole of Store Street stomped towards the finish line. It was a suitable closing for WHP, and a deserved beginning to the new year for discerning ravers that started as they mean to go on.

Wehbba shares his favourite sci-fi films to coincide with a return to Drumcode
Shelley Dodds January 23, 2023 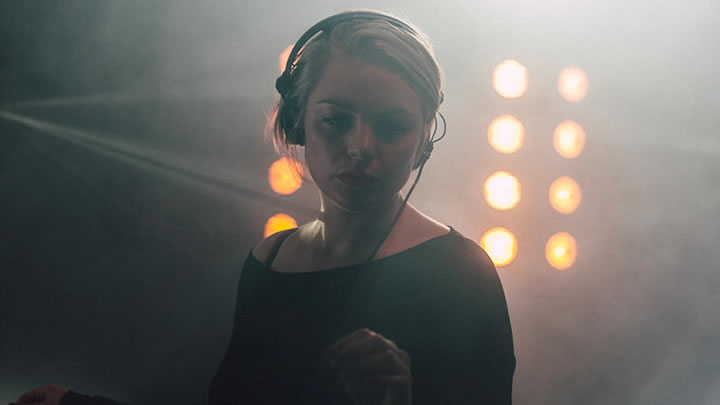