When it comes to house music, Terry Farley’s word is unimpeachable. ‘Farley Knows House’, you might say, if you wanted to indulge in a little acid house in-joke; that also being the title of the 1985 acid house classic by Farley Jackmaster Funk. To which comment the good Mr Farley might well indulge you with a wry smile, that being exactly the kind of in-joke so popular in Boy’s Own (and its later successor, Faith), the ‘village newspaper of acid house’ that charted the rise of the music that would end up taking over the UK’s club scene and beyond (and launching the DJ careers of founding members Farley and a certain Andrew Weatherall into the bargain). His many achievements also include a record label (Boy’s Own Recordings, later Junior Boy’s Own) that would release acts like Underworld and the Chemical Brothers onto an unsuspecting public. It’s fair to say that if it’s house music-related, Terry Farley’s been there and bought the t-shirt – and it’s a very limited edition one and there won’t be any re-issues…

Farley’s bona fides were well (re-)established with 2013’s ‘Acid Rain: Definitive Original Acid & Deep House 1985-1991’, a lengthy compilation which charted the origins of this thing called house, unearthing some storming cuts from the birth of the genre and in the process highlighting the raw beauty of some seminal cuts for a new audience, many of whom were not born at the time of their release. In a time when ‘deep house’ is the new meaningless music marketing, this was a timely history lesson in the likes of Charles B’s ‘Lack Of Love’ and Sleezy D’s ‘I’ve Lost Control’ – with the bonus of sounding bloody brilliant into the bargain. However, that was just the beginning and it seems that Farley’s still got a lot to say on the subject.

‘Acid Thunder: More Definitive Acid & Deep House’ takes up where the last edition left off and takes a similarly comprehensive view, using only original versions often never released before – and definitely not in these re-mastered versions. We’re taking ‘58-tracks and liner notes from Jacob Arnold of the Gridface blog’ here, this isn’t just a few bangers knocked together to get a few DJ gigs. There’s even a whole disc dedicated to the memory of Frankie Knuckles, house music’s recently deceased godfather, whom Farley shared a bill with at MOS shortly before his recent death from compilations due to diabetes.

As Disc 1, entitled ‘Deep House Foundations’, opens we’re clearly in classic house territory, with E.S.P’s ‘It’s U’, which is all simple keys, soaring synths and whispered-but-urgent vocals. Every snare is an evocation of the track’s 1986 origins and it’s the perfect scene-setter as we get to the heart of the genre. Later on track 3’s ‘Open Your Eyes’, by none other than  Marshall Jefferson, kicks the tempo up a notch, with its spoken-word vocal and lush, jacking tones reminding us that we are most assuredly on sacred ground. ‘To The Motherland’, which follows Jefferson’s lush number, is a more acidic beast, with its mix of epic organs and irresistible synth translating into a quiet storm of a track by Steve Poindexter. Then ‘All Dis’ by Romance sweeps us firmly into dancefloor-bumping prime time, with this keyboard-heavy jacking beat that is infectious and spiritual in equal measure.

Disc 2’s ‘Spiritual House Music’ starts, of course, with ‘Let The Music Use You’ by The Night Writers, an acknowledged classic of the genre. Soulful lyrics are one of the foundations of house and a relic of the genres’ origins in disco (house being ‘nothing but disco’s revenge’, in Frankie Knuckles’ immortal words) and soul music before that and those origins are wonderfully displayed here. Lighter numbers like this one, ‘You Used To Hold Me’ by Raplhi Rosario featuring Xavier Gold and the fantastic falsetto of Sterling Void’s ‘Don’t Wanna Go’ share the bill with heavier tracks like the fire-and-brimstone evocation of Bobby Konders’ ‘Let There Be House’ or ‘Let’s Move’ by E.S.P, all contributing to a soulful yet serious feel, as befits the roots it seeks to showcase.

On the wonderfully- named Disc 3 (‘Club Kids Jack Attack’, if you please) we’re into more pumping territory, with MK’s synth storming and orchestral ‘Somebody New’ sharing the bill with two atmospheric numbers from Risque III (aka K’Alexi and Robert McKay), ‘Risque Madness’ (which is so fast it’s like a proto-hardcore track) and the deeper ‘Essence Of A Dream’ (which has some pretty raw vocals, I’m warning you now). But the pick of the tracks here is ‘Personal Problem’ by MD111, which marries a truly face-crunching acid b-line with a laidback vocal it’s hard not to love. It’s music that you hear the next day and start to feel wrecked again, basically.

Now CD 4 I will leave aside, as it’s impossible to judge Frankie’s contribution here, suffice to say that it’s pure gold in that smooth Knuckles vein and his own track, ‘Only The Strong Survive’, offers the best sonic tribute to the last of house music’s black, gay godfathers – RIP.

Which finally brings us to CD 5, ‘People Of All Nations’. Things get tougher here again, from Bobby Konders ‘Nervous Acid’ to the Modern Mechanical Music’s ‘Persia’. But there’s also more of a sense of house as a movement, from the melancholic vocals of ‘When We Used To Play Together by Blake Baxter, which marry effortlessly with the full-throttle beat to punch way above its weight. ‘It’s Time To Jack’ by Chip E is an acknowledged classic and the title track is definitely the basis for a lot of pop you know and love, but the real star here is Joe Smooth’s ‘Promised Land’. By this point it’s new to precisely no one, but that pop-gospel vocal and all that soaring FX (rendered impeccably here on this mix) sum up the timeless appeal of house like nothing else. It may be a cliché, it may be cheesy, but it wears its heart on its sleeve, just as Farley does by including it.

Ed Hoffman debuts on our label with ‘Good Time’ 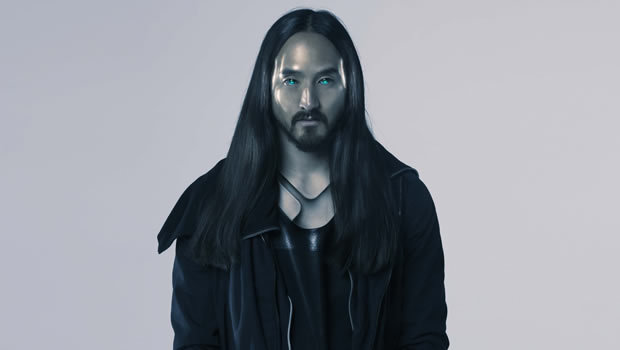