DT doesn’t mean this in some achingly cool hipster way. Rest assured, we’re too skint to ‘only play vinyl’ and ex-army issue jackets and moustaches just make us look downright creepy. But the fact of the matter is, like the mid-noughties global economy, the 19th century Goldrush and our editor’s blood pressure every time he gets pitched a a totally irrelevant pop star for feature, there’s a definite sense that at some point, something’s going to burst. The event calendar has never been more full, there’s never been so many breakthrough DJs, so many huge tracks, so many apparently game-changing landmarks and so much money that many promoters, venue owners and festival often wonder how sustainable this is. Searching for some perspective on all this, last month DT found itself in a dance studio in South London wherein a group of intrepid individuals were trying to do something different. Espousing a philosophy that takes the focus away from the DJ and places the spotlight back on dancing as TerraFerma seek to “redress the balance of increasingly commercialised creative industries.” The concept is simple, socialist in flavour and in many ways has the potential to be revolutionary. Working with established artists who generously agree to invest their performance fee back into the project, we were so intrigued by TerraFerma that after we attended one of their Body Workshop sessions we invited the founders of the project to outline their vision of the future of electronica to us in the form of a manifesto. Read it below.

True art is the accurate manifestation of the human soul.

From the pre-historic cave paintings to the modern art movements, it is the story of life itself.

Our relationship with music and dance has been deeply rooted since the dawn of our time.

One of the earliest examples of human art came from the need to connect communally through the power of dance and the beat of the drum.

In an age where the original values of the Electronic Dance Music movement are getting lost to commercial enterprise, TerraFerma aims to re-connect with our primitive need to feel united under the rhythm, through a plethora of activities, the fusion of different art disciplines and the free experimentation of new concepts in electronic music.

Aspirations for the future.

It has been an extraordinary 30 years.

It is an extraordinary global movement.

The constant and rapid evolution of technology and the monetisation of our youth movement turned us into a profit driven business environment and has affected our journey in many ways (positive and negative) and brought as to an important crossroads in our history.

We have a great opportunity and the means to create a new chapter in this amazing story. A chapter where Art is taking centre stage. Where young talent is given the chance to flourish and where the audience is hungry for quality rather than a cheap thrill.

We do not have to rely on or pray for external factors such as technology or a specific business model to determine what future the scene will have.

TerraFerma is offering a comprehensive plan with a plethora of interconnecting activities that work towards the continuation of our values and ethos that made this movement spread beyond borders.

The future heroes of the scene are the current strugglers. The ones that dedicate their lives on pushing the boundaries of electronic music. The unsung workers who are locked in the studio instead of building their image on Facebook, the ones that agents consider non-media friendly. We take grassroots development and young talent support very seriously and activities such as The Art Aid Project (a series of activities that serve as a mechanism / conveyor belt for emerging talent), will take centre stage at the TerraFerma calendar.

The production of quality documentaries will be a paramount part of the TerraFerma plan and we want to create a series of short films shedding light on issues that affect us and highlighting developments within our scene.

Furthermore, we want to create and fund think-tanks in order to research and find solutions to problems such as the devaluation of music and it’s effects on music makers or the problems local scenes face due to unreasonable legislation from local authorities or the state.

The Body Workshop in association with be-at.tv

The future of electronic music that we envisage is filled with Art.

We want to fuse different art disciplines and see what comes on the other side.

We want to associate modern / contemporary dance with quality electronic music and show the whole experimental process to the audience via live streaming .

We will utilise dancers, visual artists, painters, graphic designers, make up artists, costume designers, photographers and videographers throughout our activities and we will collaborate with organisations such as Talent House, discovering the best unsung talent that’s out there.

The Dance Music Movement started out as an alternative option to what mainstream youth entertainment had to offer back in the 80s.

Those who lived through the early stages of Electronic Music will tell you that visiting a warehouse in Detroit or a muddy field in the UK was a demonstration of revolt to the offerings of conventional life.It was an entering into a different dimension,away from unemployment, prosecution, judgement, segregation and hopelessness for the young generation.

The aspect of non conformity to “linear values” together with the ingestion of a substance previously used in psychotherapy with great success, allowed people to break down the social,economic and class barriers that existed between them.The feelings of suspicion and judgement got replaced by feelings of empathy and love and that as a consequence, gave rise to the most important cultural youth revolution of our time.

Fast forward 30 years and it becomes apparent straight away that the revolution has been morphed into a very efficient global industry that has more fans than any other time in the past.This industry is so large that if it was a corporation on the stock market, it would find itself on the FTSE 100 index.

Yes,the most important youth movement that has probably ever existed on this planet, is now a multibillion dollar enterprise!

The concept of creating your own universe with your friends on the dancefloor turned into the pop culture idea of DJ superstar worshiping.The DJ booth has become a rock stage on viagra where all kinds of projectiles are used to “enhance the experience for the fans”. An exciting journey into the musical unknown has turned into a pre packaged and pre-cued spectacle that has it’s roots in the culture of megastardom and icon loving.

Furthermore,the same agents and managers who evangelise the global success of the industry and it’s benefits,behind closed doors admit that what they sell is mainstream pop culture.

They are also the same people that, from one hand accept that most DJs are playing the same safe set of tunes at their festivals but at the same time have no objection on cashing in by turning the blind eye to this downgrade of the colourful quality and diverse pluralism that defines this amazing movement.

The bottom line is that the future of the scene lies in our own hands and our actions will determine what future generations will think when they hear the words House Music.

It is time to support the present and showcase the future.

Check out the new episode of TerraFerma’s The Body Workshop featuring Pelle at 19.00 BST Thursday 28th of May below. 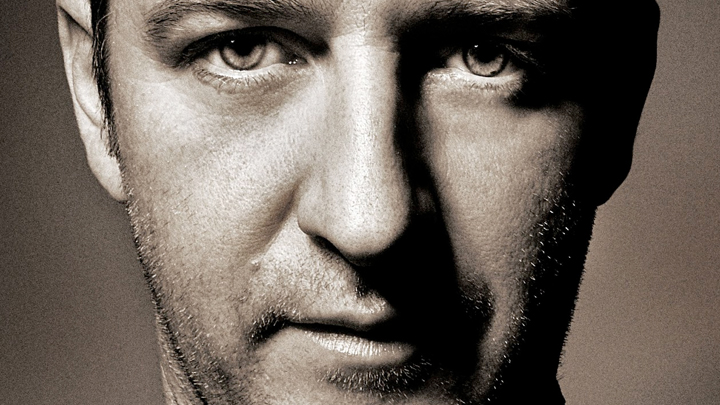