Hideout Festival is once again upon us.

This, is it. You bought tickets last October. You’ve spent 8 months planning to save, considering gymming and oh-my-God-it’s next week! You already have the line-up memorised. You’ve got your boat parties booked, your accommodation sorted. You’re ready to fight your corner as to which DJs need to be seen and which don’t. Those of you that went last year are continuing debate whether it’s all about Pool Parties in Papaya or after parties in Kalypso. Those of you who’re first timers are trying to get your head around the shape of the beast. It’s 12,000 people, yet it has how many boat parties? It’s smaller than most known UK festivals – how is it so insanely famous? Do they really have music 23 hrs a day, for 4 days straight?

We’re not here to give you the rundown, because, well you’re landing in a few hours. Instead, one of our writers has been in Hideout’s hometown Novalja– where he’s spent the last 2 weeks watching Zrce Beach and its superclubs kick into gear (not to mention crash dieting and failing miserably to get the phone numbers of any of the podium dancers before some 6,000 male rivals arrive….). We’re going to give you Ten Tips to help ensure you experience Croatia’s most infamous festival at its best.  Whether you’re a veteran or a first timer, here are some pointers to help make this years Hideout adventure, your best summer yet.

No Boat Party Tickets? No Problem

Couldn’t get boat party tickets on time and now you feel like the lonely kid at prom? Head down to Cocomo every day for 11.30 am. There are usually a couple of spares going on other boats. Still holding out for that one party your mates are on? Head down to the harbour for midday-ish. People mostly mass buy tickets, and normally you’ll find someone whose two mates didn’t make it down. Give him his beer money and you’ll get on the boat.

Croatia isn’t Ibiza yet – but it’s slowly going that way price wise. Also, unlike Ibiza – this isn’t midnight-6am territory, this is a midday-midday experience, so learning the art of the economical pre-Game is key. Plodine Supermarket sells 3-litres bottles of Croatian lager for ridiculously cheap. Drink beer on the beach rather than vodka – that way you won’t be fried by 6pm…

Once you’re on Zrce, head to reassuringly-1990s-looking Euphoria bar.  They do ‘Long Island Ice Tea’ jugs for 100kn – about £11. Here’s the thing – that’s not Long Island Ice Tea – that’s ‘whatever they’ve got in the speed rail’  free poured. Take it from us. Get a few of those to share and you will be on a different planet.

We love boat parties, and sure, they’re definitely a must for Hideout BUT if push comes to shove we might just prefer the Pool Parties. They’re free, they’re every day and they’re absolutely incredible. For newcomers – they look like a scene from a US Spring Break movie. Beautiful people, as far as the eye can see. For Hideout veterans: Papaya and Aquarius have refitted their pools – bigger, & better designed. Boat parties may have captured the Brits’ imagination, but it’s the open air and the swimming pools that puts Papaya club into the official top 100 venues in the world, year on year.

You’ve been awake for 21 hours. You need some chilled down time. Zrce Beach and Novalja’s own main beach are sociable, rammed full of sunbathing revellers and watermelon-vodka set-ups. But if you’re in mind for a few quiet beers and some kip, head down to Novalja beach then follow the walled mud & gravel path that goes into the fields. 15 minutes straight walk later you’ll arrive at a vast, almost completely empty beach – with a shallow sea too.

Have Your Own Boat Party

Group of 3-5 mates? Check. Insanely cheap beers from local Plodine supermarket? Check. Ipod Speakers? Check. Head down to Novalja’s waterfront. For 650 KN (Between 4 that’s less than £20 each) you can hire a powerboat for the afternoon. Cut past Novalja beach and head around left side of the bay – you’ll find yourself at the beach above.

You’re gonna have to eat something other than the pizza slices on sale at some point. Don’t be fooled by the luxurious look and lack of prices on menus at most of Novalja’s seafront restaurants – beers are usually about £2 and a main course is usually about £5. Head to News Cafe just across the road from the Boat party harbour for outdoor seating and good tunes on the speakers.

Most of the apartments don’t have it. Just remember that streaming tunes or uploading pics could start to get costly on 3G. Need your daily media fix but don’t fancy paying for it? Cafe Cissa across the road from Plodine Supermarket has super-quick WiFi (we use it for work all the time) and it’s free provided you buy a beer (about £1.80….)

The Zrce superclubs have pretty fast bar service. But it’s gotta be in cash. There’s only one cashpoint we know of on Zrce, so make sure you visit one of the many on the Novalja shorefront before you head down there. The same goes for boat parties.

….Yeah. So, this happens. If it does, there’s a pharmacy that does morning-after pills over the counter -It’s just past News Cafe about 2 minutes walk from the boat party. Be prepped for vaguely ugly looks from the pharmacy staff….

Do this. It’s hilarious. It’s €50, but it’s a neat view over Papaya on your way down. Maybe last one to buy a round…

We’ll see you there. Look for the crazed bearded guy in the crowd with a camera and a disappointing tan. He’s our man. 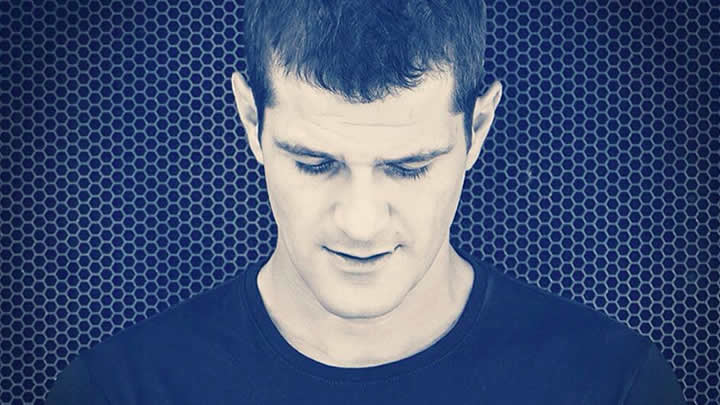