It’s October and the sun starts to set earlier in the sky and the winter clothes start to come out. For the vast majority of people this is seen as a negative aspect of living in the UK, however for those that like to party and party properly, the autumn and winter brings some of the best club nights and line ups that can be found in the UK. Forget festivals, watered down pints and wellies. Think more dark rooms, sweat, loud sound systems and set times where you can fully appreciate a DJ’s sound and record collection.

I headed north to Leeds where I was checking out one of the most highly regarded underground clubs in the country, Mint Club, where local party brand System hold monthly events throughout the year. System started life as a tiny party on an estate just outside of the city centre. For a party of its size, it amazingly managed to attract ravers across Europe, such was its notoriety in an intimate setting. After outgrowing this venue, System’s owners decided to take the brand to another level and bought Mint Club, another intimate club, however with a raised capacity to elevate their booking power to be and located right in the heart of the city. For the last 5 years they have become known as a staple event in the north of England for quality events featuring some of the very best DJs in house and techno. Giants like Marco Carola, Loco Dice, Richie Hawtin and Luciano have all graced previous events.

Fresh from the back of one of their most successful seasons in Ibiza at Sankeys, tonight it was the turn of London clubbing institution FUSE to bring a special showcase to Mint. Featuring a handful of some of their core residents upon which the foundations of FUSE’s success has been built, including: Enzo Siragusa, Seb Zito, Rich NXT and Rossko the Fuse faithful could rest assured a good night was in store. For those that don’t know FUSE it has become known as a label and party that does not compromise, with an original and distinctive sound. Operating predominantly as a Sunday afternoon party in Shoreditch, it focuses on delivering parties where you can hear their deep, dubby, percussive sounds on sound systems that have been refined for that very music. If you have read interviews with Enzo Siragusa you will know that he is not satisfied until a sound system delivers bass at the frequencies that it was meant to be heard at. The label has become known for a respected ethic of allowing the residents that the brand is known for to evolve and showcase the sound dubbed “Fusic” as well as helping to break through some lesser known talent from further afield. With this in mind, a team up between System, Mint and Fuse seemed like a perfect match, particularly with the thought of the gigantic, formidable Funktion-One Mint sound system on offer.

I reached Mint Club at roughly midnight and was greeted by a large queue already reaching half way down the street. Rumbling bass was reverberating on the thick outer concrete walls and the pre-rave anticipation butterflies had kicked in. I made my way through the small entrance area and got straight into the midst of things.

Rossko was the first FUSE member on the decks. He started the tone and pace in perfect fashion with rolling grooves and tribal percussion. A warm, red glow surrounded the DJ booth, a trademark of FUSE parties and a vibe that suits the night to a T. I felt at home instantly and knew this was going to be one of those nights, not about waiting for the headline act to “smash” it, rather about getting locked into the feeling of the music and appreciating the journey. Looking at the dance floor it seemed that I was not the only one who felt this way, as stepping toes enjoyed the early records being spun.

Rossko is known predominantly for his talents as a DJ and this was evident in his blends of current cutting edge FUSE dubs alongside some older cuts that you might have forgotten about. Un-expectantly he brought in Etch by Paleman, this being one of the first records on dubstep pioneer Loefah’s house/techno imprint Schl records and it worked perfectly, met with cheers and whistles from the adoring FUSE faithful. People were appreciating the music regardless of what category it might be labelled as.

We then got the first glimpse of the famous Mint “Disco Panel” display, a one of the kind in the UK and twinned with the design of Watergate in Berlin. Cutting edge lighting that features an LED roof and wall that spans the whole length of the dance floor right to the back of the club. The best part about this lighting is that it can almost change the entire feeling of the room. When you walked into the club you wouldn’t know it was there if you had never been before, as it was completed turned off initially. As it reached the end of Rossko’s set the panel suddenly illuminated to a flashing yellow during a build up into a monstrous, stomping bass drop and then disappeared to darkness again as smoke cannons bellowed out onto the main floor.

The centre of Mint club was now a hive of energy and bodies with people moving in time to the music, as Rich NXT took his position under the camouflage netting that draped down over the booth.  Another core member of FUSE who has been with the party since its early days, he is a DJ and producer with a unique style. The pace continued to roll steadily with Rich NXT starting to move events into slightly darker, hypnotic territory. I made my way through a surge of bodies to get right into the middle of the action, best placed to truly appreciate the Funktion – One system. Distorted vocals over razor sharp percussion and deep bass created a mesmerising atmosphere during his set, as the roof and wall turned into colours of deep blue. Now with barely a single space of floor uncovered in the club, Rich NXT had the crowd in the palm of his hand, in an almost trance like state. The memorable vocals of his own production Instate floated in between the flashes of light in a slower dubbed out edit. Rich NXT is definitely a producer to keep a close eye on over the course of the coming year for expertly crafted underground music.

I took a moment out of the densely packed main room to take a breather in the covered smoking area towards the back of the club to catch my breath before the last action. Closing out with an extended set was a special b2b from Enzo Siragusa and Seb Zito. These two encapsulate everything that FUSE is about and have a close hand in much of the A&R of both FUSE and sister label INFUSE. Not one person in the crowd was ready to leave the doors early tonight. Dancing heads could be seen all the way right from the back of the bar to the toilets, raised platforms and the front of the turntables. Enzo and Seb weren’t going to take their foot off the gas at any point and they launched into the set with some dance-floor weapons, raising the BPM a notch with some of the Enzo Siragusa & Alexkid’s Kilimanajaro productions, focused on the deepest bass lines and jungle influenced rhythms, alongside some new gems like Noctum by Sonodab. You wouldn’t have thought they were at their own closing party just a matter of days ago, such was the ferocity of the set.

One of the highlights of the night was the togetherness and positivity shared from the DJs through to the crowd ,as the FUSE residents could be clearly seen bouncing off each other with smiles on their faces. The previous DJs and crew sharing the enjoyment behind the current performers. The party seems to bring about a special atmosphere that other parties are often lacking and I feel is one of the key reasons to its success.

As one of my favourite tracks from the summer, the A-side from Italojohnson 08, spun on the 1210, the night turned a little hazy as I became soaked up by the revelry. Going way past the original closing time of 6 a.m., the crowd stuck there right up until the final track. Sweaty hugs and high fives could be seen all around as the lights came on and although totally exhausted, everyone left the club knowing they had an unforgettable time. As I overheard whilst in the crowd at FUSE on a Tuesday in Ibiza this summer, “Fuse is not just a party, it’s a lifestyle”. 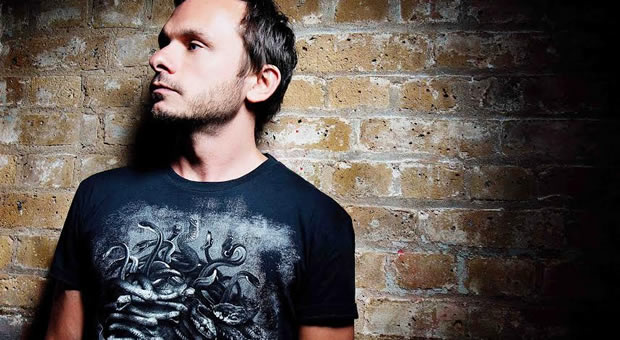