Survival Tracks handpicks the very best tracks of the past month (plus one tried and tested killer), to keep you afloat in the every-growing sea of new music.

August has perhaps been the hardest month yet for drum & bass Survival Tracks. I mean that in a positive way though thankfully, as the sheer weight of top notch tunes made it almost impossible to narrow down a top ten. Before all that though, a quick recap of this month’s news…

DT favourite, Narratives Music, announced a new signing in the form of Concealed Identity. The producer’s dubby style has already landed him releases on Rawganics and J.Robinson‘s Tribe12 imprint, and considering the sparse direction of Narratives’ early works, he seems a good pick for the label.

On the album front, Critical announced the debut album from juke-touting Sam Binga. At a whopping 17 tracks, most of are collaborations with various vocalists and producers, Wasted Days is set to be a big hitter when it drops on September 11th. Shogun Audio also has an album on the way, this time a compilation of material from upcoming and current artists, one of which – Karma‘s ‘Saturation Point’ – is available to stream here. Titled Point Of Origin Vol. 1, this one also sees a September 11th release.

Damon Kirkham – aka Jon Convex, Kid Drama, Heart Drive (with dBridge) and formerly one half of Instra:mental – has announced the launch of yet another alias, Mikarma. Kicking off with an LP named Passes (another September 11th release, this time through Kirkham’s CNVX label), the producer is said to explore his IDM influences and the emotional turmoil of a recent break-up using a restricted studio set up. Also moving away from drum & bass, one of the most interesting developments of the month was the inaugural Grey Area Podcast from Samurai Music. Hosted by Presha, ASC and Sam KDC, the show helps explain the murky, hard-to-define grey area sound pushed in particular by the latter two, and is well worth a listen if you have an hour to spare.

And finally, on the Data Transmission front, Zero Method served up a riotous Mix of the Day, and if you’re of the 160bpm-persuasion, make sure you grab a copy of ‘Origin Sound’, our free download from Texas-based Intager.

The Italian scene has produced some highly promising artists over the past few years (check out the BNC Express roster for example), and slightly naff name aside, Turin’s Jazzatron have been one of the most consistently solid. From eerily empty beginnings, ‘Just Jukking’ moves into tougher territories littered with futuristic bass and clattering breaks – a pleasing continuation of form for Jazzatron and a wise signing for young Leeds imprint, Alchemic Breaks.

As with all dance music, vocalists in drum & bass often play second fiddle to producers. On her debut LP, Sublimation, Riya proves why she has always been the exception to the rule. Utilising a hugely varied array of producers, from Philth and Emperor to Total Science and Zero T, the  shows off her versatility; however, it’s classic liquid rollers such as ‘Wears Me Down’ where she really flourishes. Set against a moody mix, Riya’s sublime lines are given the room they deserve. It’s not difficult to see why she’s one of the most sought after and respected voices in the genre.

Program sets the bar high with its first fully-fledged release of 2015. Bringing together the likes of Stealth, Gerra & Stone, Chris.SU and Noel, the Encrypted compilation further sets the imprint apart from its brash parent label, RAM. Veteran, Bladerunner, presents one of the album’s toughest cuts, pushing woofers to their limit with growling basslines that fall and rise in a call-and-response fashion. Weighty and militant, just like old times.

Hip hop and drum & bass have always gone hand-in-hand, and one MC who really appreciates that fact is T.R.A.C.. Working with the likes of LTJ Bukem, Goldie and Roni Size over the past two decades, the Brooklynite has developed a flow that soothes the erratic nature of d’n’b. Having previously collaborated with the rapper on Liquid V last year, San Fran’s Submorphics expertly compliments his countryman with a spongy guitar riff and oodles of groove. “The crossover that’s not really a crossover,” as T.R.A.C. so aptly puts it.

G.H.O.S.T may be newcomers to the party, but they’re not coming empty handed. First popping up in 2014, the London quartet seem to have the midas touch when it comes to handling breaks (perhaps that’s why their label is called Goldman Records…), something which quickly becomes evident when listening to the martial percussion of ‘Mini Ripper’.  Match this with an enthusiasm that has G.H.O.S.T putting out wax, even when even big labels are struggling due to demand on pressing plants, and these guys are surely onto a winner.

Hyroglifics – Each & Every [Critical Music]

Critical is slowly but surely becoming the home of the hip hop-inspired, footwork-leaning new wave. Ivy Lab, Sam Binga, even Kasra & Enei have had a go, and now Surrey-based Hyroglifics – whose become a label staple over the past year – adds his two cents with  the No Drama EP. Although positively lightweight when set against the booming title-track, ‘Each & Every’ still keeps energy levels up with skittering, Machinedrum-esque hi-hats. It’s strangely cohesive contrasting like this, that makes Hyroglifics such an intriguing talent.

It’s no secret that the Americans have been infilitrating drum & bass for a while now, and the genre is all the better for it. One of the prime examples of why is Seattle’s Homemade Weapons. A master at balancing the all-consuming madness of junglistic breaks with the tension of near-silent space, he is able to construct enveloping soundscapes full of jagged cliffs and sparse, murky bogs. ‘Second Skin’ may appear difficult terrain against cut-and-paste steppers, but it’s worth the trip.

Taken from Translation Recordings‘ second Bassment Beats compilation EP, ‘Abraxas’ brings together two producers with a shared passion for grubby subs and forward-thinking structures. Progressive – but not in an electro house kind of way – the track continues to grow from start to finish, as does a feeling of unease, like the angry monster in front may not be as bad as the one creeping up from behind.

Shanghai-based, Arkaik, has been on a slow but steady rise since first appearing on Diffrent five years ago. A natural affinity for the deep, dark and dangerous has led the Surrey native through releases on Proximity and Dispatch, to his new My Love EP for Flexout Audio, where it is no more obvious than on ‘Wusi Street’. After a short intro and a brave cut to complete silence, the track reveals a vicious step and sleuthy low end reminiscent of Skeptical and EBK‘s work from the turn of the decade, but with a grittier modern edge.

Technique Recordings – the brainchild of Drumsound & Bassline Smith – continues to celebrate its 15th anniversary with the Summer Selection album. As its name suggests, pick of the bunch, ‘Foundations’, cuts down through the very bedrock of drum & bass, to the molten jungle core. Erupting violently into maniacal waves of breaks, dusted with twinkling pads, Conspire‘s track pays a blood debt to the old gods, and they’re surely appeased.

Breakage has always been one to dip his toes into waters other than drum & bass, so his recent ventures into house come as no surprise, especially given the direction Digital Soundboy has been moving. Let’s take things back a step now though, to 2007, when the Londoner dropped what is, for me at least, his finest work to date. ‘Clarendon’ stumbles about in a deconstructed vision of jungle, as Breakage’s unrelenting drum-work, hazy atmospherics and heavy use of spin-back warping the track into masterpiece of dubbed out psychedelia. 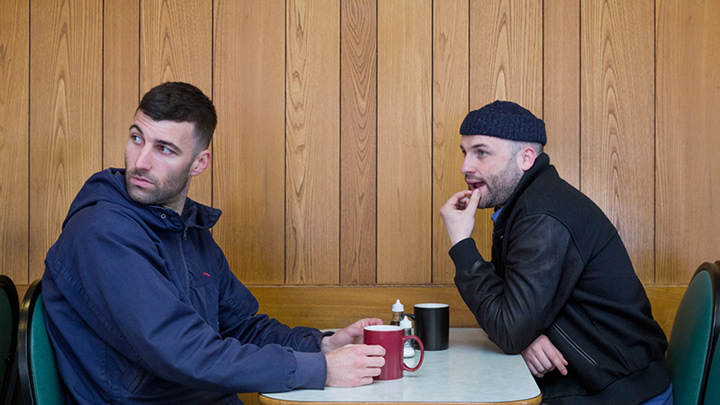