Survival Tracks compiles the five best releases of week plus one golden oldie (although not necessarily that old), that’s guaranteed to get your eardrums dancing.

A quick spot of news before we begin; this week saw Exit Records‘ latest prodigy Fixate drop a free-flowing freebie via his SoundCloud. ‘Precipitation’ offers a minimal but intriguing sonic palette, and if the track is anything to go by, you can expect his forthcoming debut for dBridge’s label to be something very special indeed.

Elsewhere, Need For Mirrors and Bailey wished a happy first birthday to their Soul In Motion club night. The pair were joined by the likes of Optical, Krust, Anile and Phil Tangent to celebrate bringing midweek drum & bass back to London; congratulations guys and here’s to the next one!

Audio proof of why drum & bass is still one of the most interesting and progressive areas in dance music, this track may be a bit of a mouthful but it’s certainly easy on the ear. At 8.5-minutes, ‘What I Was Doing’ is a true epic. Contrast and intrigue are never in short supply as Djrum crushes the life from jittering percussion, whilst simultaneously invoking lush, silky smooth soundscapes. As debuts go, it doesn’t get much better than this; a superb start to the year for both producer and label.

As one half of methodically mad duo Octane & DLR, James Rowbotham produced some of the most unstoppable drum & bass of the (annoyingly named) ‘tweenies. It was a sad day then, when the pair announced their split back at the start of 2013, but having honed his lone ranger impression for the past couple of years, James is now ready to solidify his place at the top of the game, with his debut solo LP, Seeing Sounds.

A particular highlight of the album, ‘The Author’ marries a driving step with a fat slab of beefy low end; and if that isn’t tough enough for you, former O&D collaborator Gusto offers a fistful of brutal bars. It’s also a delight to see EBK back in the picture after a long silence from the previously very promising producer.

Mako – Do You Feel The Same? [Warm Communications]

Utopia boss Mako returns to his old stomping grounds at Warm Comms with an audio ambush. The eerie atmospherics that begin ‘Do You Feel The Same?’ are merely the calm before the storm, there’s barely enough time to relax before ten tonne kicks, rattling snares and a multitude of other weaponry destroys the idyllic scene. Just as coldhearted as the beat, a snippet of female vocal lays out: “I don’t love you anymore”; the same cannot be said regarding our feelings for this track.

Forget the band, Cardiff-based Jack Boston is taking his name in a whole new direction as a rising star of drum & bass. For his second outing on Break’s Symmetry imprint, Boston compliments a deep purr with fluttering pads and drawn out brass. The drums stutter and stumble along, but still provide a solid backbone to support the ebb and flow of the more liquid-infused elements.

As Ivy Lab’s 20 Questions EP is now out on general release, it’s time to talk about ‘Two By Two’. The track is one of several cuts from the release that push the hip hop-inspired sound, increasingly appearing in the underground – particularly thanks to Ivy Lab member Stray. A mixture of vocal clips adds interesting textures to the track, whilst the clunky beat and aggressive low end bring a whole new meaning to the phrase bump ‘n’ grind. Although not all the tracks on 20 Questions are quite as imaginative as this, Ivy Lab are setting a new standard for producers and laying progressive foundations for the genre to build on.

Taken from T.Power’s 1995 album The Self Evident Truth Of An Intuitive Mind, ‘Octagon’ is a shining example of just how utterly beautiful jungle can be. Infused with the sound of the orient, the track skitters along to intricately arranged percussion. T.Power ignores traditional structures, focusing on musicality and aesthetics, and proving without a doubt that it’s not all about “the drop”. 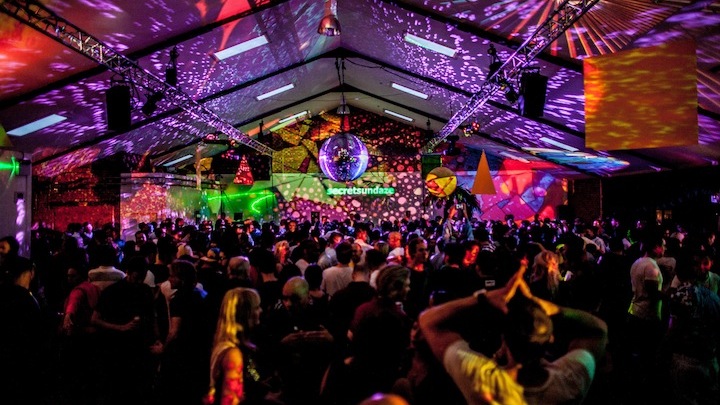