Metalheadz have a rather busy few months ahead of them having caught a glimpse at their upcoming release schedule. With music coming up from the likes of recent signees Ulterior Motive and bass music bad boy Om Unit with some 170+ pressure, expect an onslaught of fresh new material from Goldie’s label. Although no such info yet on the debut album from Jubei, which as I’m aware is finally finished. Time to sit and wait now I guess.

Need to up your drum & bass merchandise game? Well lucky for you Critical Music have just launched a range of fresh new t-shirts for you to look super fresh in now it appears that the nice weather is showing itself. Designed by Snap Clicker and coming in black and white, the simple but clean design is a must for fans of the label and beyond. These should be available to buy fairly soon so keep an eye out.

Subtitles Music have revealed that they will be putting out a various artists album this year. Some very welcome news from Teebee’s seminal label who recently released the impressive Dire Straights EP from Stealth, who I’m sure will be one of the many artists to feature on this forthcoming LP. More news as it comes.

Bad Company legend Maldini has an EP due on Cause 4 Concern’s C4C Digital. Entitled Ghost Town it’s slated for a end of July release. Good to see some new music from the Bristol based producer once more. Check out the clip below for a little taster of what’s to come.

Back after what seems to have been a lengthy production hiatus, Hamilton returns with his brand new Schema EP. A mini album of sorts, there’s a range of different styles on their to showcase the mans skills. Pick of the bunch for me though is the sizzling Overdrive. Beastly techy business from Hamilton I highly suggest you watch the faces you pull to this one. What a way to reacquaint yourself back into people record boxes.

Playaz follow on from the massive Time Tripping by Hazard with the new EP from Jaydan. I highly recommend the double bass skank of 1952, Late Night Drive or the dark rollout of Lonely Days with its rumbling sub low and soulful yet melancholic vocal sample. I dig when the jump up guys make those deeper sounds and Jaydan definitely hits the mark here.

After the success of his debut album Machines, Enei jumps right back in the mix on his new EP Liberation. More tweeter busting breaks from the Russian, lead track Liberation is a collab with label mate Emperor and get your ears round the massive Mosquito because it’s deadly plus the house tempo stomp of Headtop with none other than Chimpo on vocal duties. Digital buyers get The Bonebreaker as an exclusive and consider yourselves lucky as its a biggun. Critical offshoot Modulations have some freah heat from Ruffhouse & Clarity. As expected its minimal but punchy brooding beats from the Bristol producers.

SGN:Ltd gift us some more vibes and beats from the Technimatic boys on the Intersection EP.  These guys seem to get better with every tune they make and the four cuts on offer here keep that statement ringing true. From the tech edge of Sphere to the melodic driving bass of Frozen Leaves you need this in your life basically.

Scienta Music offer up some silly remix action on the Carbon EP by Kollectiv. Featuring the likes of Zero T, Xtrah and Chris SU on remix duties there’s some serious beats on offer if you like your D&B proper.

If you like your beats deep, dark and steppy then you could yourself a favour and check out the latest EP from Genotype on Samurai Music. Lessons In Depth is eight tracks packed with minimal drums and all sorts of dubbed out bass lines, as evidence on tracks like One Rain and Jam That Feel. Absolute mood music in abundance, perfect for the systems and for the headphones crew too.

On the album front Rawtekk have Sprouted & Formed on Hospital Records sub label Med School Music. With track titles such as A Magnanimous Kind’s Will, To Be A Space Monkey and Skrotum Left Its Dwelling (no, I’m not making those up) its a curious mix of neuro funk as heard on one of the albums high points, Photone Recruits and ethereal downtempo cuts such as Halo and the distorting Merry Anna. Certainly worth investigating as the neuro bits are pretty sick. 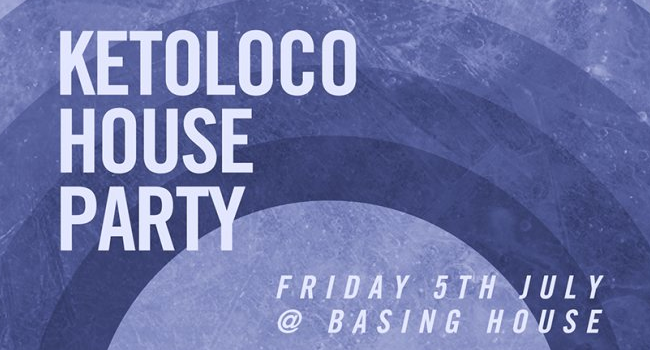