The last time I saw Submotion Orchestra was in an ancient Amphitheatre in Croatia, after a day sat by the beach drinking cocktails. So when I next saw them on a miserable evening in North London I wasn’t expecting to be blown away on that kind of level. I was wrong. Once again the band stole my heart with their performance and the outside world disintegrated with each song, they could have been performing in a sewage pipe for all I cared.

Not that I’m comparing HMV Forum to sewage… Having never been there before I was pretty impressed with the building, with it’s beautifully decorated concave ceiling and the red cushioned benches in the balcony. I looked around and noticed how diverse the age range was, a young couple lay sprawled out over two benches to my right, a group of forty somethings who seemed pissed already sat precariously at the front of the balcony and a sweet old couple sat behind. It is incredible to think that a group of musicians with such diverse inspiratsion can bring together people from whatever age range.

Not that that is surprising when the music they produce is second only to the way they perform live. Having listened to all four studio albums on repeat in the week leading up to the show I thought I had almost exhausted the emotion from them, drained my eyes and ironed all my goosebumps. But as they burst into motion it was as though I was listening to them for the first time all over again.  Everyone in the group is just intense and passionate as each other on that stage, and their connection as people as well as musicians comes through in their performance.

At first glance you could think that Ruby Wood is the star of show with the voice, her looks and particularly her elegance, then Bobby Beddoe cuts in with trumpet and you can’t think of anything but, until the rest of the band erupt with an energy that fills the entire room. Your eyes turn to Danny Templeman on percussion and Ruby’s at his side drumming away. There’s no fight for the limelight only an explosion of energy and passion that bounces off everyone on stage creating an electric performance that is impossible to draw your eyes from.

The only lull in this energy for me came from a couple of tracks of their latest album, Alium. Having listened to it in full before the show I was eagerly anticipating hearing new tracks performed live, to see something fresh and raw alongside the classic songs I had come to love. And there was a raw sense to these, but in comparison to Hymn for Him for example which was at points difficult to watch, some tracks from the new album just could not compare. Having been written over two years in the remote Welsh countryside perhaps parts Alium came to life less naturally than previous material, and in some ways this is reassuring. I wouldn’t want to wish the emotional burden than seems to come through many of their tracks on any one.

That’s not to say that these new tracks lacked emotion, particularly in the case of Victim of Order and City Lights (a personal love on Alium), I guess when you have created such beautiful masterpieces in the past it’s a lot to live up to within yourself. Talking of beautiful masterpieces I have to pass comment on my elephant in the room. As much as I try not to put a particular song on a pedestal with any performer there is no denying that I have a favourite, and with the reaction from the crowd every time it’s performed I’m not alone in my opinion. The night drew to a close, inevitable encore included, and this favourite of mine had seemingly been missed off the setlist. Then that unforgettable two chords slipped from Taz Modi’s fingers… ‘Could it be you calling me down?’ The audience fell into a trance singing along every word. All Yours has never failed to move me, each element softly serenading, singing out just to me. All Yours. It’s in the name. And for a song to seem so personal to audience of any size really is a feat.

As a whole the performance blew me away as per usual and I barely took my eyes from the stage, despite the annoyance of people having a chat behind me, and the amateur flash photography coming from every angle. As a band that have set themselves the highest of standards and having performed in some phenomenal back drops they stood their ground fully and made me fall in love with themselves and their music once more. Thank you Submotion, you are a diamond in the rough.

Tickets are still available for the remainder of the tour, online here 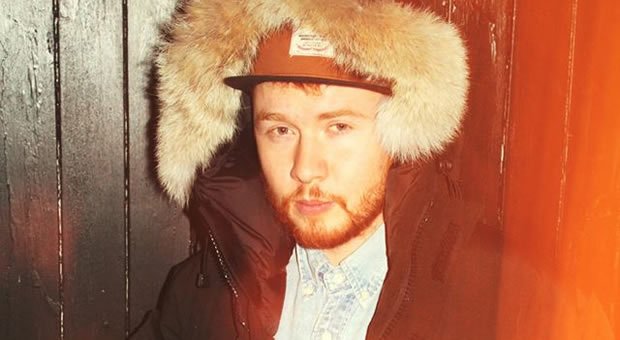