The Story So Far… Jordan

Probably  too  modest  to  admit  it,  Jordan  McCuaig  has  been  instrumental  in  the  development  of Northern  Ireland’s  clubbing  community.  Now  staking  his  claim  as  one  of  Belfast’s  leading underground  exports,  Jordan  joins  the  long  list  of  homegrown  talent  putting  Belfast  on  the  map; joining Bicep, Phil Kieran, Optimo’s JD Twitch, Ejeca, and more.

Starting young with his first gig at the  age  of  13,  Jordan  has  been  fighting  for  the  right  to  party  ever  since,  first  as  a  selector,  then producer and most recently label boss, with his Nocturne Music imprint launching last year.  2016 has been Jordan’s biggest year to-date; with the launch of his own imprint Nocturne Music and the release of his EP, ‘Killing Mockingbirds,’ with remixes from Adesse Versions and Borrowed Identity. Acclaim came from the likes of Thump, DJ Mag, XLR8R, Ransom Note and more, with vinyl-selling out on first  run.  This  year  Jordan  also  joined  Tiga’s  Twin  Turbo  family,  releasing ‘Coup  De  Grace;’ a classic-feeling record that showcased Jordan’s natural flair for production.

Jordan has been DJing on his home turf for over a decade, as well as gigs at iconic UK clubs like Back to Basics,  Mint  Club  and  Cosmic  Ballroom.  It  all  began  as  a  rebellion  toward  the  city’s  licensing  laws, throwing  after-hours  sessions  in  venues  from  noodle  bars  and  hairdressers  to  cafes  and  art  galleries. Having now progressed into legit club collectives, Jordan can now be found alongside Timmy Stewart at his  residency  The  Night  Institute  and  previously  at  his  own  Nocturne  parties,  where  Jordan  welcomed Gerd  Janson,  Move  D,  Session  Victim  and  San  Soda  to  Northern  Irish  shores. Jordan’s own Nocturne Music imprint acts as an outlet for his own productions, alongside remixes from those influences found in his extensive and eclectic sets week-in-week-out.

As he releases his new EP on Huxley’s No Idea’s Original Imprint, we spoke to him in our new series about the five highlights of his story so far in his career.

Oddly enough I started working in the clubscene many years before I actually started clubbing. I’ve told this story many times, so one more won’t hurt. I got a set of decks for Christmas, aged about 13. Belt-drive decks from the Argos catalogue if I remember correctly. I sent a poorly mixed tape (yes, a tape) into a Radio One competition, ended up getting through, and played my first gig to 2000 people, and it was recorded for a BBC TV programme. Naturally, being dead young, there was general media interest, the usual gimmicky hype, in hindsight, but that flung me into playing clubs every weekend for past 13 years!

The next 5 years or so was when my technical skills really formed. I played everywhere from old man bars with broken soundsystems to 10,000 festivals live on Radio One with my early mentor Fergie. These years were great fun, a teenager driving up and down Ireland with my best mates every weekend to play hard dance music – what’s not to love? During this time I took in Ibiza, London, Lithuania, and quite a few festivals and large venues. It was very exciting.

When I started seeing the club from the other side of the decks, it all started to make a lot more sense. When I was about 16, and having had being actually DJ’ing regularly for a few years before that, I started going to parties and clubs such as Belfast all nighter Yello, where I then became a resident, and Belfast clubbing mainstay, Shine, who I still play for regularly. Seeing DJ’s like Audion, Derrick May & Richie Hawtin cementented my love for the electronic side of dance music, that reflects the music I make now. Around this time I began to move away from the faster dance music styles I’d been playing regularly, and experiment with the trippier side of house & techno. I started declining the gigs I’d been playing previously, and luckily it worked, as shortly after, I began getting gigs in the venues I had been partying at, and it all started to make sense.

My the age of 18, I felt like I’d been doing the same thing every weekend in Northern Ireland for years, so accepted the offer to move to Leeds to study Music Technology. I was excited at the prospect of a new music scene, later nights and of course learning a set of essential skills. As expected, the late nights happened, the studying, not so much, but I still graduated, and met some friends for life. We were going to parties like Back to Basics, and Mint Club every week – both of which I ended up playing, and we began throwing our own parties under the “Clique” banner. This was the first time I had really booked guest DJ’s, which was a sign of things to come. We booked Ryan Elliott, Gary Beck and more, pooling together our student loans to throw expensive parties for our friends, and lose lots of money. It was great fun though, and gave me my first taste for throwing guest-led parties, despite having ran my own nights whilst at school. We threw basement parties, parties in pubs, parties at the O2 academy… it was good, but I needed to get out of the city before I lost my mind in a non-stop city.

Upon returning to Belfast after having been away for four years, it was evident that the place had moved on a lot since my departure. There were new generations of clubbers, new generations of DJ’s and I had to really find my feet again, as a new scene had developed since I’d been away. For that reason I began throwing my own parties under the name “Nocturne.” My first party was an all-nighter in an art gallery, and my first guest was Timmy Stewart, who funny enough became a prominent part in the years to follow. The Nocturne parties were thrown in Asian restaurants, noodle bars and cafes until eventually I thought it wise to go legit. I then began bringing guest DJ’s to Belfast, with Huxley, Session Victim, Gerd Janson, Tom Demac etc popping in. As I began to launch my next venture, The Night Institute, Nocturne continued as a record label outlet for my own music, with remixes from artists I admire. Adesse Versions & Borrowed Identity offered up remixes for the first release, which received plays on Radio One, and the second release is in the works now, with Tuff City Kids having offered up two great remixes!

Possibly the most important stage to date, has to be the launch of our weekly party, The Night Institute. The plan was simple, create an environment where people want to go each week that isn’t based around guest DJ’s, but are guaranteed to hear the music they are passionate about. Myself and Timmy Stewart are the two weekly residents, and we launched just over a year ago and slowly but surely, the party started building a loyal and enthusiastic following. Most recently The Night Institute launched in a brand new club space in the city, called Foundry and is catering Belfast’s insatiable demand for electronic music. Despite being resident-led, we are not adverse to bringing over artists who’s music is being played in the club. Mike Dunn, Harvey Sutherland, Denis Sulta & Kornel Kovacs have all played to sold out parties on occasion and it all feeds back into the overall ethos of the club. In 2017 we plan to launch a TNI record label, and explore the options of parties outside of the city as we develop the project further!

Check out Jordan at https://www.facebook.com/jordannocturne/ and his Late Night Libertine is out on Huxley’s label No Idea’s Original which you can get here 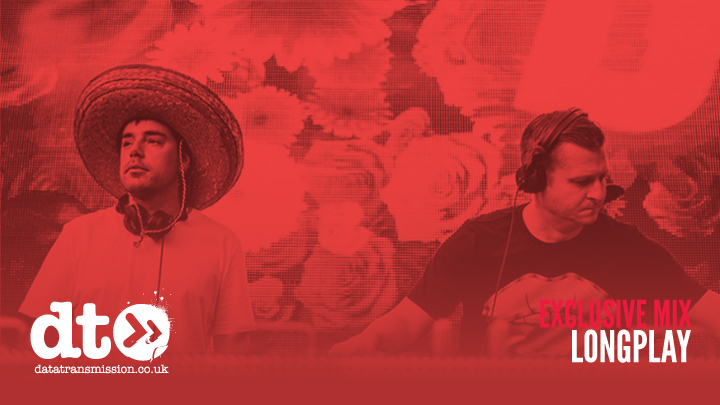