There’s what sounds like a luxurious range of live instruments on this album. What was the palette of different sounds you were working with?

All types of strings. As a lark, after listening to the Violent Femmes and loving Brian Richie’s acoustic bass on their first album, I decided to buy a cheap Fender. I’ve always been a guitar player and I find it much easier to come up with chord progressions and melodies using that interface, whereas I’m pretty much with a piano keyboard.  Around the same time, I purchased a few outboard effects units from Lexicon and Eventide, and playing into these choruses, flangers, and delays immediately transports me to shoegaze-dreamland. So, it was really easy to build up some basic layers and guitar-based pads during these experimental sessions.

I also started to really fantasize about non-fretted stringed instruments, which is when I bought the Japanese Koto and the German Zither. I’d been expounding on this theory that all world cultures have their own variation of the same instrument whether it’s a hammered dulcimer in North America, or a German zither, or Hungarian Cimbalom, Chinese Guqin and Guzheng, or Japanese Koto. I love how the tone and resonance are similar across all of these instruments, but the performer localizes the sound based on his melodies. I didn’t want to sound like regional folk music, but I loved the timbres and wanted to adopt them.

Also, I really needed to reconsider the role I wanted the drums to play. Once I left dancefloor aspirations behind, I didn’t need the drums to dominate the mixes anymore, so I probably spent weeks on each track raising the levels by 1db, lowering them by 5db, and then bringing them back up again. I’ve been playing a lot of my drums from a Korg Wavedrum lately because many of its ethnic drum models are quite complementary to electronic music without necessarily sounding ‘tribal’. An African frame drum produces a long deep sine tone, like an acoustic variation of the analog kick drum.

On an aesthetic level at least, ‘Ivory Tower Broadcast’ is drawn from a mix of electronics and live instrumentation, and there’s a sense that you’re exploring the interaction between the human and the electronic; what were you trying to do here?

I see the human and the electronic elements in my production as indivisible. Or, to be more honest, I did perform most of the parts on this record, but I don’t view it as a ‘performed’ album. People always ask me if I play an instrument and I always joke “yeah, badly…” I don’t practice every day, and I have no qualms about chopping or reversing something I’ve played. My goal in playing all of these instruments is more about harvesting their timbres than presenting myself as a “real musician”. There’s a concern that if the recorded performance is too pristine, I’ll fall in love with it and try and preserve it. At that point, I’d become some other kind of producer. Also for fun on this album, there are many acoustic sounds that are from digital samples, and electronic sounds that were performed live. It’s cool to mix the two sources so thoroughly that the end result is cohesive and monolithic, rather than simply adding a new ingredient to an already established sound.

The harmonic elements are very strong, though often in quite unconventional ways. What were you trying to do here, was it an intentional effort to subvert?

When it comes to musical theory, I guess I know enough to be dangerous. I’m sure there are some unconventional juxtapositions but I expect they’re the result of merging different parts and getting used to the results during replays. I didn’t intentionally pursue discordant melodies or anything, but if they do occur it’s often a happy accident that I will leave in. Occasionally when listening to hip-hop I’ll hear a similar discordance jump out due to layering different samples (before time-stretching was perfected) and it sounds cool. Part of the benefit of recording instruments as an imperfect performer is that there are negative artifacts like badly played notes or background noise, and while these mistakes are often cringe-worthy when soloed, they can become happy accidents in the context of the full mix.

There’s also a strong emotional core running through the album, as it moves through the more upbeat moments to the deeper interludes. How would you explain the album’s arc?

It has taken me decades to become comfortable with producing emotional music, and part of that acceptance has come from recognizing that there are hundreds of singular emotions besides joy and sadness, as well as multiple emotions at the same time. I realized that some of my favorite songs captured a happy/sad feeling like in The Sundays’ ‘You’re Not the Only One I Know’, where I want to just explode with smiles and goosebumps and tears, and I have no idea how to express what I’m feeling with one adjective.

Similarly, I find it difficult to describe why I’ve sequenced ‘Ivory Tower Broadcast’ in its current order. It’s more based on feeling, than anything I can describe. I knew from early on what the first and last tracks were going to be, but the journey in the middle was based more on how the tracks segued together. For ‘Ivory Tower Broadcast’ and future albums though, I’m clear that I want to present a wide varieties of tempos and timbres, yet transition smoothly between them. In a way, I view the transitional moments as a mechanical function, a trompe l’oreille to smoothly distract the listener from the changeover in order to enable the emotional change to occur without distraction.

You had the chance to unveil the album at Boiler Room in September, and to really play a proper live set too that represented the album. Were you happy with how that gig went?

Yeah, I was very happy about it and felt triumphant afterwards, because it came about at the end of a very difficult month for me, where music and life and career responsibilities all coalesced into the busiest and most nerve-wracking period of my life. I suspected bookings were coming up so I was pretty good about preparing the material in advance, but I felt pretty nervous about the whole thing since I hadn’t performed live for a good year and a half.

I was only a bit disappointed that the DI box that my Koto was plugged into died right before I was supposed to begin. We tried to fix the issue by plugging the instrument directly into the DJ mixer, and you can see me flailing with the cables right when I’m getting my introduction. But there wasn’t enough gain, so I couldn’t hear what I was playing through the monitors, so I know I played some bad notes and I wasn’t able to use the volume pedal for swells and subtlety. But at least it was nice to break that barrier of adding a real instrument. I’ve since played more shows with a more reliable live configuration, which have proceeded much more smoothly.

Finally, what’s planned for the rest of 2014 around the album?

I’m excited to release a video for ‘Rose Machine’ made by my friends Shin & Emi who make videos as Usaginingen.  I‘m ready to play live shows if the offers come through, but right now that’s pretty quiet so I’m already working on my next album. I hope it won’t be another 6 years before you hear from me again. 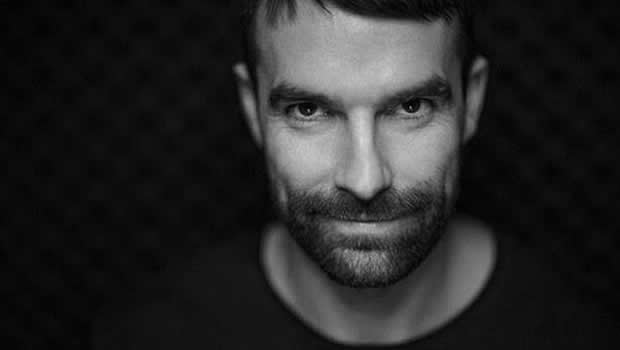