“I don’t go crate-digging for old stuff, ’cause honestly I pretty much have everything I’ve ever wanted,” chirps Steve Lawler‘s Brummie accent, down the phone from VIVa Music headquarters. Revealing to Data Transmission the contents of his loft – a veritable man-cave of vinyl and memorabilia collected over two and half decades as a DJ – Lawler is in full nostalgia mode. “All my records are in alphabetical order by artist and it’s beautiful up there. I’ve got all my old residency flyers on the walls in frames, from Harlem Nights and Midweek Session.”

It’s easy to see how a man with a library of 25,000 handpicked “gems”, who’s gone from illegal raves to Ibiza residencies, could be partial to a trip down memory lane; but for Lawler, the trick isn’t going back to the past, but rather, bringing the past to him. Since dropping ‘This Is Acid’ back in 2013, Lawler has been pushing for an old school revival, and is only too happy to see the rest of the house scene follow suit.  “When you use all your vintage equipment, your track ends up sounding old by default,” says Lawler. “And what I’ve been doing in the studio for the last couple of years is going into my library and pulling out music that just like, I’m like a kid at Christmas up there y’know! It’s so exciting going through all these old records; it brings all these memories back to me of a certain time, a certain era.

“That kind of inspired me to brush off the dust and rebuild my studio, and by doing that, everything that I’ve been making – all the singles you’ve been hearing on Seth [Troxler]’s label Play It Say It, my recent release on Hot Creations, ‘City Nights’ and ‘House Record’ – they’re all old school feeling because they’ve been made on old school equipment.”

Although content with his collection of classics, Lawler’s firm belief in the magic of vinyl leads him to regularly top up his library with new music: “Sometimes I’ll buy a vinyl copy of something I’ve had digitally; like the Apollonia album for example, you hear that on vinyl and holy shit you can clearly hear the difference!” He strongly supports the concept of vinyl only releases too, with a 12” of his own, ‘Inna State’ / ‘Recuperate’, set to launch Dennis Ferrer‘s new vinyl and analogue only imprint, OBJ Analogue, in February. “I made [it] on literally 4 channels,” says Lawler. “All the drums came out of my 909, the synth came out of my Voyager, the bass came out of my Moog.”

Lawler’s own VIVa Music label reflects this passion for plastic too. The label’s next release, a homage to acid house by Monday Club (a mysterious new double-act who’ve yet to be revealed, but have both reportedly seen huge success in the past, even crossing over into the charts), is set for release on 180g vinyl with a full cover sleeve. Lawler describes the design as “a big acid house smiley face, but like a Commodore 64 computer version” and goes on to reveal how Luke Solomon‘s epic 12.5 minute remix of the track ‘Blackout’ is, for him, “the best thing Solomon has ever done”. Yet Lawler is already predicting a loss. “Just to break even we’d have to sell 5-600 copies,” he tells us. So why bother? Well, it seems the corporate machine hasn’t extended its grasp over the entire music industry: “We’re doing it because it’s still a fine art form that we truly believe in. And I’m still a collector, so I have a bit of a love affair with that kind of thing.”

The times they are a-changin’ though, and Lawler understands he must strike a balance between the past and present. “There was a stage where I was playing vinyl last year,” he muses, “but honestly, nine out of ten clubs that I turned up to either didn’t have decks, didn’t have styluses, or the decks sounded awful, or the sound system just wasn’t EQ’d correctly to play vinyl.” Having now made the full transition to digital DJing – his weapon of choice being Traktor – Lawler recalls the nightmare of transporting vinyl: “I know everybody has this nostalgic thing about playing records, [but] it’s a crock of shit really, because the reality of it is, I toured for what was it, 15 years, carrying record boxes, losing record boxes and now with airlines, they wont let you take them onboard, you have to check them in, there’s too many variables.

“Cassy played for me recently, and she turned up with 2 crates of records and she had to check them in; I said to her ‘Are you not afraid that you’ll lose all this?’ and she said ‘Yeah I lose records all the time’… I couldn’t deal with that!”

Lawler goes on to explain how moving to digital has added a whole new dynamic to his sets, editing tracks on the fly to create unique moments at each event. “My performance matters to me,” he enthuses. “I want it to be the best it can be, so I use tractor, with loads of loops and samples and sort of offer a level of production with my DJing.”

This “level of production” will no doubt be on show this Friday, when Lawler heads to Bristol’s Motion, for the first ever VIVa Warriors show in the city. “I haven’t played Bristol myself in quite some time,” he says, “let alone Warriors shows, and I know there’s been some amazing parties [there] over the past few years. People I’ve spoken to – Eats Everything, Seth – these guys are playing there quite regularly, and I know there’s been quite an integral seen going on. There’s a lot of people in Bristol that obviously know their shit when it comes to music.”

Lawler plans on using this Bristolian wisdom to his advantage, treating the crowd a bucket load of brand new material and gauging their reactions. “I’m just in the studio at the moment working on my remix of Azari & III’s‘Reckless With Your Love’, so that will get its first ever airing on Friday. There’s also new tracks that I’ve got coming up on different labels, and we’re working on some pretty special re-edits,” he reveals.

We’re given yet another reason to grab a ticket too, when Lawler announces he’ll be cutting his schedule back to around 80 dates this year, a marked drop from over 130 in 2014. Lawler’s summer will be particularly less hectic, restricting appearances the weekend only, save for Croatia’s Hideout Festival. The reason for this both noble and practical; Lawler explains how running VIVa, working in the studio and touring internationally has him working seven days a week, and now, with a second child on the way, he feels the need to make more time for his family. “I realise that being a father is the most important thing in my life. It’s the single biggest responsibility I’ve ever had. I love being a father, I take pride in it, but I can’t do it all, it’s just physically impossible,” he admits.

“I’m focusing on the quality gigs and on the gigs that I personally love,” continues Lawler, and with the 2000+ capacity venue expected to sell out, it’s certainly set to be a gig of the highest calibre. “The last time I played Bristol was so many years ago [that] it was a different scene really, so it’s like playing somewhere new for me,” says Lawler eagerly. “I’m expecting great things to be honest.”

Nightowl present Steve Lawler and his VIVa Warriors, Detlef, Anek and Ttandom at Motion, Bristol on Friday 30th January. Get your ticket here. 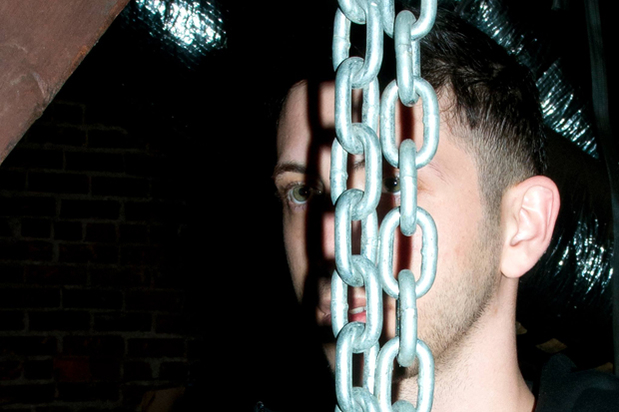