A festival so effortlessly cool it stands at the forefront of the world’s most pivotal musical experiences. In it’s twenty first year and housed proudly amongst Barcelona’s streets, Sonar’s venues blend slick modern architecture with historical grandeur decadence. Combining simplistic festival ideals with impeccable musical programming, it delivers an understated yet world-class platform with an estimated one hundred thousand people attending over three days.

Sonar by Day placed perfectly in the heart of the city showcases a chilled out display of electronic music’s elite. Headlined by Plastikman, Trentmoller, Jon Hopkins and DJ Harvey amongst many others, Barcelona’s blazon sun touches every reason why the festival has created it’s own pedestal. With so many throw away festivals disappearing as quickly as they started, Sonar’s class, wisdom and meticulous planning seems to be the key.

In its tenth year and playing host to Red Bull Music Academy’s SonarDome the stage highlights artists from the academy’s universal roster. From Japan’s Emufuka to the USA’s Octo Octo and New Zealand’s Louis Baker, it’s musical selection is done with impeccable precision. Rinse FM’s T Williams drops Ten Walls smash ‘Walking With Elephants’, Elijah & Skilliam with Flava D put the UK’s grime scene on the map and Buraka Som Sistema prove just why they are touring the world to crowds as far as the eye can see.

With James Murphy and 2 Many DJ’s taking over the Despacio for six hours each day the mojito bar was the perfect accompaniment to it’s disco fuelled beats. Twinned with an adorning atmosphere and incredible sound system, 10 CC’s ‘I’m Not In Love’ was the only fitting anthem to play out the end of a three day eighteen hour party.

Sonar by Night bought the balancing Yang to the Yin of the daytime’s festival with dark expansive spaces within the Fira Gran Via exhibition hall on the outskirts of the city. High airy ceilings, escalators, easily accessible bars and rarely found immaculate toilets. Presenting Richie Hawtin, Loco Dice, The Martinez Brothers, Boys Noize and Tiga as just some of the headlining acts; its line up was almost as impressive as the venue itself. Stand out moments on the Friday saw Kaytranada play an incredible set at SonarPub with a full moon placed perfectly above the stage. Gesaffelstein totally destroy SonarLab followed by Evian Christ with an unexpected Hudson Mohawke finale.

A guy whose recent second coming has bought a much needed soul and wisdom to the dance scene dominated Saturday night. Nile Rodgers and Chic set alight SonarPub with the distinguished crowd singing every word to Sister Sledges’ ‘We Are Family’. After a non stop-touring calendar, Rudimental show one of their strongest performances to date, a band growing in strength with the size of their crowds. Bromance Records creator Brodinski makes his mark on Barcelona’s foundations with his heart rumbling bass rattling all the right notes.

As the morning sun comes up an electrical thunderstorm closes the end of the festival in dramatic perfection. Sonar is a festival for the music world’s realest fans. Tailored to those whose heart is in the music with an in built respect for the artists who make it. If you love the mud and chaos of being amongst nature’s elements then this may not be the festival for you. If you’ve been there, experienced it and want just the best bits then Sonar has all the right answers. 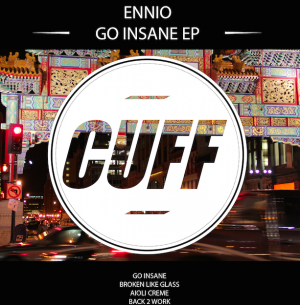