Like beyond the wall North of Winterfell, its mystery and majesty lures in unsuspecting souls every year. Driven by the desire to ski, drink and party, the snowcapped palace of hedonism that is Snowbombing 2015 once again opened its doors.

Blind folded and loaded onto a bus the Taken party was our first expedition into the unknown. Driven for miles we were taken to a secret location where Hot Since 82 was set to play. Due to the incredible snow storm descending down upon us the bus had to stop half way up the mountain on the final leg. We had to walk up the icy slopes, red sticks of fire in hand until we reached the party inside a chalet/restaurant/club. The venue felt very intimate and as soon the drinks started to flow the music sent everyone onto the dance floor for a very unique night.

Up the mountain an incredible venue awaited those who rode the ski lifts. Set inside a giant igloo the Arctic disco is one of the highlights of festival. Even before you enter you are greeted with unbelievable vista views of the mountains and slopes around you. The sun beating down and slowly descending for a special sunset. People gathering on deck chairs, some sitting around the giant fire. Inside the party got started. Dubfire and James Zabiela playing tunes that raised the heat levels inside so much drips of water and sweat dropped from the roof of the igloo.

Raucous venues like The Racket Club, Europahaus, Bruck ‘N Stadhl and Arena played host to a multitude of artist all week like Jackmaster, Doorly, Citizen, Hannah Wants, Fat Boy Slim, Huxley, MK and Andy C. This year most venues implemented the cashless electronic wristband system meaning you had to top up your wristband to buy drinks.

Artwork played a blistering set amongst the mounds of meat at local institution Hans the butcher. Normally full with eager customers waiting to get their hands on ham, beef and ribs, they were treated to an exciting set whilst they munching on sausages.

The Bruck ‘N Stadhl at the very far end of the Mayrhofen strip is a venue that became the beating epicentre of nocturnal naughtiness at Snowbombing. If you wanted to party till the early hours then this was your second home with attendees jokily christening it the Berghain of Mayrhofen. Part club and part kebab shop it already stands out as a venue but with the likes of Heidi, Watergate takeover, Martinez Brothers, Modselektor and AME playing incredible house and techno sets it was without doubt the place to be for the true music lovers and became the final stop of every night out.

David Rodigan MBE hosted his Ram Jam night at Arena. Playing his normal seminal set of reggae, dub and mash ups, it was like another master class by the maestro. Then from the side of the stage a young pretender stepped up and joined Rodigan on stage. Skrillex. After a little chat he jumped on the decks and played an impromptu 20 min reggae set that had the crowd bouncing and lifting their lighters in the air.

For those who wanted to venture out during the daylight there were plenty of activities. From workout sessions with Mr Motivator to yoga in the snow or snow-ga. Plus pool parties and stages and venues like Rompas Reggae Shack, Mountain stage and Snowpark Terrace. The possibilities of skiing/boarding and après ski were endless. If you kept an eye out you could see artist enjoying themselves on the slopes including Skrillex who was out boarding most days. Rodigan obviously stayed clear in case he jumped on his board also.

The Forest party was one of the most eagerly awaited venues and events of the festival. With the likes of 2manydjs, Idris Elba and Rudimental playing amongst the trees the stage that could easily have been the home of the Ewoks. 2manydjs played an eclectic set of dance and indie classics, Idris Elba ventured into a more deep tech set and Rudimental delivered a ska, reggae, drum and bass high tempo performance that had the crowd jumping and clambering onto each others shoulders. As the last song came to an end fireworks exploded in the sky. Illuminating the night and enriching an already momentous evening.

As we made our way to the inevitable final leg of the night at the Bruck ‘N Stadhl, the church bells began to ring, echoing through the streets on Mayrhofen. It wasn’t on the programme but it was obviously Skrillex doing one last impromptu bell set bringing the week of madness and revelry to an end. 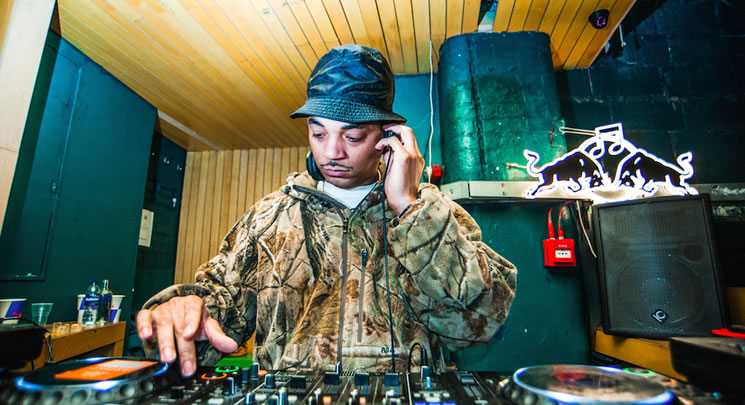