Slowburn: From Dublin To Detroit

Slowburn are Phil Long and David Hargadon, an up-and-coming Irish duo with a love for all things house. Two fine producers in their own right, the boys’ take on classic sounds has already led them to esteemed outposts such as the vinyl only label, Appian Sounds and Lakuti’s always on-point Uzuri imprint. Their latest release sees them do the business for Irish label Lunar Disko, itself a vehicle for high-spec, clued-in house music. Featuring two Slowburn originals and a solo outing from both Dave and Phil, it’s a tantalizing effort that showcases their talents with some esteem. We caught up with the lads recently to find out what’s what. Expect to hear much more from Slowburn soon…

How’s everything in life for you guys right now?

Phil: Everything is going great at the minute. I recently moved back into to my dad’s house and into my old room again and I’m most of the way there in terms of getting my studio equipment set up. Apart from that I’ve just been enjoying the Irish summer.

Dave: Yeah, all is good for me too. I’m in the process of moving house at the moment so things are hectic with that. I’ve totally outgrown my small studio room though so I’m looking forward to having more space in the new place.

Obvious question – but how did you guys meet one another?

Phil: I actually warmed up for Dave many, many years ago at a party called Acii Disco in Dublin, which was a weekly club night in a venue called Switch. We got along really well from the get-go and stayed in touch after that.

Dave: Yeah, that party was about eight or nine years ago now and after that night I’d constantly be bumping into Phil at other parties around Dublin. We’d be burning the ears off each other about music-related stuff so it wasn’t long before we became really good mates. All that then developed into putting on parties and playing at different things along with some more of our mutual mates.

And how did the idea for Slowburn come about?

Phil: I remember Dave had a Nord lead 2 and Ableton in his house and he used to talk to me about the idea of trying to get some stuff down. It took me a while to actually give it a go as back then I was happy enough just playing records. When I did, it opened up a new window into sound and putting them together into a composition.

Dave: Yeah…I had decided to try and get into that side of things and bought a couple of bits of hardware and Ableton Live etc. I was having a lot of fun messing around with it and I started telling Phil he needed to start getting into it. That soon turned into the two of us just jamming and after some weeks of doing that it just developed into something and we had loads of finished music.

And how do your tastes compliment one another?

Phil: We usually take turns doing drum-programming versus putting the main hooks down, and I’d say we would have different approaches to both. I suppose that’s the beauty of having two people as you can grab ideas from the other person.

Dave: When we work together our approaches meet somewhere in the middle and we both feed off each other in a way. We never really sit down and try and write a particular sort of track; it’s more just sitting down and seeing what happens when you’re making stuff and so we’re both always just happy to go with whatever way it may go.

Who have been the biggest influences on your sounds?

Phil: Everything from the west-end disco stuff to NYC garage, then the sounds of Chicago house and Detroit techno and even electro. Everything has a place.

Dave: I’m pretty much the same as Phil there. The biggest influence would obviously be the Chicago/Detroit stuff, but electronic music wise, disco, Italo and electro would all be amongst my influences.

Is the scene in Dublin every bit as exciting as it’s ever been for you? Do you still get to play out much?

Phil: To be honest, I wouldn’t really venture out too much at the moment as there’s a bit of a lack of small venues in Dublin that host the more intimate parties. There’s still interesting stuff going on like the Out to Lunch parties, but they’re just not on that regularly. We used to do a party called Gary’s Gang with a load of our friends which was really great. We’d take turns so everyone got a chance to play, and you’d always hear much better music down there compared to what was happening elsewhere!

Dave: Dublin’s going back to a phase of bigger clubs and bigger parties with bigger names, so yeah, there is unfortunately a limited supply of smaller intimate parties, which would be more up my street. There is still some good stuff being put on by the Out to Lunch guys – which Phil mentioned – and the Breakfast Club. Those gigs are always worth going to.

A lot’s been made of the closure of the Twisted Pepper. Was this a venue that you’d a real affinity with?

Phil: In the early days we used to go there religiously when it first opened up, although I guess over the last few years we might not have been in there as frequently – maybe only for some of the one off specials like Jeff Mills or someone like that.

What do you think the closure symbolizes for the scene as a whole?

Phil: I’m not really sure to be honest. There’s still a load of clubs in Dublin where you can go out and have a good night. Maybe it’s a transition period to the next thing. Who knows?

Dave: It’s all cycles I suppose. Nothing lasts forever, but as Phil said there’s still loads of parties going on now in the city and the fact that they’re bigger capacity venues shows that the ‘scene’ is probably stronger now than it was a few years ago. If Twisted Pepper closed five or six years ago then there would have been nothing really else to take its place. 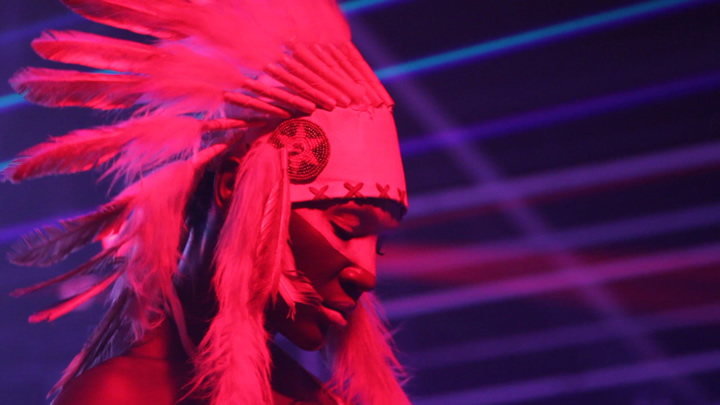