San Proper is a bit of an Animal

Holland’s San Proper is one of the most inspiring and passionate musicians you will meet in electronic dance music. His love for the music and the party is immediately apparent, as is his colourful persona. With a run of releases on record labels including Perlon, Dekmantel and Rush Hour over the course of around fifteen years, San Proper has indisputably staked his claim amongst the ever-growing contingent of quality artists from the Netherlands. When you meet him however he remains humble and grounded, shying away from conversation about where his career may be headed. Having worked on productions with Ricardo Villalobos and Laurent Garnier editing one of his breakthrough releases, he is currently in the midst of launching his own Proper’s Cult imprint.

DT caught up with electronic music’s first rock star to discuss obsessive-compulsive traits, God and Satan. Beyond the headline-worthy persona is a perpetual thirst for creativity and expression. Today San’s productions are hands-on with him often incorporating his vocals and guitars into tracks as well as substantial analogue input. The product of a youth spent traversing the genre spectrum is essentially a vivid sound, very raw, that metamorphoses from one EP to the next. This simmering volatility also permeates into San’s sets, and it is this elusiveness that is perhaps his plat de résistance.

Hi San. We’re looking forward to hearing about your summer and upcoming label launch. Can you just start by telling us why you got into electronic music though? Did you have much of a musical upbringing?I started listening and playing music at an early age and picked up the guitar at 10. My brother helped me out here, he had a four-track and a bunch of instruments in his room where I could record, it felt good and it was fun, that’s why I got into it. The career was never an option, it was predetermined from the get-go. Passion and persistence did the rest.

What happened was that the first bands I played in were all doing different genres and that’s what taught me a lot about the different genres and music styles. The stuff I then started writing when I was 12 or 13, and recording in my brother’s studio, was more like Ska and P-Funk related. A kind of fusion. It was messy, very very eclectic also. It’s always been in my system, I guess since playing in different bands, and that broad base of influences can be seen also with the mixes I do and put out.

Do you still listen to much Ska and P-Funk?Not really, more like Rocksteady stuff and Roots Reggae music. That’s actually the stuff I started out with when I was playing records in the beginning. Just playing 7” and I still enjoy it. I actually went to see George Clinton and the P-Funk All Stars last Thursday. So, I guess nothing much has changed in a way!

For an artist very much recognised as wearing your heart on your sleeve, do you feel more able to express yourself in person through DJing or through your productions?Both work out well for me. In fact, it feels essential for me, producing music and performing music is like Ying and Yang.

On the subject of releases, you clearly worked hard in the studio last year including the release of your album “Animal” on Rush Hour Recordings. Have you again tried to spend a lot of time in the studio this year?Yes, it’s quite obsessive. It is like something deep inside of me that I’ve just got to do. Compulsive is probably a better word.

The title track on the album “Animal” was big. Where did the inspiration come from for it.Can’t really explain this well, but I’m sure you often detect the animal which is still inside all of us. When I wrote the track I was probably up to something distinctly naughty, wild and primitive…

Your recent releases include the “Groundfloor/Afterlife” EP and the “Auto Sea” EP. “Auto Sea” also coming from your “Animal” album.For the “Groundfloor/Afterlife” EP I recorded much of the noise, the groove and the hook in an elevator in London, the track for me is all about the craze and the party. “Auto Sea” is also out now, it’s the last single off the album which we’ve released on Rush Hour. We’ve also got our first 5-track release on Proper’s Cult coming up which is the new label that I’m putting out, together with Rush Hour Recordings.

What’s the vibe you’re looking to portray with the label?The genre is kind of hard to put my finger on. It’s very hard to come with a specific term for this. I actually started it out, hoping to release other stuff than my own material, but since I’m producing so much all of the time it makes sense to put out my own stuff on my own label also.

Are you working on anything at the moment? If so, will you be releasing on Proper’s Cult?Yes indeed. The “Auto Sea” (RHPC00) EP that’s out at the moment is a limited release and I will soon follow it up with an EP of new material “(RHPC01)”, but I’ve also got some other artists to present on the upcoming releases. 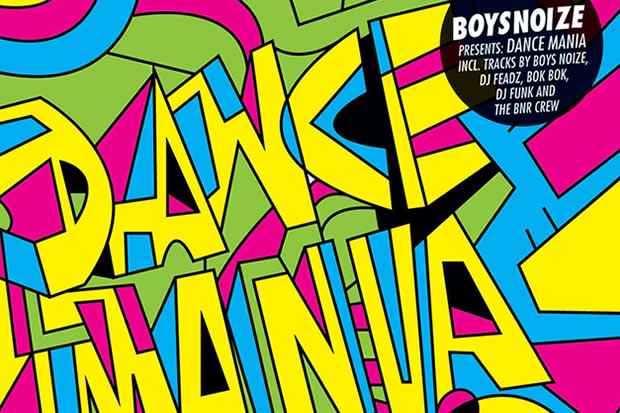