A drum & bass prodigy since his early teens, Owen Clarity, marks his progression to fully-fledged album producer this winter, with the release of Infinite via Berlin’s Samurai Music label. Following acclaimed outings on Horizons and Exit, the Bristol-based producer’s debut LP (which has been kept top secret until now), is set to take centre stage as Data Transmission head off to London’s Plan B for a night of moody subs and whiplash-inducing percussion.

In actual fact, the Brixton venue boasts a double helping of Samurai album debuts; downstairs, in the smaller of the two intimate, pillared rooms, Tokyo’s Ena launches his own Binaural LP. A personal penchant for the obscurer end of the spectrum leads us to kick things off here, with the excellent selection (if somewhat dubious mixing) of Adam Elemental. With a line-up that boasts the likes of dBridge, Paradox, Loxy, Sam KDC and label boss Presha, one could be forgiven for wanting to hop between rooms constantly, thankfully though, set clashes aren’t too devastating.

Jungle stalwart Paradox steps up next, offering up a live performance utilising his 23-year-old sequencer, which he admits could give up the ghost at any moment. As lively and roughneck as expected, his set throws modern classics such as ‘Crate Logic’ together with ’90s favourites. Despite the mean, metallic steppers, Paradox keeps things light, musing on the mic and switching tracks whenever he’s “bored of that one.”

Sadly, before we know it the “breaks that sound like proper breaks” are over and Paradox is packing up; however all is not lost, as he makes way for the man of the hour, Clarity. Having essentially already achieved the drum & bass dream – sharing a booth with, and signing tracks to, some of the biggest names in the game – Clarity shows no sign of stopping. The one they call Skywalker delivers obsidian black beats, that give us high hopes for his LP. Having developed his brooding signature style at such a young age, Clarity brings a whole new meaning to the phrase ‘troubled youth’, but we’re certain the drum & bass world is better off for it.

Next we set our sights on the Beanie-clad man from Japan, Ena, and within moments we learn three very important things:

1) Drambuie goes down far too easily.

3) And Ena is one of the most forward-thinking DJs on the circuit.

This unassuming fellow has been a key figure in the Japanese scene for over a decade, in which time he has developed a wholly unique style. His long, unpredictable blends are addictive; half subtle charm, half menacing darkness, Ena’s selection demands full attention from the room.

We’re ushered back upstairs as Ena signs off, closing Room 2. The hour is late (or early?) and despite our aching limbs, there’s one final match up we can’t afford to miss: Samurai chief Geoff Presha going back-to-back with the legendary Loxy. As expected, the drums get hard, the bass gets heavy and darkness ensues. The two veteran DJs compliment each other perfectly, leaving our heads reverberating to the sound of 170, long after we’ve drifted off into the morning. 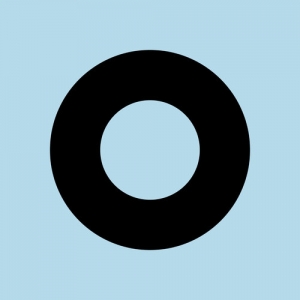