Few DJs and producers in the contemporary domain are as celebrated as New York native, Roger Sanchez. A true proponent of what made deep house so special in the 90s thanks to his work at Strictly Rhythm, Sanchez then achieved considerable chart success in 2001 with his house classic, ‘’Another Chance’’. Since then he’s held massive residencies in the likes of Ibiza, while his latest work sees him return to his S-Man guise for the Hard Times label; an imprint that was among those who championed Sanchez from the get-go. We caught up Roger recently, as he gave us the lowdown on where he’s at right now…

What does a typical day consist of for Roger Sanchez then these days?

Usually dropping my daughter off to school. Then studio, then pick her up and do homework. Then more studio, then sleep, then repeat! Then it’s airport-gig-studio-repeat… you get the idea!

The reality is he isn’t that different – I have never been one to lose the plot and party until I’m off my face. I was as focused then as I am now, though now I’m a bit wiser and less trusting than I once was.

Cool. Musically, what do you consider the most fertile period of your career?

Now. The present. Always the present – I constantly have new ideas but now feels so much richer – it’s like the 90s but with social media!

So does the music still excite you as much as it ever did?

Absolutely! I have to be honest, there were a few years where dance music seemed locked in a bit of a rut and everyone copied everyone, but I feel that initial excitement has returned and I’m all about it!

You seemed to have gone through a period in Ibiza where you were playing Pacha all the time, and then you almost disappeared for a while. Was that a conscious thing?

I had a very focused period of time then and as it happens, management entered my life and rerouted my focus for a while and I had to separate from certain people and regain my perspective. But there was also a conscious decision to pull a bit back and allow myself time to creatively reconnect. I am fully reconnected and reinvigorated!

We’re glad to hear that Roger. The island has changed a lot over the years. Do you reckon it’s in a good or a bad place these days?

Ibiza is neither good or bad; it will always be a bit of both. I love the island as it is a beautiful place with a stunning atmosphere and people but Ibiza is what you make of it. For me it has always been a second home.

Now, if you could tell us a bit about the S-Man. How did the S-Man start off all those years ago? And what made you want to start it in the first place?

I started the S-man in the 90s, as my Roger Sanchez productions and song writing began to become more popular and more song oriented.  I wanted to still express the raw side of my music and DJ sets. Hence the S-man was born.

What were you doing before you became a music producer by the way?

I was a breakdancer and a DJ in my much younger days!

You should bring that back too! We’d love to see you bust a few moves… So of all the projects that you got involved with over the years, did you always think the S-Man one was the one that you’d be resurrecting in 2015?

Actually, I didn’t really think about bringing it back until about 2012. That was when I decided I would bring him back. I saw that music was returning to a primal stage again and it excited me. The slumbering S-man awoke and I had to give him free reign.

So many kids these days are getting their heads buried in classic Strictly Rhythm records and the like. What do you make of how the house scene has almost come full circle in a way?

I love that the new generation is researching the source of their sounds the same way I did when I started. It’s a bit comical to me to realize that I am one of those sources as I feel a bit of a kid again with what I am doing as the S-man. It seems the S-man never grew up!

So…new Strictly or old Strictly? If you had to pick!

Wow – Old Strictly had an innocence about it that is impossible to recapture. I wouldn’t trade those days for anything. But new Strictly is about the future while respecting the past. I’m going to hold that thought and see how new Strictly turns out before I answer. Ask me that in 2 years time and I’ll let you know!

So did you play at many Hard Times events back in the day? Do you remember the first time you played in the UK? What was it like?

I was a regular at the Hard Times events back in the day. There was an energy and devotion that crowd had that was magical. The very first time I played in the UK was with Todd Terry on my very first Strictly Rhythm tour and I learned A LOT about the industry during that week from Todd. I will forever be grateful to him because of that.

And what would you change about the modern scene if you could?

I would definitely make it more about the people and crowds in the scene rather than egos and comparisons. I feel certain scenes are attempting that but for a while there was a lack of that. Also I would focus on local scenes a bit more.That was something magical when this all started that is a bit lost today.

What else can we look forward to from you this year?

A LOT of new S-Man and Roger Sanchez music coming!

S-Man’s Time 2 Stop (Remixes) is out soon on the Hard Times remix. Until then check out the S-Man mix he delivered for last year below. 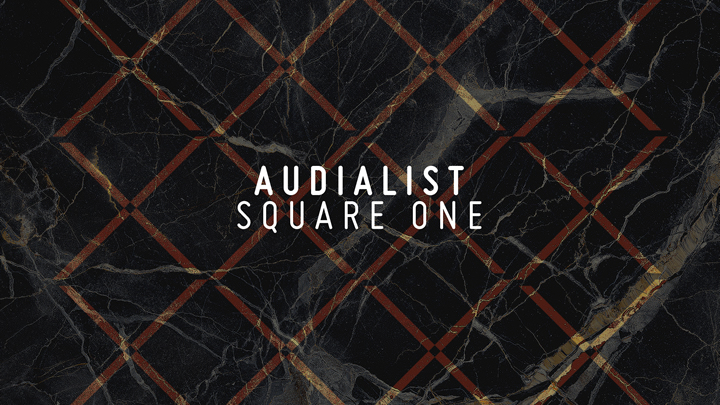